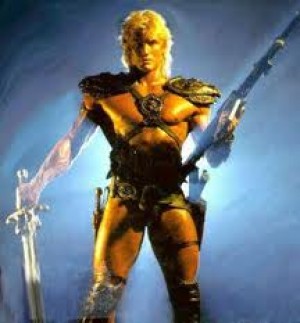 The Spring 2011 issue of The City includes an insightful piece by Wilfred McClay on “The Illusion of Mastery” in public policy.

When the “will of God” no longer suffices as an explanation for death and suffering, the unfortunate realities of life must be considered accidental and mostly preventable through some form of techne. Rather than bowing before tragic necessity, we have potential mastery over our fates, and are largely responsible for what occurs. Events have causes which we can identify and master, or certainly can scapegoat someone when mastery does not occur.

While we can expect a proliferation of scapegoating, a good deal of the responsibility for mastery falls upon ourselves, with a corresponding growth in anxiety and dissatisfaction—“the more we claim mastery, the more it will all be our own fault.”

Consequently, the masters are increasingly trapped and paralyzed by fear; as McClay puts it, the men of the future will not much resemble the Ubermensch but look “more like an obsessive-compulsive handwasher” living in constant fear and doing their level best to control illness, death, and the wheel of fortune. Mastery brings a small life of fear and risk management, and a constant sense of conspicuous busyness in making things better and reducing potential fault.

We see this in ways both big and small, from those who assume that “They” should just do something to fix and avoid the threats of reality, to the small ways we obsess about safety and litigate over the smallest hurt—this could have been controlled, this shouldn’t have happened!

In an edited volume called The Virtues of Ignorance, Bill Vitek and Wes Jackson claim that a “knowledge-based worldview” is the cause of our sense of mastery and “both makes possible and drives the pursuits and principles that typically get all the attention: individual freedom, economic growth, scientific progress … liberty.” They suggest a balancing force, namely the virtue of ignorance, admitting that we do not know how it all hangs together and that much could be learned and gained by attempting to understand and follow the limits of nature rather than overcome and alter them.

Despite that wisdom, the purveyors of knowledge keep at it. Stephen Hawking has suggested that we prepare ourselves to migrate to space to avoid the calamities awaiting us on Earth, others hope to avoid governmental influence through seasteading islands on the high seas (aka, hell), and most of us simply obsess about caloric intake and bike helmets. Various symptoms of a single pathology, one which insists on referring to every unexpected bit of suffering as “tragic,” as if it simply should not have happened.

Of course, we are free, responsible, and should work to improve our lot as individuals and as fellow humans, but a great deal depends on whether we do this in a mode of ignorance/prudence which tends towards slow muddling along, always aware of the risks of insane attempts of paradise-making, or whether we choose the anxious sentimentalism of mastery. Having very little control over fate, we can govern our own character and choose, in great hope, the limits of prudence, working faithfully to reduce needless suffering, but avoiding the madness and smallness of soul accompanying a choice of utter mastery.

If Sartre is Right

The Leased of These