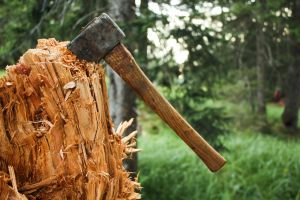 One pernicious aspect of our age is its commitment to techne, the quasi-religious belief that all manner of things shall be made well with the right tool, expertise, specialist, or method. All that is, is to be controlled, subdued, and tamed. Like the White Witch and her wand, or all those lured by the Ring of Power, we trust mechanisms and forces much more than we do the agency of our own character and collaboration with others of solid character—we have no patience, we are unwilling to bear things.

The taming of the world assumes mastery, and, moreover, mastery over the inert, the formless, the merely factical. If the world mattered, if it bore the glory of God, the density of Being, the imprint of Logos, we might stand before it in wonder, humility, or piety.

If reality had weight, purpose, we would not assume it served us, that it existed at our (for our) pleasure and whim; instead, we would acknowledge the “rights of the real” and our obligation to act in conformity with what the real gives us in its basic generosity.

An older tradition claimed that all things sought their own perfection, but such seeking was not isolated or individuated only, for one aspect of perfection was the capacity to give being to another, even to give of one’s own being to another. The greater a being, the greater its capacity for perfection and the more it could give of itself. A rock could give very little, merely standing in its physical presence to be used or known; a plant could have more presence, not only taking in nutrition but giving of itself in reproduction, food, and organic matter for other life; animals could do all this, but also interact, and relate; humans could do the same, and love and be loved.

Technique does not wish to allow reality to present itself, to give its presence, but rather seeks to take, to have, to bend. It does not love, it subdues.

For those of us worried about the character of our time and our people, slow conversion to the loveliness of things is the task at hand. So much to do, so many bad ideas, so many neglected fences and overgrown windbreaks, so much overgrazed pasture, so many used and discarded persons. Each idea needs replacing, each fence mending, each windbreak pruning, each pasture fallowing, each person restoring, but we’re in it for the long game, we need to think in terms of centuries, not years; of cathedral (re)building, not petition signing. And the long game ahead needs the conversion of our loves, our advertence to the loveliness of the real.