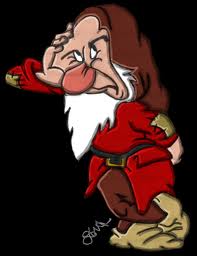 Local man Jim Wheeler has finally had enough of the free website Front Porch Republic, which boasts an annual budget of less than $500. Although Wheeler contributes neither money nor content to the site, and has no connection with it whatsoever, he is so selflessly concerned with its success that he has decided to go public with his feelings that the site fails to always live up to his standards.

“I’m not asking for too much,” said Wheeler, taking a brief break from filling Front Porch Republic’s com-boxes with his usual line-by-line rebuttals to more than a dozen recent posts, a task to which he charitably devotes more than half of each waking day. “When I head online, I don’t just want to be able to read long-form cultural commentary and analysis that is cogent, penetrating, insightful, and free. I also want to play my part in ensuring that it is ideologically correct.”

Wheeler said that Front Porch Republic (FPR) sometimes compares unfavorably to at least three of his other most-frequently-visited sites, which together have a combined annual budget of $15 million and full-time staff of 24. “Each of those sites publishes almost twice as much content as FPR,” noted Wheeler, “and they’re way more active on Twitter. It’s like FPR doesn’t even care.”

Front Porch Republic has especially irked Wheeler by allowing its volunteer authors to occasionally publish pieces that present opinions which do not entirely coincide with his own. The politically conservative sites that Wheeler frequently visits “almost never publish anything with which the CNP [Council on National Policy] disagrees — and if they do, they have the courtesy to publish an immediate retraction,” gushed Wheeler. “I doubt that FPR even runs its posts by Ed Feulner or one of his lieutenants before going live with them. It’s a freaking disgrace!”

At first, Wheeler attempted to deal with this dire situation by gently correcting authors in the com-boxes. But as the errors and heresies mounted, he found that stronger measures became necessary. “I moved pretty quickly to what I considered light facetiousness, but it just didn’t do the trick,” Wheeler lamented. Phases during which Wheeler engaged in snark, sarcasm, open mockery, and ad hominem attacks followed in quick succession.

Yet FPR persisted in pursuing a course characterized by philosophical diversity and intellectual independence, which last week finally threw Wheeler into a rage. He now uses not only FPR’s com-boxes, but other Internet blog outlets as well, to voice his anger and disappointment at this free site’s unpaid writers’ failures to deliver daily content with which he is in complete agreement. “FPR owes me and other readers the website of my desires,” stated Wheeler. “If that means that I must provide the *correct* viewpoint after every post, by God I’ll do it.”

“But eventually I’ll need to be paid.”