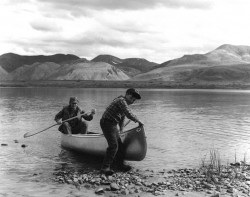 In Milan Kundera’s The Unbearable Lightness of Being, the character Tomas is an inveterate womanizer, a man who takes notes on the particular physical differences, however minute, of the women he seduces. He is light, and free, and must find some difference to be able to distract himself from the boredom of it all. One of his conquests, the naive Tereza, manages to spend the night with him, although he had never spent the night with a lover, as it was one of his cardinal rules that he “should exclude all love from his life.” And here she was, asleep, holding his hand, linking herself to him, clutching on, weighing him down, and “an aura of hitherto unknown happiness” finds him. So much so that they both begin to look forward to sleeping together, of sharing a bed and invariably holding hands; the narrator says, in a poignant line, that “I might even say that the goal of their lovemaking was not so much pleasure as the sleep that followed it.”

He’s happy as he loses his lightness, as he becomes heavy, and real.

But is it worth it? Kundera opens the book by referencing Nietzsche’s doctrine of eternal return and its heaviness, asking if heaviness or lightness is preferable.

But is heaviness truly deplorable and lightness splendid? The heaviest of burdens crushes us, we sink beneath it, it pins us to the ground.… The heavier the burden, the closer our lives come to the earth, the more real and truthful they become. Conversely, the absolute absence of a burden causes man to be lighter than air, to soar into the heights, take leave of the earth and his earthly being, and become only half real, his movements as free as they are insignificant. What then shall we choose? Weight or lightness?

As I look at the way we are now, I see a people who wish to be light, free from the weightiness of responsibility, limits, duties. We want sex without fertility, food without calories, endless consumer goods without (observable) environmental degradation, religion without law, divorce without fault, mobility without loneliness, bodies without aging, entertainments without limits. We want our freedoms to be endless and without cost, allowing us to float free from now this to now that, casting off identities and  responsibilities like old clothes discarded.

Of course, to those who are unbearably light, nothing is more repugnant than weight, but we are in our very natures called to weightiness, for we are moral agents, responsible for all.

Whether you think of the text as Holy Writ or mere literature of the past, the early chapters of Genesis indicate to us with bracing clarity the choice before us now. The human emerges from the dirt and yet is somehow responsible for the dirt, capable of tending, keeping, filling, and ordering the very dirt from which he is. The human is told to build, till, improve, cultivate–to husband (in the old sense) the cosmos as its responsible priest. And yet he is to exercise this creativity within the limits of fidelity, for he is steward and not Creator, always dependent, and obligated to be responsible.

How will we make our world and ourselves? Will be we unbearably free, infinitely light, using our creative capacities to cast off our responsible nature and soar into the beyond? Or will we be heavy, using our skill to tie ourselves into the loam from which we came, hoping to be faithful to obligation, duty, and the task of responsibility? Will the tapestry we weave have substance, or just the play of newness, with the shuttle undoing all that has been created before?

And yet, weight is difficult to bear, especially for those of us weaned in an age of the insufferably light.

The Symbolism of a White Sidewalk