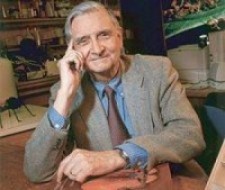 Devon, PA.  DePaul University in Chicago has many distinguished qualities.  Most striking among them would seem to be that it is nominally a Catholic university, and yet not only are most of its students not Catholic — many of its students are unaware of its religious identity.  An acquaintance of mine was once touring the campus, and stopped to ask an undergraduate whether he believed the school adequately fulfilled its Catholic mission.  The boy responded with confusion, and finally anger, insisting that DePaul was not a Catholic school and never had been; he resented the very suggestion.

A charlatan administrator at a Catholic university, I once was told, solemnly declared, “What makes us a Catholic school rather than a secular one is . . .” he grew still, not with sober portent, but with the frozen, reaching, blank stare of uncertainty: “Well,” he finally stuttered on, “it is concern for the individual.”

One admits, this may be a reasonably well put answer, given that most institutions of higher education do indeed have contempt for human persons even if they all but pray to the individual as a fetish.  They inculcate philosophical materialism.  They induce a contempt for community.  They espouse a sentimental morality that can find fulfillment only in “confronting one’s privilege,” by engaging in “activism” to get some supranational body or another to legislate the absence of pain as a human right to be solved by “global initiatives.”

The students who run such a gauntlet come away believing a convenient concatenation of things: truth is “relative,” and yet they smirk with absolute contempt at anyone who believes a truth that binds them.  Their divorce-culture emotional dependence on their families grows, even as they become inured to all other particular attachments.  They become incapable of productively exploring any serious questions besides those of race and sex (indeed, they do not believe there are any such questions to be raised).  They conclude that the History of the West is a vacuous tale of power, the pursuit of power, and those who suffer at the hands of the powerful.  Thus, they resolve to be left alone, to make as much money as they can so that they will not be numbered among the powerless; and their sensibilities are reformed in such a way so that their conception of good will is to vote for whichever political party promises to help the distant poor with the omnicompetant hand of technocracy.  The sale of indulgences by the Catholic Church only promised to relieve penitence of temporal punishments; the regime of administered society, in contrast, forgives us every sin so long as one guility submits to is programs of altruism.

The reader familiar with the verbiage of the culture wars may pause over such a claim.  Is not the usual complaint that radical professors are indoctrinating our youth in radical communist ideologies?  Well, yes, sort of.  For some five or six girls in a Womens Studies course, the world will become a plain for consciousness raising and drum-beating for the reproductive rights of the oppressed, and for some dozen guys whose chief interest is a rather groggy version of ultimate frisbee, a major in Global Wrongess Studies will lead them to become telemarketers for the cause, earning pay checks by toiling in the sweaty phone banks of an evening.  For the other, as it were, 99%, instruction in the hermeneutics of suspicion and the illiberal curriculum of victimization leads them to conclude, “Columbus got his, and so I might as well get mine.”  And this is merely a more aquisitive way of saying, “If truth is a lie, nothing really matters.”  Nothing, that is, but matter.

I doubt that most Catholic universities do anything to moderate the act of soul killing in which their faculty blithely disport.  And yet, if one were, for a moment, to take seriously this supposedly Catholic “concern for the individual,” one would have to admit it is perfectly consistent (on these terms) with DePaul’s potent Catholic mission that it should invite E.O. Wilson to speak during its commencement proceedings this weekend.  Wilson, the entemologist and factotum, certainly has a concern for the individual:

While being interviewed for the 1999 Canadian radio series “From Naked Ape to Superspecies,” Wilson stated “if all humanity disappeared the rest of life would benefit enormously…the forests would grow back, the whole Earth would green up, the ocean would teem, and so on.” However, “If the ants were all to disappear, the results would be close to catastrophic.”

You see, DePaul’s Catholic mission charges it with concern for the individual.  The individual ant.  And what is a swarm of ants, but all those wonderful individual ants seen together?  Such is no light spiritual burden, and I am glad to see that DePaul takes it so seriously.

As I have contended repeatedly on this site, the contempt for human life and for nature more generally that the contemporary environmental movement, the population control movement, the normalization of sodomy movement, and the more wide spread contraception and abortion mentality routinely display is grotesque and staggering, looked at in isolation.  But as my little screed above judges, our great universities are fashioning the souls of students just so that they are incapable of seeing ugliness and untruth for what they are.  It is indeed a lofty privilege and a noble dignity — one worthy of gothic towers and ivied walls — to rob young people of the capacity to believe they were born for any purpose beyond sterile fornication, docile office work, and consumption in the technomarketplace — all seasoned, let it be remembered, with just that mode of sentimental moralism that will endorse the likes of Wilson as an elite policy wonk to solve our creaturely crises.

Our day’s version of liberal education would now seem to entail a morbid self-contempt, and a recognition that the image of God lies not in the intellect that crowns creation, but in the efficient ecology of the supernumerary swarm.  True liberal education tells us that freedom lies in nothing less than the dwelling in wonder of the Beautiful.  As those clever hermeneutists of suspicion rush to tell us, such an object of wonder comes with a politics.  Indeed, it comes with a politics, and a physics, and a theology — I do not deny it.  That is why to think well is to change one’s life, and to detach these things from one another is to falsify oneself.  The supposed intellectuals of our age, utterly immune to the grace and wonder of reality, also offer us a politics, a physics, and a theology, one zealously asserted by those who take to heart such words of E.O. Wilson: a theology that take’s man’s birth for original sin and his extinction for “Gaia’s” salvation; a materialist physics of empty space, endless motion, and atmoized matter; and a politics of guilt that looks with disdain upon that not very efficient species of ant called man.