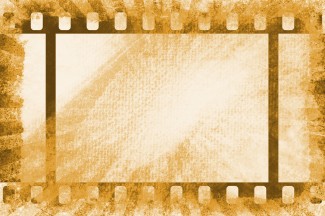 At the film festival in Cannes this past summer and at the Toronto film festival in the fall, Nick Cassavetes brought to the screen his new film Yellow.  It is about a woman mired in addictions, haunted by scrambled memories, and living in chaos. I admit that I have not seen the film. My description is taken from trailers and reviews I found on the Internet. There have been many films about tortured souls and self-destructive addicts, and I doubt this new film will capture the imagination of audiences on the poignancy of those themes alone. Yellow is getting attention, however, because it pushes another boundary. It plays on the theme of incest.

Incest is not a new theme in drama. Sophocles wrote Oedipus Rex 2,500 years ago, and since Freud reintroduced this Greek tragedy into psychoanalytic theory a century ago, it has been played on stage, portrayed by film, and studied in college classrooms. Therapists know that thoughts about incest and actual boundary violations in families are not as unusual as most people think. Nevertheless clients who tell these stories usually believe that breaking the taboo sets them apart, and the shame is painfully isolating.

Cassavetes revives the drama of incest once again, but he is no Sophocles. In fact, the contrast could not be starker. Sophocles explored the tragic possibility that mistakes made by fathers continue as a burden for their children. Despite every effort to escape them, hidden misdeeds keep torquing the course of fate. Sophocles suggested that there is no way to erase the violations of honor and duty without facing them and paying the price. Fate is relentless and just.

In discussing his new film with a reporter from The Wrap, Cassavetes takes the opposite view.  He explains that “the whole movie is about judgment, and lack of it, and doing what you want.” We should be able to love who we want, Cassavetes asserts. “If it’s your brother or sister it’s super-weird, but if you look at it, you’re not hurting anybody except every single person who freaks out because you’re in love with one another.”

I don’t know if I will see Cassavetes’ film, but what he has said in this interview strikes me as interesting in its own right. It voices a modern, all-purpose trope that we hear so often it barely stops us for a second thought. It is the idea that “freedom” is the principle that trumps all other concerns, and that what other people do is not our business. Put simply in Cassavetes’ words, “Who gives a damn?” What other people think of us should be of little concern to us.  Again, to use Cassavetes’ words, “Who gives a shit if people judge you?”

The filmmaker claims we all should be able to do as we like as long as it doesn’t hurt anybody. If we can convince ourselves that we are not hurting anybody—except those who are freaking out—then it should be green lights all the way. Not only is this Nick Cassavetes’ view of incest, but it also appears to be his take on morality in general. His view is shared widely by those who believe that escaping the strictures of external rules is a new mark of “virtue.”

The “new virtue” is the undaunted will of an individual who will not tolerate external interference. It is paired with a “new vice,” which is being judgmental about what someone else does. According to this view, problems arise not from the choices people make, but from the judgments other people make about those choices. Although I am not certain what Cassavetes thinks about incest, because the central character of his film is deeply troubled, it is clear from his interview in The Wrap that he thinks freaking out, i.e. being judgmental, is not a good thing.

Questioning freedom is not popular these days, and it is hard to defend judgment. I do not have in mind here the liberties established by the constitution. Thankfully these liberties are protected, and were they not, it is certain that some would gladly intrude on them. But there is another sort of freedom, quite unlike the liberty protected by the constitution. It is the “freedom” to do what you like as long as you can assert that you are not hurting anyone.  And therein lies the problem.

Unconsidered freedom, and the rhetoric built around it, can be used as a Trojan horse for spiriting in a defense of mindlessness. Accusations of being judgmental too often are directed toward those who ask questions about whether an action does, in fact, hurt anyone. Defenders of undefined freedom resent being asked to think about the consequences of their actions, because being questioned might raise doubts about whether they are good people.

Despite his put-down of freaking out, and despite the possibility that some people might feel threatened by questions, Cassavetes owes us the space to put forth some concerns that challenge his conclusions about love without limits and judgment be damned.

The list could go on, but these are sufficient to make the point. Cassavetes’ bold statements about love, freedom, judgment, and freaking out sweep right past many points worthy of reflection. His defense of loving who you want, limits be damned, is cobbled together from buzzwords that invite us to jump to conclusions without considering consequences. This is freedom in a dangerous form.

I put up the caution flag when I hear someone say, “What’s wrong with (fill in the blank) if it is not hurting anybody?” There are many ways to fill in that blank in many different arenas of life.  Often the question is a rhetorical device used to gloss over ambivalence. We use the excuse of nobody getting hurt when it is actually unclear if anyone is being harmed and we do not want to bother thinking about it thoroughly enough to take responsibility for our actions. We use it to silence those who challenge us. That is the function this catchy phrase often serves in the rhetoric of individual freedom.

My point is this. The ethic that makes everything permissible as long as it passes the knee-jerk judgment that nobody is being hurt is a rather shallow ethic. Too often, it is tangled up with an equally shallow assumption that we are not hurting ourselves if we get what we want at the moment, and we are not hurting anyone else if whoever is involved agrees. Sadly, these claims to unmeasured freedom promote a dangerous trajectory, one toward shedding conscience and discounting moral reflection. The next step is the habit of assuming that I should not be pushed to think about things I prefer not to think about, because that will get in the way of the freedom to which I have a right.

Being scrupulous is no longer considered a good thing in many places where being freewheeling and easy-going are admired more. At the risk of being considered old-fashioned and somber, I am willing to assert that consciously moral individuals understand the value of being questioned. They may not enjoy it, but they do respect it. I also understand that standing up for moral reflection may be discounted as freaking out. Now that is something about which I would be willing to say, “Who gives a damn!”

Mary VanderGoot, Ph.D., is a licensed psychologist, an experienced psychotherapist, and the author of After Freedom: How Boomers Pursued Freedom, Questioned Virtue, and Still Search for Meaning (Cascade Books, 2012).