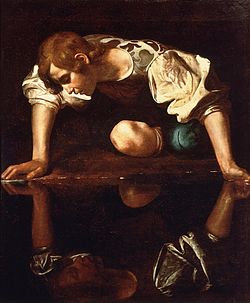 It is predictably American for Americans to obsess over an object used to perpetuate a crime, rather than examine the perpetrator and consider the people surrounding the perpetrator. The massacre in Newtown, Connecticut has understandably disturbed millions of people, and it has also encouraged the exercise of a fatal conceit – the presumption that it is within our power and under our authority to eradicate evil, end crime, and prevent murder. President Obama announced “these tragedies must end,” as if he were Zeus punctuating a decree with a lightning bolt from Mount Olympus, and countless liberal commentators have placed the blame for Adam Lanza’s killing spree squarely on the shoulders of the already unpopular National Rifle Association. “You have blood on your hands,” was the message that Rachel Maddow, Chris Matthews, and the liberal echo chamber they represent screamed at the political lobby, seemingly operating under the assumption that America is one law, one legislative act, one executive order away from guaranteeing the end of violent tragedy.

It is human nature to react to catastrophe and disaster with the imposition of the will to control. Atrocities make us feel helpless, and in order to regain autonomy, we feel and often act on the urge to “do something,” as Allison Benedikt, writing for Slate, commanded President Obama in an open letter. It is easier to control objects – even those that are deadly weapons – than people. So, the command, imperative, and insistence to “do something” comes down to gun control. Leaving aside that an assault weapons ban would have been ineffective in the case of Adam Lanza – he stole firearms that his mother legally purchased, all of which were also legal when the assault weapons ban existed. Also left aside is the question of whether or not the framers of the Constitution –had any idea that average citizens, including those with mental illnesses, would have access to semi-automatic rifles—a good question, especially when weighed against the public good. Ultimately, the media and liberal obsession with gun control in the wake of the Newtown tragedy reveals some unflattering truths about American culture.

Garbiel Marcel in Man Against Mass Society made a connection between the loss of the individual in the face of assault from a mass society of conformity, institutionalization, and socialization, and the increasing obsession with technique and technical solutions. Technique reduces the human, even as it appears to advance the human, or as Norman Mailer put it, “Technology gives us greater control, but less pleasure.” Decades after Marcel, Neil Postman called the United States of America a “technopoly” in his book of the same name. A “technopoly”, according to Postman, is a society in which “the primary, if not the only, goal of human labor and thought is efficiency, that technical calculation is in all respects superior to human judgment.” Naturally, in a technopoly, the citizenry worships technology. All one needs to do is observe millenials drooling over their smart phones, watch countless television commercials for machines and toys, or revisit the deification of Steve Jobs to realize that we reached the sorry state of technopoly a long time ago, and it is unlikely we’ll ever leave.

As America becomes worshipful of the divinity of technology, it believes that every problem is solvable with technology. In the case of the mass shooting, the gun is the technological instrument, and if technology is always the solution to any problem, then in the rare cases that there is a problem involving technology, the instrument of technology must be the cause. A law regulating the purchase and use of that technology is the solution to the problem. Such a belief system makes life simple, and it avoids confronting the reality that evil is always with us and will always be with us. As William Blake would have it, it is the tiger prowling and stalking through the night. One of the errors of secularism is the naiveté that all problems are created by man, and therefore all problems are solvable by man. Marcel would no doubt point out, should he be resurrected to appear on a panel for MSNBC, that politics cannot offer salvation, and that technique cannot offer security. In the words of Pope Benedict, “Any politics that promises redemption, assumes too much.” As America’s political discourse has become more secular, it has become more excitable over State sponsored solutions, and gun control, in the wake of Newtown, has offered the opportunity for combining two seemingly separate, but related forms of idolatry – technopoly and governmental divinity. Alcoholics Anonymous often admonishes its members, “There is no chemical solution to a spiritual problem.” America would do well to remember that there is no technological solution to a human problem.

Discussion of human beings has been bizarrely absent from the fallout of Newtown. Instead, the media seems intent on starting with the gun and backtracking from there. So, ongoing indictments of the NRA dovetail into scorn, condemnation, and chortling of Southern “gun culture.” The terrifying rednecks, who also happen to be powerless, are out to get us again. In a revival of Obama’s “bitter people cling to guns and religion” and Thomas Frank’s “What the matter with Kansas?” condescension, the mainstream media and Democratic Party are calling on America to search the soul and rack the brain over the “culture of guns.” A culture that loves technique, worships technology, and prays to the expert must demonize anyone perceived as less educated, sophisticated, and advanced. The enemy, in this case, is the “superstitious” (religious), “bitter” (opposed to State sponsored solutions), “hillbilly” (white and uneducated), gun “nut.” Unfortunately, for purveyors of the gun-control-will-solve-all-our-problems-and-gun-culture-is-evil narrative, Adam Lanza and his family were and are nothing like the typical Southerner with a gun rack.

Adam Lanza was the product of a broken home. His parents divorced years ago, and his father, Peter, by all accounts, had no presence in Adam’s life for the last several years. He paid his ex-wife, Adam’s mother Nancy, $200,000 a year in alimony and child support, remarried, and said farewell – physically and apparently emotionally – to his family. Peter is the tax director at General Electric. Far from a hick backwater, Newtown is a town of highly educated professionals. Lanza’s surroundings were likely insignificant to him, however. By all reports he was mentally disturbed. He was diagnosed with Aspergers, but his problems seem to have gone far beyond the condition of his diagnosis. A friend of Nancy Lanza explains that Lanza’s mother once expressed worry that he was burning himself with a cigarette lighter. She took no immediate action. Friends of Nancy Lanza have also come forward to reveal that she took mini-vacations, leaving her mentally ill son alone and unmonitored for three or four days at a time. All of this was after she poisoned his mind with apocalyptic conspiracy theories, and explained why she was stockpiling food, water, and weapons as her way of preparing for the coming civilizational collapse. In the cruelest twist of events, she trained her son to shoot the same guns he used to kill her, twenty school children, and six teachers.

The blame for Adam Lanza’s murder of 27 people lies first and foremost with Adam Lanza. It seems fair and reasonable to consider extending part of that blame to Adam Lanza’s parents, both of whom were negligent and neglectful, and the mother especially, who was delusional and destructive. Blaming an entire culture – or a political interest group or violent movies or video games – seems silly and is another futile grasp for control in the face of the frightening. If thoughtful Americans would like to reflect on the tragedy in such a way that allows them to gain insight into their country, they should resist the shortsighted and simpleminded tendency to fixate on the gun and scrutinize “gun culture”, which had little or nothing to do with it, and critically consider the ever expanding and ever worsening culture of narcissism.

In The Culture of Narcissism, Christopher Lasch applies what psychologists diagnosed as a personal pathology to an entire culture in decay and disarray. The narcissist, Lasch explains, is driven by repressed rage and self-hatred, enjoys delusions of grandeur, and manipulates other people as tools for self-gratification. Evidence for cultural narcissism was visible when Lasch wrote the book in 1980, and is even more prevalent now. The historian identified “fascination with fame”, “fear of competition,” the “inability to suspend disbelief,” the “shallowness and transitory quality of personal relations,” and the “horror of death” as symptoms and signs of a growing national disorder. Lasch lambasted the political right for venerating the market and covering greed with a veil called ambition, and he was equally hard on the left for championing a progressivism that undermined and weakened the family, neighborhood, and church.

The Lanzas appear to have been a representative portrait of the culture of narcissism, painted by both the left and right hands that Lasch rightly slapped at the wrists. It is difficult to think of a better term than “narcissistic” to describe a father who abandons his mentally ill child, even if he supplies a six figure income to that child’s mother. What is there to say for a mother who prioritizes vacationing over the care and supervision of her unstable son?

American culture preaches a crass consumerism that encourages citizens to place the flimsiest of their whims over the needs of others. Murder – for thrill, glory, or whatever Lanza’s unknown motive – is the ultimate manifestation of narcissism. It is the literal destruction on another’s life in the hopes of enhancing one’s own.

The teachers at Sandy Hook heroically sacrificed their lives in an attempt to save the lives of their students. How do we – as Americans – praise the virtue of selflessness while tolerating and often contributing to a culture that celebrates selfishness? How do we lament the sadness of the tragedy, while continuing to aid and abet those who abandon their families, neglect their children, and ignore their communities? How do we mourn for the dead without recognizing the death caused by our own foreign policy? How do we take President Obama’s tears for American children seriously when he is overseeing a program of drone strikes and war that ends the lives of Afghan and Pakistani children? If we fail to acknowledge the innocence lost by our own hands are we genuinely mourning the death of children or are we engaged in media approved mourning? To engage in media approved mourning that targets only American families for sympathy is a symptom of nationalistic narcissism. We are prioritizing our interests over the lives of foreigners. And what are we to say for the hundreds of inner city children killed as innocent bystanders in the street gang warfare that ravages Chicago, Detroit, and Los Angeles? Are we going to take the Newtown massacre as an opportunity to intellectually, morally, and spiritually grow into citizens that cultivate communities of strength, love, and interdependence or are we going to continue to float along as islands, ignorant to the mentally ill in our own families and ignorant to the struggles of people in our own neighborhoods?

David Masciotra is the author of Working On a Dream: The Progressive Political Vision of Bruce Springsteen (Continuum Books, 2010). He has also written for the Daily Beast, Relevant, and the Los Angeles Review of Books. He is a columnist with PopMatters. For more information visit www.davidmasciotra.com.

From the Editor–Local Culture 2.2: Christopher Lasch