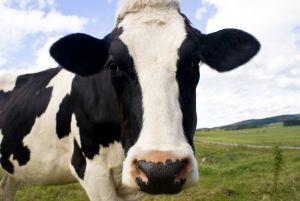 What would we think of a government that banned milk? Would we think it over-reaching, even oppressive? Would we condemn it for rejecting a great gift from God? Would we assume its policy-makers and many of its citizens were deeply out of touch with nature? Would we judge it as foolhardy in the extreme? Or, would we fail to notice?

The fact of the matter is, the FDA has banned the interstate transport of milk, and nine states have banned its sale outright. Purchasing milk over the counter is only legal in ten states, while fifteen states allow citizens to buy milk only from a dairy. Milk sales exist in varying degrees of pseudo-legality in the remaining sixteen states.

The white liquid sold in jugs across America is not, in the truest and fullest sense of the term, milk. It is pasteurized milk, and often pasteurized milk that has been homogenized and adulterated with various chemicals; referring to it as real milk is an act of ontological promiscuity. This beverage is a dairy product, to be sure, and one that bears a striking resemblance to real milk, but it is quite different from the milk that nourished farmers around the world for millennia. Pasteurization breaks apart the enzyme lactase, which is crucial for the digestion of lactose. Pasteurized milk also lacks lacto-bacilli and other “good” bacteria that help preserve milk, slowly souring it and producing yogurt. These probiotic bacteria exist in harmonious ratios in milk from healthy cows. Because of the presence of lactase and probiotics, many have concluded that real milk is much healthier than pasteurized milk. However, I will not hold forth on the debate over milk’s healthfulness because, like the Senator from Florida, I’m not a scientist, man.

Whether or not real milk is objectively healthier than pasteurized milk, it is certainly more natural. Real milk comes to us exactly as God designed it, with all its enzymes intact. When we drink it, we are embracing the original design of the world, rather than reconfiguring creation with our own artifice. A man might prefer real milk to pasteurized milk for the same reason he prefers fresh strawberries to Skittles, or the lights of the night sky to the lights of the Las Vegas strip. Real milk, with its mix of lactose and lactase and its microbiome of bacteria, offers a path back to nature, back to the harmony of the creator’s vision. It’s the kind of well-ordered balance that is so rare in today’s world. Why then, is it illegal?

Pasteurization has become the norm for milk in this country because the same heat that breaks apart lactase kills harmful bacteria, such as tuberculosis, which can contaminate milk. Pasteurization, however, is not the only way to prevent deadly diseases from entering milk. There is one other alternative: care. Careful milking and storage practices can prevent any dangerous bacteria from ever entering milk, thus negating the need for pasteurization.

I work at a small raw milk dairy located on a Christian community in Texas. We take great pains to keep our milk pure. On a typical morning in the barn we might spend about four minutes prepping cows and cleaning for every one minute we spend milking. Every morning we clean our cows literally from head to tail. We milk the cows into stainless steel buckets, and strain the milk twice through cheesecloth. After milking, our milk is put directly on ice and kept cool until the moment it’s consumed. When customers come to our ranch we insist that they bring a cooler for us to fill with ice. Throughout the process we leave ourselves no room for error. Any milk that might be contaminated is left outside for the dogs or sprayed into our vegetable garden. This isn’t always fun. Mornings can be cold and dark, and nothing is more disheartening than hand-milking an entire gallon into a pail only to pour it out after seeing a speck of dirt land on the surface of the milk.

Milking at this level of cleanliness is certainly demanding, but it is also rewarding. Producing quality food by working intimately with a herd of happy milch-cows is a rare blessing. Andrew Lytle described milking work on a family farm at a time when it was nowhere near as rare as it is today. His essay “The Hind Tit,” which originally appeared in I’ll Take My Stand, includes this reflection on the work of milking: “The process has been long, to some extent tedious, but profitable, because insomuch as it has taken time and care and intelligence, by that much does it have meaning.” Lytle goes on to write that, “The buckets of milk did not move from cow to consumer as raw material moves through a factory.” Tragically, today much of our nation’s milk supply does move from cow to consumer exactly as raw material moves through a factory.

Today, Concentrated Animal Feeding Operation (or CAFO) dairies can house as many as 50,000 cows. These animals live in pools of their own filth and may be milked up to eight times a day. They live on a carefully monitored diet of grain, which always keeps them on the edge of “negative energy balance,” or consuming fewer calories of feed than they use. This tightly managed diet includes tons of corn and soybeans, which cows never were designed to eat. This can cause ruminal acidosis, a pH imbalance in the cow’s first stomach, which leads to dangerous secondary infections. To keep cows producing in these cramped and unhealthy conditions, they also are given tremendous doses of antibiotics and synthetic hormones. In CAFOs, many dairy cows die after only five or six years, a quarter of the lifespan of pasture raised cattle. These pseudo-farms are only possible because the Department of Agriculture has heavily subsidized the raising of corn and soybeans for industrial scale feeding operations.

Pasteurization fits neatly into the logic of the CAFO. If cows are never treated like cows, why should their milk be treated like milk? Furthermore, pasteurization guarantees that any milk leaving the CAFO can be homogenous and clean, just as uniform as the rations the cows are fed. Because the cows in a CAFO are kept in such confined spaces, and their milk is mixed together in huge vats after it is milked, contamination can spread rapidly.

These CAFOs, like their ancestors, the filthy urban “distiller-dairy,” make apt targets for mandatory pasteurization laws. Industrial dairies are mechanized to a point that makes the care shown by small farmers practically impossible. They generate tremendous quantities of milk that are shipped around the country, giving them the potential to scatter pathogens far and wide. Frankly, I’m glad someone is making sure they pasteurize their milk. As Wendell Berry writes in his essay, “The Whole Horse,” “the power to do large-scale damage, which is gladly assumed by every large-scale industrial enterprise, calls naturally and logically for government regulation.”

The Leviathan state, and its ban on real milk, cannot be separated from an agriculture that defies the human scale. Monstrously large farms and the supply lines that emanate from them pose real threats to the common good, and regulators have stepped in to try to safeguard it. To their industrially trained minds, contaminated milk poses a technical problem. They, in turn, opt for a technical solution in mandatory pasteurization.

This means that in many of these United States, a farmer cannot legally sell his neighbor a gallon of milk. After the milk leaves the cow, but before any money changes hands, the milk needs to be flash-heated. If the law is not followed to the letter, the farmer risks heavy fines. This level of government intrusion may fit into a CAFO, but seems jarringly out of place on a family farm. Doesn’t a man have a God-given right to the milk his herd produces? Shouldn’t he be able to sell that milk to his neighbor without any interference? Isn’t a government that would interfere with this right stepping beyond its natural limits?

Yes, there are natural limits to the state, and no government respecting those boundaries would stop a farmer from selling real milk. However, there is also a natural limit on agriculture. The physiology of the cow, the carrying capacity of a pasture, and the chemical make-up of milk demarcate boundaries for responsible farming. No farm respecting those boundaries would crowd thousands of cattle into a warehouse, feed them an unnatural diet, pump them full of antibiotics and synthetic hormones, and milk them so frequently and intensively that they die at the age of five. A farm that operated within the limits of nature would allow its cattle to graze freely on natural grass, milk them humanely and cleanly, and prioritize the long-term health of the herd. A farm that operated within these limits would not need to pasteurize its milk.

It would be reductionist to insist that industrial scale farming forced government regulators to attack real milk, just as it would be reductionist to argue that subsidized corn and soy forced farmers to adopt the methodology of the CAFO. Instead, we must see the market and the state as parts of a larger political economy. When one segment of the political economy abandons the natural order, the entirety is mutated. This mutation is visible in factory farms and in invasive and exacting regulations.

Americans’ right to purchase real milk exists only in a created order that dictates certain responsibilities. The laws of nature and of nature’s God provide for a space in which human flourishing is possible. The traditional farmer and his customers can enjoy clean, healthy, natural milk, and can do it all without the intervention of the state. This was the truth that Virgil pointed to in his second Georgic. He describes the rustic farmer, “Him nor the rods of public power can bend, / Nor kingly purple, nor fierce feud that drives / Brother to turn on brother, nor descent of Dacian from the Danube’s leagued flood, / Nor Rome’s great state, nor kingdoms like to die.” The world of politics need not intrude on the farmer because he lives by the sweat of his own brow, working closely with his animals and following the patterns of nature. Thus, “His chaste house keeps its purity; his kine / Drop milky udders, and on the lush green grass / Fat kids are striving, horn to butting horn.” It goes without saying that when his kine dropped milky udders, it was after a day of grazing on open pasture.

Alas, we have strayed from these ways like lost sheep. An unnatural order in our politics and an unnatural order in our agriculture coexist, reinforcing and requiring one another. Even farmers who wish to live simply must obey a network of regulations that have developed alongside our industrial agriculture system, and even citizens who wish to live simply are forbidden from buying real milk.

So, what do we think of a country that banned milk?

Skyler Reidy is a recent graduate of the College of William & Mary who lives and works at Everything Jesus Ranch, outside of Seguin, Texas.