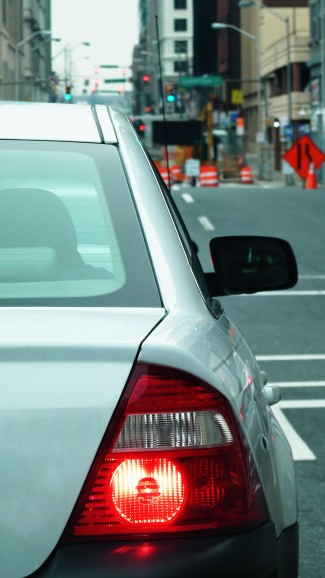 Including “repentance” in this title might lead you to believe that it is a theological reflection of some kind. After all, repentance is a religious word, is it not? And it is not a neutral religious word either. No, “repent” does not show up as any kind of feel-good call to action. Rather, it adorns the posters carried by Westboro Baptist Church types or it trips off the lips of TV evangelists whose faces gleam red and neck veins pulse as they shout out the imperative.

But, in fact, while repentance is a theme found in many of the world’s religions, it has a more pedestrian meaning (literally). Repentance is about changing course, about walking a different way, about turning from—and turning towards. And while Jesus himself told people to repent, some theologians suggest that even his use had a more “political” meaning than we typically acknowledge. Here is Anglican theologian N.T. Wright’s take:

Consider, for example, the Jewish aristocrat and historian Josephus… who was sent, in AD 66, as a young army commander, to sort out some rebel movements in Galilee. His task, as he describes it in his autobiography, was to persuade the hot-headed Galileans to stop their mad rush into revolt against Rome, and to trust him and the other Jerusalem aristocrats to work out a better modus vivendi. So, when he confronted the rebel leader, he says that he told him to give up his own agenda, and to trust him, Josephus, instead. And the words he uses are remarkably familiar to readers of the Gospels: he told the brigand leader to `repent and believe in me’… (N.T. Wright, 2000, The Challenge of Jesus: Rediscovering Who Jesus Was and Is)

Wright goes on to point out that the idea of repentance for Josephus and Jesus had to do with giving up certain ambitions (especially violent ones), turning away from the conventional wisdom about how the world works, and seeking a new path.

Something told my wife and me that this war was being fought in our name. Something else told us it was being fought to maintain a petroleum-drenched lifestyle to which we had become accustomed. And so we started talking about turning away. We never talked about “repenting” of the path we were on, but we did talk about changing course.

And so we did.

We sold our car. We were not trying to make a statement. We were only trying to do something within our power to say that we aspired to living differently—eschewing violence and the subjugation of others so that we could have our luxuries. It was a symbolic act only in that we knew that our lifestyle change would have very little impact on our nation’s decision to go to war. But while it held some symbolic value, it was mostly about repenting—about choosing to go a different way. Indeed, we did not talk about “symbols” in the sense that we wanted to make a “point.” Rather, we talked about the automobile as the symbol of so many things we had come to hate about the lie that some refer to as a dream (yes, I said hate).

Though we could not even articulate it then (and can barely articulate it now), we knew that the car was really about autonomy, about community-killing individualism, about a fundamental disrespect for the value of place, about endless consumption without a thought for the backs upon which that consumption was built. And so we started turning around. We started repenting.

Once you start turning, new things come into view and new perspectives challenge your way of seeing and being in the world.

That is why I think of these 10 years as a long repentance. The repentance has touched almost every area of our lives. Without a car we had to think differently about assuring that our children would be successful.  In our university town parents push their children to “build” resumes starting at an early age.  This involves signing children up for all kinds of activities—from sports, to dance, to language classes, to test preparation classes, to… You get the idea.  The “over-programming” of a child for success is not possible without the means to rapidly transport her to all these critical activities.  When we sold our car we sat our kids down and said “you are going to have to choose a few activities to get involved in and get yourself to and from them.”  They accepted.  Frankly, I think they were relieved. Today they are responsible adults and anchored within their communities.  Not having a car helped us to repent of a certain concept of “success” that probably was not terribly healthy for our kids.

Living without a car made us start thinking about living within limits—about committing ourselves to our community. When we sold our car we started hearing from friends and more distant acquaintances and they almost always said pretty much the same thing: “We think what you are doing is important.  We want to participate.  We can’t get rid of our car(s) just now because (…), but we want to be part of what you are doing.  How might we do that?”  Suffice to say that the exploration of “how” they and we might do that led to many deeper discussions about many things and relationships both broadened and deepened.  We made new friends—many of whom we now count among our dearest. The repentance here had to do with turning away from the superficiality that characterized many of our relationships.

Now I know what you are thinking: “It was a CAR, Robb, just a damn car! It’s not as if God appeared to you in a burning bush!”

You are correct. It was just a car. Just a means of personal transportation. Just a thing.

But sometimes when you repent about a little thing like a car, the repentance snowballs and you lose control (in fact, I have thought a lot about repenting of being in control). Is this a bad thing? I can say with absolute clarity that not only is it not a bad thing but it is one of the best things I have ever had the chance to experience. For in “turning away” you also, always, “turn toward” something else.

We have learned to turn toward things like having more time, having deeper relationships, not being ruled by the clock, not having to compete, consuming less (but better), being healthier, learning to be truly at peace—the list goes on. Turning to things like these makes the long repentance an adventure—a constant discovery of a new life with a new kind of expectation.

Here’s to 10 years of repentance.