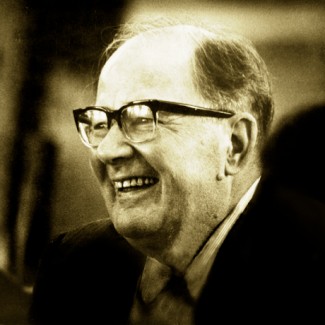 From the distance of 750 years, Thomas Aquinas can seem quite the stodgy fellow—not just old school but the old school. One needs to look a little closer to realize the exuberance of his work, not only in its robust confidence about the order of God and the effervescent goodness of created things, but also its remarkable capacity for creative retrieval, turning to other thinkers and sources before doing something original and productive. He’s reading Scripture, the Patristics, Muslims, Pagans, other Christians, and forging synthesis where others saw only impasse, and not in some lame version of “can’t we all get along,” but through genuinely new insights into the possibilities inherent in the others.

Perhaps the most creative move was to situate an Augustinian view of God and man into a framework of Aristotelian science, personalizing the science and revitalizing the anthropology in a tradition still unfolding. In raising his intellect to the level and needs of his time, Aquinas preserved and developed the tradition in an abiding way.

Bernard Lonergan (1904-1984) a Canadian Jesuit most noted for his work on philosophical and theological method, attempted a creative retrieval of Aquinas in order to raise Thomism to the level of our times, particularly, although not only, in its understanding of science and meaning.

Classical Thomism concerned itself, for instance, with a logically rigorous but abstract method of reasoning. Terms were defined as universals, abstracted from concrete particulars, and organized syllogistically with clarity, rigor, coherence, and necessity. In a similar way, genuine science proceeded from self-evident first principles, proceeded logically to universally valid and necessary conclusions which could not be other than they were. But this is not how we nowunderstand science, for we are just as concerned with the empirical, the concrete, the emergent, and the statistically probable, with that which can be otherwise, and we do not think intelligibility disappears.

In a similar way, classical Thomism studied the soul and its operations, using the very same method to identify the essence of the human as trees or bees, and that essence was universal, static and essentialistic. But what about the person, the concrete subject which I am? As John Paul II termed it, is the cosmological approach to the person adequate to the person, or must the person be approached as a subject?

Also, Thomism was, at times, somewhat ahistorical, only awkwardly including development and change as meaningful, a charge that later Augustinians thought exposed Thomism as only inadequately committed to the dynamic changes entailed in the drama of Creation—Fall—Redemption. How is historicity to be included?

According to Lonergan, a Thomism responsible to the level of our time would transpose the achievements of its heritage in ways allowing for the best of the new science, including probability, a personalistic access to ourselves, and a genuine appropriation of historicity, including the historicity of meaning.

To accomplish this transposition, Lonergan conducts an inquiry into understanding, first in his massive Insight: A Study of Human Understanding (1957), and in Method in Theology (1972), with implications drawn out for economics, Christology, Trinitarian theology, grace, and so on in an oeuvre totaling twenty-one volumes. If we thoroughly understand understanding, he suggests, we will have an invariant foundation for the unity of the entire range of human inquiry and action, as well as normative guidelines with which to resist the flight from understanding.

One cannot merely begin by examining knowledge and standards of objectivity (as in so many epistemologies). Instead, we begin with our own performance of inquiry in its various modes, with what we do, not how we theorize about what we do. In doing so, we discover a four-level structure of inquiry and action. First, there is experience, and if we lacked experience there would be nothing for us to know or choose. Neither does experience compel us to further inquiry or engagement, but if we are interested, if we desire to know, we engage data with a question: What is it? In so doing, our intellect pivots toward intelligibility. Thus directed, we have moments of insight, those “aha!” experiences when vagueness peels back and intelligibility is manifest—the second level, or understanding. Of course, not every insight is fruitful, and we discard a good many quite soon after having them by asking another question, “Is it?” intending to discover not only intelligibility but the true and real. We answer this second question with a judgment of fact on the third level. Possessing responsibility, we can act, responding to reality with actions about which we deliberate and choose, and about which we make judgments of value on the fourth level of the intellect. Our activities can be summarized as experience—understanding—judging—deliberating.

While this seems quite broad, Lonergan takes enormous effort to show how this structure works concretely in common sense, math, science, theology, and economics, maintaining the basic pattern even as consciousness differentiates itself in particular ways. Further, the structure is not empty but reveals normativity, for if we attend to each level and its intentional structure, we discover a normative pattern, namely, that insofar as we are attentive, intelligent, reasonable, and responsible we tend toward the true and good. Further, the driver of this cumulative and self-correcting process is desire, wonder, a love of the truth. Thus, persons of genuine subjectivity tend also to objectivity.

Not only is this normative, but it is also universal and undeniable. Let’s imagine a person reads this account and doesn’t get it, wondering what it’s all about—doesn’t their wonder demonstrate the predictive power of the model? Aren’t they doing just what Lonergan suggests they will do. Or imagine another person denies the model. Can they do so without appealing to some data it overlooks, or something it has misunderstood, and don’t they judge it to be false, or harmful? In other words, they respond to it through the operations the model identifies, thereby confirming the model and performatively contradicting their own denial.

This is a model of reason in keeping with the achievements of the old and the new. For instance, the first principles identified by Aristotle cannot be proven but also not denied, and Lonergan suggests that he has provided something similar, but in a personalist, concrete mode allowing for contemporary versions of reason. Not first concepts or propositions, but first performances or operations. Human subjectivity is the ground of first principles, and human subjectivity is not subjectivistic but exhibits universal, normative, transcultural, and invariant structures of meaning, all while admitting history, embodiment, linguistic heritage, and human finitude.

This is an explication and defense of reason keeping the achievements of Thomism without sinking into the mistakes of Enlightenment rationalism, but also without the irony of so much contemporary thought. This is reason mounting to the level of its time.

I’ve contributed as well, both in Through a Glass Darkly and Authentic Cosmopolitanism.