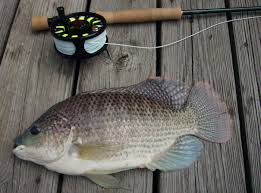 As darkness falls upon what a friend of mine charitably calls “Jack-Ass Acres,” and as the promise of rain comes with the moving clouds at the end of one of the few really warm days we’ve had this summer, a man on the downward slope toward the grave might be tempted to indulge the lyrics of an Eagles’ song: “another summer’s promise almost gone.”

Not exactly “they shall come with jollity,” as the Psalmist said and as the hi-fi now proclaims. It’s “Turn our Captivity,” from a collection of William Byrd’s motets and anthems. These divine settings will serve to lift the spirits for a while until the moving parts of “Plorans Plorabit,” one of the great lamentations in all of English choral music, resolve into a touching but unconvincing picardy third. Then, with the school year looming, it’s back to that grief without a pang of which the stammering unlucky English bard wrote.

It is certainly a terrible thing to send a man back to work after three months off, but think about it: a summer during which the temperature has mostly been in the seventies—and the fifties at night; the great privilege at the end of each day of falling dead tired and sore into bed; sporting fauns in the field; turkeys among them providing comic relief as they run in fear of the fowler—or “fly,” as it were; room aplenty for foul toads to knot and gender in—and then go to work, along with their colleagues the bats, eating down the mosquitoes to a sufferable number (a number we’ve not yet reached, but we’re getting there); children chasing fireflies, swimming after one-on-one, shooting B-B guns, and cutting herbs from the garden; summer food at last coming into season, including the first of the sweet corn harvested about fifty miles south of here; and there amid it all the Eye-Roller and goddess excellently bright, worrying herself over curtain rods and valences and mirrors and towel hooks, and inhabiting her worry and her fuss in those splendid back pockets of hers!

Who would have it any other way?

Well, for starters, I would have the denizens of this chaotic place, my partners in this nutty experiment, more favorably disposed to a repast of real fish, but they all seem intent upon eating only the mildest and least assertive of the ichthyological creatures: the tilapia filet. Hardly local and hardly interesting, but then that’s where the Bar Jester and Chief of Dumb Asses steps in. This is a job for The Culinary Plagiarist, which just happens to be the working title of a forthcoming book on food. (All books are forthcoming but for some reason never coming forth. It’s the influence of the aforementioned bard, who described himself as “indolence, capable of energies.”)

It happens like this: onto a platter go the filets.

But wait a fly-floatin’ minute! Where in tarnation is my drinky-poo? To the antique hutch I go, where awaits a goodly, not to mention Godly, selection of bourbons. A thick rocks glass with no rocks awaits the coppery cascade of Rowan’s Creek (h/t C.R.). Here at Jack & Dumb Ass Acres we take our bourbon according to the divine pattern: neat. And we believe with all our hearts and souls and bodies in its apotropaic powers—for believing a thing makes it so.

Back to the platter. Onto the filets goes a shower of Konriko, of which I’ve written before, also to be included in the forthcoming but never coming forth book. (I’m still waiting for the good folks at Conrad Rice Mill to discover the free advertising I’m giving them and send me a case of this fine seasoning.)

Next a golden drizzle of olive oil on each filet. After about a half hour—and maybe into the second bourbon, depending on whether the Counter of Cocktails comes in from green-thumbing her flower boxes and hanging baskets—I’ll flip the filets and repeat the process.

To the wi-fi. No one’s around, so I can get away with blaring a little Arvo Pärt. How about some Totus Tuus? Yes. How about it.

The Konriko and oil are going to give the filets two things they generally lack: character and flavor, and not necessarily respectively. But more can be done, and more will be done—on earth as it is in heaven. Normally I’d put these little fishies on the grill, but I’ve got the mis en place in order here in my new kitchen, whence all sickness, sorrow, and sighing have fled, so I think I’ll stove-top the flaky sides that once swam in either Indonesian or U.S. waters. (The label tells me they’re a product of one “place” or the other but is otherwise non-committal. I just hope someone got the lead out.)

Speaking of getting the lead out. I’d better move the cream sauce along. This is “key,” as the vocabulatory sports announcers say and say and say.

Heavy whipping cream falls into a sauce pan with just enough cream reserved for swallowing the bedtime statin. On low heat I thicken this once white, now dun, elixir. Why dun? Because this is going to be a lemon-pepper cream sauce, and you don’t make a lemon-pepper cream sauce without putting into the cream several times more black pepper than you think is necessary. I fairly coat the whole top of it and then stir lovingly, always with a wooden spoon. A dollop of butter is also necessary, or else the statin later on won’t be, and we want to keep both the dairymen and the pharmaceuticals in business. Toward the end of the thickening I’ll add the juice of a whole lemon, because if half a lemon is good, a whole lemon is better. That’s the law of quantities—unless you’re the Counter and Chief Eye-Roller, in which case it’s the law that, like the quadratic equation, can’t be made plain.

A little oil and butter into a large pan over low heat, and I’m not very far from having Indonesian (or U.S.) impurities cooked out of my tilapia. These little inoffensive shingles of fish flesh cook pretty quickly. On the grill they get maybe two minutes per side, depending on the heat, but here on the stovetop I’ll give them a little more time.

But not before (as our Lord once said) I prepare a place for them, which is to say a bed of rice. We like our rice done in no less than two parts water, one part dry vermouth. If there are no children to feed, we’ll do it halvsies. But there are children to feed—at least I’ve seen some around here somewhere, though not in the vicinity of any work that’s being done—so we’ll back off the vermouth a little. Bring the caldron to a boil and cover the rice. We’re twenty minutes away.

Down the gullet goes another arm of golden warmth, dipped from Rowan’s creek. What a lovely stretch of moving firewater it is! If only bourbon really did flow like streams in the desert—or, better yet, like a trout stream across Jack and Dumb Ass Acres! And if only tilapia could be brought in on a dry fly! I might be the Chief of Jack and Dumb Asses, but I’d be the luckiest of them as well.

A chopped kale salad with chopped red and yellow peppers and some shredded carrots added for color, baptized in a peanut dressing, and we’re close to dinner time. What a thing it is to cut kale from your own garden! It beats hell out of just about everything.

And, when the time comes, I lay out the fish, each on its couch of rice, spoon on the lemon-pepper cream sauce, and, at the last, punctuate each filet with a spoonful of capers. Don’t forget the capers. You’ve pretty much wasted your time if you do.

From across the table, above a raised glass of chardonnay, I get not the rolling of the eyes but a wink. Mine eyes shall not weep sore. There’s something in this for me. Another summer’s promise? They shall come with jollity?

Money says I’m going to get to hang more curtains later on.

Kingsley Amis (!) On the Priesthood