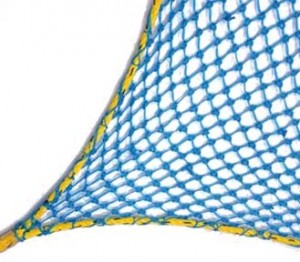 The third is that there is a virus going around. The virus kills people. The Assimilated Provinces of Megalomerica had established, about a decade ago, a Viro-Czar, to protect public health by long-approved measures, such as granting a half a million dollars to find out why chimpanzees throw things. Now the rule of life in the APM is that enough is never enough. So, after having invited the virus into the APM, but only on the condition that it behave itself like a good resident alien and not go around infecting people, the old Viro-Czar has had to be superseded by a Megaloviro-Czar. This new Caesar Caesarum has had plenty of experience in these matters, having spent a whole year passing out cigars to customers coming out of a porn shop, and another year working for the election of his boss, the current Resident. People have grown suspicious of the incompetence of the Resident and the Evil Party, believing that something as vast as the Assimilated Provinces of Megalomerica, they that once shot a man to the moon, should surely be able to stamp out something as teeny as a virus. Why should there be gaps in the Great Safety Net? Why should the pimple on the flea on the hair on the wart on the frog on the bump on the log in the hole in the bottom of the sea escape the notice of the All-Seeing and All-Powerful Resident, and his friends in the Evil Party?
All these things are related, as I say, because everyone knows that Megalopolitics Solves Everything. If you are out of work, if your nose is stuffed, if your underpants are soiled, if your dog snarls at you, if you are stupid because you have read no good books, if you are evil because you have read no Good Book, if you are ninety years old and can’t get any girls, if you are a girl who thinks she’s a boy, or a peasant who thinks he’s the King of Siam, then you should call your nearest Megalopolitician, and Get Something Done. This is especially true for single females, because, as everyone knows, there are no differences between females and males.
So we are waiting to see what will happen. Will mendacity win out over incompetence? Will the dinosaur lurch to the left or the right?
Will its brain be the size of a chickpea, or a chokecherry? Will we be proletarians or serfs? Will we be free for debauchery? Will we obey a vast bureaucracy with the power to garnish our wages and seize our homes? Or will we submit to the whip? Will our music be atonal grunting, or will it be atonal yodeling? Will a man’s home be his medieval dungeon, or will it be his modern cell?
The moment of decision draws near.

Harassed by the IRS? Don’t be Surprised.