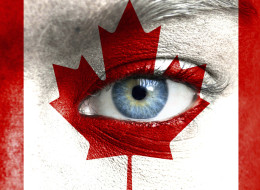 While in Italy last month, I learned that my nation was under attack.

On waking, I found myself being told by Wolf Blitzer, redfaced and breathlessly (his only apparent means of communication) that my county would never be the same again.  Through the afterglow of a Tuscan evening well spent, I tried to piece out what this meant.  Saskatchewan no longer bordering Manitoba? Maple sap no longer running? Ice rinks turned to mush?

Wolf’s head gave way to that of our Prime Minister,  flanked by two flags.  I was told that “Canada will never be intimidated”.   Damn straight, I said aloud, the red always rendering me slightly more pugilistic.   I looked to my wife for confirmation of the sentiment.  She slept on.  The non-intimidation pledge seemed a bit odd, coming from a PM who had just spent the better part of a half hour tucked away by his guards in a House of Commons utility closet (he later apologized to his caucus), but I digress.

No sentient being needed to hear the rest of the speech.  The killing was cold blooded, it was an attack on our values (apparently is it a singular Canadian Value to wish to be alive) and, true to an off the shelf script, our non-intimidated leader would be introducing laws with tougher sanctions and a broadening of state surveillance.

Canadians are nothing if not derivative.  That it was a one off “suicide by police” pulled off by a deeply mentally ill homeless man and with no Toronto Imam telling him to go for it meant nothing to the speechwriters in the PMO, who had The Speech ready to go.  It is too soon to know whether we will upgrade our existing contribution to the most recent coalition of the willing from the 6 planes and a frigate (we always, and I mean always, send our frigate to these sorts of things).

After shooting an honour guard down the street in the back, the gunman entered the halls of Parliament and received the coup de grace from a rather elderly Sergeant of Arms, former RCMP.  In other words, the security worked.  A week earlier, a Quebecois emerged from his rec room after a couple of months of gaming and drove his car into two Canadian soldiers, killing one.  He was immediately shot dead by police.  No holes in that security system either, one might naively conclude, just several gaps in the deceased.  That he was not a member of the Danish Evangelical Baptist Fellowship goes without saying, but again nothing suggested an ISIS link; rather, at the most he read their website and thought 70 virgins an improvement on his current prospects.

Our nation braces for more camo in our civic squares, more surveillance of tweets and more metal detectors.   They wanded all 21,000 hockey fans at last weekend’s Senator’s game.   Now there’s an attack on Canadian values.  During the Blitz,  members of Churchill’s cabinet proposed shutting down the theatres.  The man from Chartwell demurred:  “What then are we fighting for?”