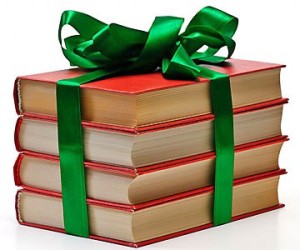 A slow thinker and slower writer—some might say the reverse—I’ve been chewing over the Christmas season for the past few days, a remembrance of things past. The issue: what, if anything, of worth does our culture give us to pass on to the young?

We were away from home this Feast of the Nativity, on vacation with family. It was lovely, although Christmas away from parish and one’s own tree and the assorted traditions and customs of each is discombobulating. Taken away from the place of home, one looks to the broader culture—whatever that vague term means—as a placeholder, something to fill in the gaps.

There’s shopping, naturally, and I have no opposition to receiving or giving gifts. I rather like things, I’ll admit, and I like when my children have good things to play and use and read. But one must work quite diligently to find these good things in the midst of all the other stuff. Stuff is everywhere in its glittery, tinselly insubstantiality. Things are hard to find. Good things takes work.

There’s civic religion, or what’s left of it, but plastic statues of camels and painted plywood wishes for the season are less inspiring than one might hope. (I was surprised to find Christmas cheer almost absent in the part of Canada to which I returned. Even the stores had generic sales rather than Christmas specials, and Santa was absent from the malls.)

Television keeps Christmas, or at least the networks trot out Charlie Brown and A Christmas Story and Scrooge and Grinch and Home Alone. These have been running long enough to count as a generationally shared experience, I suppose, although begrudgingly. Fathers and Sons and Grandfathers gathered around Linus and Snoopy or remembering a Red Rider BB gun might be the best we have now.

But that’s a far cry from bonfires, wassail, Seven Fishes, the Boar’s Head, chalking the door, the Three Masses, Ss Stephen, John and Sylvester, the Octave, Mary Mother of God, Circumcisions and so forth. We’ve went from the blessing of rivers to watching bowl games of unranked teams sponsored by obscure corporations.

So this is Christmas. And what have you done. Another year over. And a new one just begun. Right, thanks for that John Lennon. I was hoping for the Te Deum at First Vespers on New Year’s Eve.

But this is all we have, it would appear, and what to do about it is not obvious, although I’d recommend four books read over this same Christmas as helpful in thinking it through.

First: Christopher Dawson’s The Crisis of Western Education and Christianity and European Culture. (Two books, actually, but I read them in quick succession and so they count as one to me.) I’m struck by how astutely he recognizes and explains the limitations of ideas before the power of culture. Of late, many colleges of committed religious identity have turned to philosophy as central to their attempts, but, as Dawson explains, the great ideas go only so far, and they rarely take root in a soul which lacks the requisite imagination, one without a taste for it. Imagination comes from tradition, culture, convention—the thousand little things forming the background frameworks of how we experience and understand the world, and if we don’t get those thousand little things right, ideas have fewer consequences than we might hope.

Second: I hope that Anthony Esolen’s new book, Reclaiming Catholic Social Teaching, receives a wide reading. In it Esolen examines the social encyclicals of Leo XIII, patiently explaining how far removed the tradition is from those who automatically equate the Church’s social teaching with a kind of expansionist statism. In reality, the tradition exists to foster and defend the home, family, marriage, property, an ordered liberty, and the little platoons of civil society. In my judgment, Esolen’s analysis is made even better by his imaginative portrayals of what such a society would look, and smell, and taste like. The lived experience—the culture—of prayer and song, nuns and habits, but also cards and dances and shooting clubs and boy scouts and pubs exudes normality, a virtue in short supply.

Third: It’s a shame that Rebuilding Catholic Culture by Ryan N. S. Topping sat unread on my bookshelf for so long—it’s excellent, and not only for Catholics. Following the basic eight divisions of the Catechism of the Catholic Church, Topping articulates just how the faith must relate to culture if there is to be any revival of the Church, and, poignantly, how the Vatican II-era reformers lacked anything like a sufficient understanding of culture. (Charlie Brown’s Christmas came out the same year that Vatican II ended, with the Grinch arriving one year and Frosty three years afterwards. Devastation everywhere, apparently.) Particularly compelling, I thought, among the many insights, was Topping’s articulation of how active participation of the laity during Mass was misunderstood, and with deleterious results. Often thought to mean external participation, the category gave us the wild proliferation of lay Eucharistic ministers and servers and bands. (This past summer I visited a parish in which it seemed every single person went up to serve, leaving only my family in the pews to be served: it was ridiculous, and funny, but not in a good way.) Instead, active participation was about interior activity—about praying! Imagine, the whole point of the renewal was to renew one’s focus, attentiveness, and prayerfulness; to become, in other words, genuinely contemplative.

Fourth: The Restoration of Christian Culture by John Senior is occasionally hyperbolic, to my mind, but when it’s good, it’s very good indeed, just like the little girl with the little curl. With Dawson, he insists that good ideas (and even Great Books) can be intrinsically worthwhile but will fizzle out if the souls of students are not already richly and imaginatively formed. Like the good seeds which fall on the dry soil, a riches of our tradition cannot take root for many of us. As with Esolen, Senior cherishes the fecund soil made possible by parish, neighborhood, and home. Throw out your television and buy a piano, he bids. Read aloud to your children. Plant a garden. Go to the pub. And with Topping he recognizes that the source of all renewal is worship entered contemplatively. Renewal starts with receipt, and not with a program or technique or ten-point plan, even not a ten-point plan for renewal. Instead, fidelity, obedience, and prayer.

These would be books worth passing on when you’ve finished; certainly your time and money would be better spent on them than the shopping and cultural fare many of us experienced this Christmas past. And if we wish to become people who have a culture worth handing on to our grandchildren, or at least something better than we were given, these are a good start.