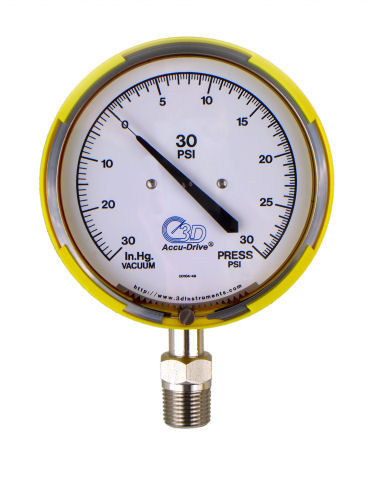 The relationship of a gauge to a tank is an interesting one. If a tank is half full of whatever it’s half full of, and if its gauge tells you it’s half full, then you have a tank and a gauge working as they should, one holding something, the other telling you how much the other thing is holding, and both on the same page, as it were.

A gauge telling you that a half-full tank is actually full, or that it is empty, is unreliable and pretty much useless. The tank is still useful to you—especially if it is in fact full regardless of what the delusional gauge tells you—but the gauge is not.

But is the tank more important than the electricity that runs the compressor that fills the tank? And is the electricity more important than the energy source that produces the electricity? The electricity comes from somewhere, and although it’s clean where you use it, it’s generally dirty at the source, which, more often than not, is coal set on fire. Even solar- and wind-generated electricity is besmirched in some way. Solar power doesn’t make solar panels, and wind doesn’t build, transport, erect, or maintain wind turbines. For those energy technologies—and they are technologies, mind you, not sources—we still rely on one or more of the five available but diminishing carbon pools, most notably coal and oil.

And when they’re gone, what are we going to use to generate the electricity to fill the tank to run our nail guns? More to the point, what will run the really necessary “lifestyle” gadgets we can’t live without, such as hair dryers, curling irons, dumb phones, mePads, mePods, electric can openers, electric toothbrushes, flat screen plasma TVs, and the cameras that keep us from backing over the neighbors’ kids on our way from the driveway to the pharmacy ten miles away, where awaits the Prozac that makes life bearable in Despair Meadows, the single-use subdivision where nothing gets made and where consumption is a daily Olympic contest?

Nucular?—as a former president from the Bush family used to call it?

As Wes Jackson has rightly said, we forget that uranium is a fuel that comes in limited supplies; we also forget “that it is the use of energy that has been the destroyer.” Moreover, says Jackson,

It is hard to keep high-quality energy out of trouble. This seems worth thinking about, for many of my environmental colleagues see nuclear power as necessary in our time. Environmental historian Angus Wright believes it will become the great divide of the environmental movement. It is one thing to ask what new information has arrived over the last three or four decades that makes it any safer today. The safety-and-storage-of-radioactive-waste problem remains. Yucca Mountain would already be stuffed full if it had been approved. And will we ever have a way of knowing when enough is enough?

(Jackson also addresses the “one-in-ten-thousand” problem, the general assumption that a reactor accident of the Chernobyl sort will occur once every ten thousand years. “That might seem safe enough,” he writes. “But with a thousand reactors, we should expect an accident every ten years on average. We currently have around 450 reactors worldwide, which means an accident every twenty-two years on average. Are we not already on schedule?”)

We haven’t done a very good job of keeping high-quality energy out of trouble, notwithstanding the sophisticated onboard computing that tells us we’ve got twelve miles left before the tank runs out. (The computer is probably wrong or lying, but when the light comes on you probably should do as the gauge says and refill the tank—assuming the source that fills the tank isn’t dry, nor its source, nor its, nor its, nor its … ) There is a lot of talk about renewable energy and clean energy, but as in the cases of solar and wind the high-quality stuff that’s hard to keep out of trouble is touching it somewhere. Incoherence is the malady that besets us. That can’t come as much of a surprise to people whose energy policy is to drop a pump into the well and start pumping.

The ecological fundamentals of agriculture are just as poorly known to the public as in other fields of land-use. For example, few educated people realize that the marvelous advances in technique made during recent decades are improvements in the pump, rather than the well. Acre for acre, they have barely sufficed to offset the sinking level of fertility.

Anyone who has ever used gauges has probably seen one in which the backing has buckled enough to prevent the needle from moving all the way to the left when the tank is depleted or all the way to the right when the tank has just been filled. This sort of gauge, otherwise functional but still inaccurate, is probably very much like the indicators we’re likely to have available to us as we try to figure out how much energy remains available to us—I mean the kind that can be harvested, harnessed, and used.

That is, it is very unlikely that we will have an accurate gauge to tell us the truth about our energy situation. Will the lights just go out—as they sometimes do suddenly in an ice or electrical storm? I doubt it. But a sudden and severe outage could be in the cards. Imagine a natural or political event that suddenly cuts off our oil supply—where “our” means not what we grow here at home but what we’ve been counting on and become accustomed to and borrow a billion dollars a day to get. That would be ugly, and I doubt there’s a gauge out there sensitive enough to warn us with a blinking light that we should pull over and think things through. There’s not going to be an onboard miles-until-empty calculation, spoken in the seductive alto of the GPS girl, that will come on in time to help us forestall real trouble.

And this is one reason I find Leopold’s remarks about the pump and the well more useful than any we might make about a gauge and a tank, however interesting their relationship may be. Quickly and elegantly Leopold remind us that efficiency and gee-whizzery often mask the problem of scarcity, that no amount of marveling at the latest pump can change the water level in the well. We’d do well, therefore, to keep ourselves from being duped by sophisticated technologies. They’re not a substitute for energy; they’re just another user of it.

That they might be, and often are, more efficient users of energy is a point that must be granted. But we cannot grant it in isolation from, among other considerations, the Jevons paradox, which reminds us that efficiency accelerates depletion. (The paradox is named for William Stanley Jevons, a British economist who, in The Coal Question [1865], argued that greater technological efficiency leads not to lesser but to greater consumption of resources.)

Believe it or not, this is something that that sentient, magical, and moral being known to economists as The Free Market can actually teach us (though in doing so it will also prove its inability to solve real problems): let a global fleet of Priuses drive down demand for gas and bring about a “surplus,” and then let the surplus and low demand drive down its price. What you will see is entirely predictable: an overall increase in consumption. Dollar drafts at the local tavern don’t encourage less beer-drinking in creatures whose hearts, as the prophet said, are desperately wicked.

This means that efficiency in and of itself is not an unimpeachable good, that it is not an end in itself. It is a good only insofar as it is tempered by other goods—by restraint, for example, and also by respect for limits, but also by sufficiency, a concern for what is sufficient and a revulsion against what is excessive. Efficiency is good only insofar as it is considered as a means along with other means to a better end: namely, an enduring supply of necessary goods—a tank outfitted with reliable gauges, if you will, but, filling it, a compressor run not on ancient but on contemporary sunlight.

I wouldn’t argue that we must therefore halt our efforts to be more efficient users of energy. I would argue, however, that efficiency is a false god at whose altar we have offered enough in the way of burnt carbon.

The human predicament is enduringly interesting, but it requires more of us than our usual penny wisdom. I am by turns intrigued by and nervous about the predicament—intrigued when I think about gauges and nervous when I think about pumps. I would not have us staring credulously at a gauge, which for all we know might be faulty, and be ignorant of the quantities it may or may not indicate. Nor would I have us ignore the gauge. But for sure I would not have us duped by the slick admen pumping the pump, especially if they’ve never bothered to capture rainwater, use it sparingly, and then send what’s left—and there should always be a savings—back into the ground where it belongs.