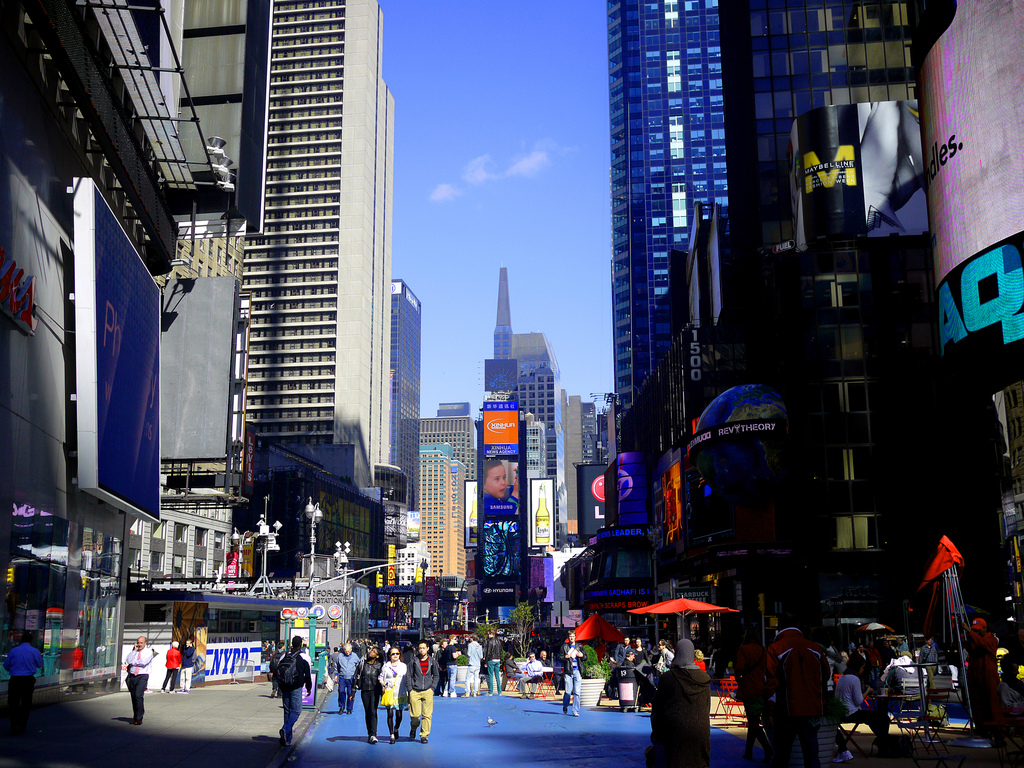 New York City is not an American city; it’s an Arab nation filled with a thousand different tribes who grudgingly live amongst each other. Through its history, parts have tried to secede, parts have burned, but we’ve made it through as groupings of small towns living together.

During a recent conversation with a New York City transplant, I argued that we needed to strengthen the city zoning laws. Too many neighborhoods were falling prey to developers who were ruining a neighborhood’s character, killing their small businesses, and downgrading thousands of people’s quality of life.

The transplant dismissed me and said we need destroy all zoning laws in order to help move the city into becoming an international city like Hong Kong, Singapore, or Abu Dhabi. He hopes New York will have luxury condos on every street and Starbucks or Bank of America on every corner.

But this isn’t some characterless big city created by billion dollar investors. This is the city that built America. New York gave us the counterculture of Jack Kerouac and Lenny Bruce; that gave artists Andy Warhol and Martha Graham; this is the city of Mean Streets and Annie Hall, not some recycled pop song by Taylor Swift.

My friend never got my point, just like many transplants don’t understand my point. How could they? New York for them is the place between childhood and parenthood, but for those of my ilk New York is everything.

The economic decline and high crime rate through the 1970’s and 80’s led New Yorker’s to elect “America’s mayor”, Rudy Giuliani. He locked up the mob, got rid of the homeless, the squeegee men, and the hookers, and made Times Square safe for Disney. It was his tough on crime policies and the continuation of them under Michael Bloomberg that made New York the safest big city in America.

People could finally come to the city and enjoy the theater without risking being mugged, which used to complete a real New York experience.

What Giuliani did for crime, Bloomberg did for development. Other than the few neighborhoods that were good enough to meet the Bloomberg administration’s requirements for downzoning, many hometowns were prey for massive development.

One by one the entire waterfront that bordered Manhattan saw luxury condos spring up around Brooklyn and Queens. Some of that was for the better as some of the lots had been vacant for sometimes; others still had a real community. The same went for Harlem and other parts of Manhattan north of Central Park. High-rise luxury apartments sprang up like tulips in April.

The development had a massive effect on the rest of the city, as thousands were priced out of the neighborhoods and forced to move to different ones or out of the city altogether.

The next victims were the small businesses, who in many parts of the city saw their rents raised through the roof. A vacant lot available for a Citi Bank or Gucci was much more enticing to property owners than Kim’s Video & Music, Café Edison, or Bonnie Slotnick Cookbooks. At this rate, New York is losing a thousand mom-and-pop shops a month according to Jeremiah Moss.

Cheap neighborhoods located even remotely close to the subway have gone from communities of middle-class families, minorities, working poor, and struggling artists into hipster chic neighborhoods with unaffordable rents.

Very few Millennials from New York City now see living in the place their family has called home for generations as affordable. Many of them now see their future in the suburbs of Long Island, Connecticut, or New Jersey.

We lost our city; it went from being a city that inspired millions to thrive despite the crime, filth, and corruption, into a shadow of it’s former self. Into just another big city that’s “been waiting for you.”