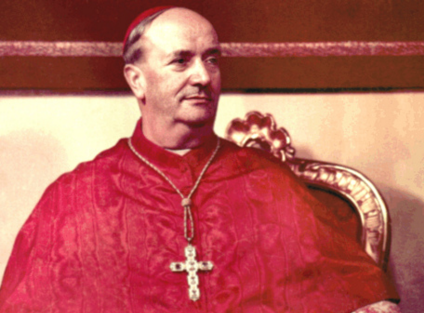 According to a “first of its kind” Vatican conference co-hosted by the Pontifical Council for Justice and Peace and the international Catholic peace organization Pax Christi there is no such thing as a “just war.” The participants in this conference go further than this and say that the Catholic Church’s “Just War” doctrine developed by theologians from as far back as St. Augustine must be rejected. They argue that the Church’s just war doctrine has too often been used to justify unjust wars and they go on to argue that the “powerful capabilities of modern weapons and evidence of the effectiveness of nonviolent campaigns make it [just war doctrine] outdated.” The hope of the conference attendees is that Pope Francis will consider writing an encyclical or some other “major teaching document” that will reorient the Church’s teaching on just war doctrine.

This is not a new concern, that modern warfare creates unique challenges for the Church’s just war doctrine. At least as far back as 1947 Cardinal Alfredo Ottaviani, likely looking back on the last two wars that had almost destroyed Europe, argued that “modern wars can never fulfil those conditions which govern — theoretically — a just and lawful war.” Cardinal Ottaviani argued that the Church’s just war doctrine worked when most wars were fought between mercenary armies but failed in “our mammoth warfare which sometimes entails the total downfall of nations.”

Just war doctrine as it is explained in the catechism (CCC 2309) specifies that for a war to be just the following criteria must be met: (1) the damage inflicted by the aggressor must be lasting, grave, and certain; (2) all other means of putting an end to it must have been shown to be impractical or ineffective; (3) there must be serious prospects for success; (4) the use of arms must not produce evils and disorders graver than the evil to be eliminated. The catechism goes on to stress that the, “power of modern means of destruction weighs very heavily in evaluating this [the fourth] condition.”

A review of these conditions makes the charge that just war doctrine is not philosophically strong enough to prevent unjust wars and unjust use of modern weaponry, etc. hard to swallow. Looking at these conditions it’s hard to find a recent war at least that would be justified. But recent wars have been justified, which leads us to the second argument.

Many of the critics of just war doctrine point to the fact that although both Popes John Paul II, and Benedict XVI opposed the first and second Gulf Wars, many Catholics supported the wars and indeed used just war doctrine to argue for the justness of both wars. This is true, and it does point to an all too human problem, one that does not allow for easy answers. Humans are fallible and almost always have incomplete information. It’s easy to look back now and criticize the reasons that were given for entry into these two wars, and we should look back and learn from the past, but we should now allow the benefit of hindsight to make us smug.

The Catechism gives a sort of syllogistic form of argument that one can employ to argue for or against a given war. And people use the form the Catechism gives, but the question is this: Are people using it in bad faith, or are they making good faith mistakes that can only come to light later? I would argue, in general, that these are good faith mistakes, and that it is not the just war doctrine that is causing them, but the crooked timber of humanity that causes them.

The third argument, that modern war is by in its very nature more unjust than wars in the past, is a strong argument against modern war, but not against just war doctrine. Determining civilian deaths in war is difficult in general and in particular it is fraught with political, ethnic, and strategic pitfalls. But with this being said it is clear that even with the advent of more accurate weapons modern warfare inherently has more civilian deaths than previous times. In a 2001 study sponsored by the International Committee of the Red Cross the authors state that:

“The research reveals, in essence, that modern wars have become conflicts without limits. Civilians have — both intentionally and by accident — been moved to center stage in the theater of war, which was once fought primarily on battlefields. This fundamental shift in the character of war is illustrated by a stark statistic: in World War I, nine soldiers were killed for every civilian life lost. In today’s wars, it is estimated that ten civilians die for every soldier or fighter killed in battle.”

It is a stark statistic indeed, but one that is provided for in part four of the Church’s just war doctrine mentioned above—“the use of arms must not produce evils and disorders graver than the evil to be eliminated.” It can’t be overstressed that modern warfare methods have made fighting a just war harder. It is clear that this is the case, but again, it is not the case that just war doctrine as laid out in the Catechism fails to provide for the reality of modern war.

Modern war is horrible and full of injustice. This is an uncontroversial statement among all people of goodwill and especially among Christians. Just war doctrine has been misused, and more often been employed by (with the benefit of the doubt) well-meaning people who have seen horrible human rights violations and despaired of finding any other options other than the use of war to stop something worse.

The participants in the conference published a statement that calls on the Church to, among other things, abandon the use and teaching of just war theory, promote nonviolent practices and strategies like nonviolent resistance, restorative justice, trauma healing, etc. As mentioned above the participants, in particular, want Pope Francis to share with the world an encyclical on nonviolence and what they call “Just Peace.”

Without a doubt the participants in this conference have strong and explicit moral aims and the same can be said for those who still believe that just war doctrines can be used to avoid unnecessary wars. Both sides are able to make strong ethical distinctions and both sides believe that their ethical systems can provide guidance for real world action. Also, it is clear that the Vatican has incrementally moved closer to Cardinal Ottaviani’s understanding of modern war. The question both sides need to ask now is whether the Vatican under Pope Francis’s reign is interested in providing moral clarity.

In March of 2015 the Vatican’s top diplomat, Archbishop Silvio Tomasi called for “a coordinated international force to stop the ‘so-called Islamic State’ in Syria and Iraq from further assaults on Christians and other minority groups.” Pope Francis himself, in August of 2014, when asked about ISIS said it is licit to use force to stop an unjust aggressor. He went to say that he was not necessarily endorsing war, but that all options would need to be evaluated.

What is the faithful to make of these statements? The Church has a millennia’s worth of philosophical development on just war doctrine. This is a doctrine that enabled Elizabeth Anscombe to strongly denounce the dropping of atomic bombs on Hiroshima and Nagasaki. But under Pope Francis does this moral clarity still obtain?

At times it is hard to avoid the conclusion that Pope Francis is more of an emotivist than the moral teacher we need him to be. He seems able to recognize the horrors of what ISIS is doing and on one hand call for military intervention to stop ISIS, but on the other hand he is calling for pacifism. This sort of emotivism, as Alasdair MacIntyre demonstrated, ends in interminable disagreement. Under Pope Francis we may be seeing not the abandonment of just war doctrine, but the de facto abandonment of all doctrine.

Against Sentimental Rejections of the Pope