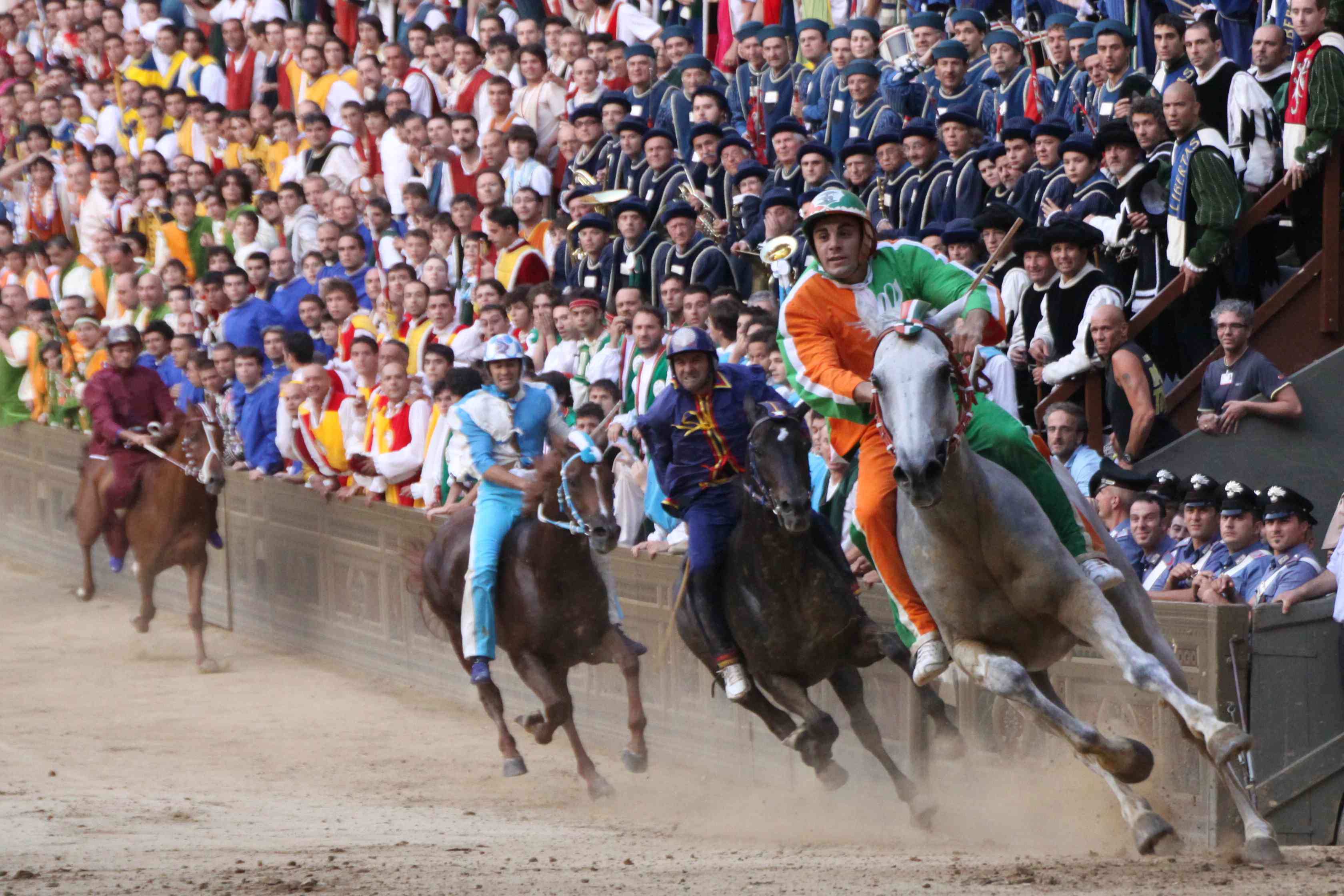 On an intercontinental flight these days one has dozens of options. Not only do they have the most recent movies available for your enjoyment, but classics as well. They even have classic television. I pulled up an episode from the original Man from U.N.C.L.E. (I gave it at least 15 minutes of my time).

There was a documentary section and in it was a film that I was particularly interested in: Palio. It’s shot mostly in Italian (with subtitles, of course) and is about the annual horse races that occur in Siena during July and August. It’s beautifully shot, and follows two different riders through the Palios of 2013. One, Gigi Bruschelli, has won 13 Palios in 16 years and is on the verge of becoming the winningest jockey in the modern era. The other, a young Sardinian upstart named Giovanni Atzeni, albeit a protegé of Bruschelli, threatens Gigi’s near monopoly on the race.

The Palio is a synedoche for Siena: tribal, brutal, utterly corrupt, and yet deeply rooted in tradition, one’s neighborhood (contrade), with some Catholic elements sprinkled about. As you get to know the riders you’ll also learn about the various contrades, the politics, the bribes, and about just how seriously Siena takes this “event” (I use quotes because I feel the word understates the outsized presence the Palio has on the life of Siena).

It’s an enjoyable 90 minutes (one critic called it “Rocky on a horse” which I think simultaneously ill-serves Rocky and this film) and it will give you a glimpse into this town, from a lens complex enough to comprehend much that is old and new in Siena. Il Palio e vita, perhaps precisely because fatta la legge trovato, l’inganno.

You can view the trailer here.

Captioning Over our Grief

The End We Imagine