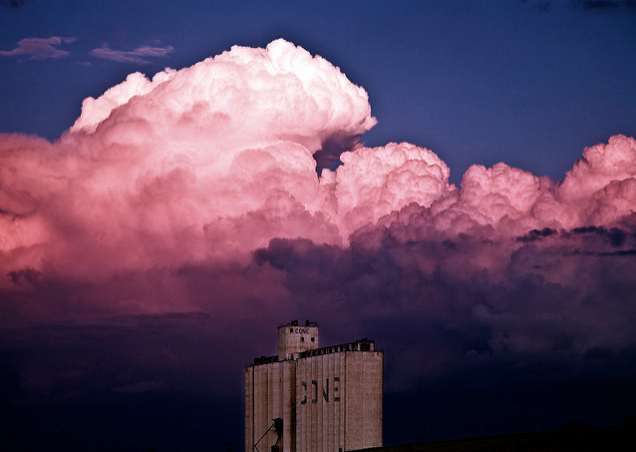 A month ago I flew out to Lubbock, Texas, to give a couple of talks at Lubbock Christian University. Several times over the course of two days the topic of self-driving cars came up in mealtime conversation. Self-driving cars were inevitable, some said, because they would be safer; the owner of a brand-new pickup noted that his truck already had several self-driving features (it kept him from veering off the road when he took his hands off the wheel and braked when he was in danger of hitting an obstacle). It was just a matter of time.

After two very pleasant days, I found myself with some time to kill on Saturday morning; my flight wasn’t until 1PM, and I had the use of a rental car until then. No offense to Buddy Holly, but I wasn’t really interested in Lubbock’s museum dedicated to the local star. The windmill museum was intriguing, but I was not really tempted. I decided instead to check out one of the surrounding towns.

MassTimes, the app on my phone that lists Catholic parishes, showed only one Saturday morning service in the area, at St. Isidore’s in Abernathy, about twenty-five minutes away. Mass was at 9 AM. I loaded the address into my navigation app and off I went.

After twenty-five minutes of brown, freshly harvested cotton fields and blue, wide-open skies, I arrived at St. Isidore’s at 8:45, to find that MassTimes had let me down. There were no cars in the parking lot, no sign of anyone getting ready for mass or coming early to pray. A sign out front advertised an 8:30 AM Saturday mass, so the app was doubly wrong: wrong time, and insensitive to cancellations.

I decided to check out the property. There was an older building, probably the original church, low-slung with a slightly pitched roof, and a newer building, a bit larger but similar in style. Everything was well kept and inviting; I’m sure it would have been a welcoming place. To the right of the church was a shrine to the Virgin of Guadalupe, showing evidence of many prayers: flowers and candles. To the left was a tall narrow building with a glass front, housing a 20-foot crucifix, whose corpus loomed over the highway. The door was unlocked, so I went in. The Christ on the cross, straining against the wood as if trying to embrace the world in spite of the nails in his hands and feet, had a serene countenance but a grimace of pain; a touching blend of love and suffering. Perhaps the building was to protect Christ from the dusty wind and blowing cotton residue, since he had suffered enough degradation and dishonor. To the left of the corpus was the sort of plastic tub in which one might wash dishes, with a couple of inches of water in the bottom. “Agua bendita” it said; I blessed myself and moved on.

I found a convenience store a couple of blocks away, in what passed for a downtown amid the agricultural supply stores. Nothing unusual: I bought ginger ale for an unsettled stomach, and had a friendly chat with the clerk while waiting for the bathroom.

From the convenience store I decided on a random exploration of the town. It was obviously much more than a wide spot in the road. The older part of town had the small square houses you would find in most towns like Abernathy.  These were well-kept, though; Abernathy, it seemed to me, was quietly well-off; not at all rich, but comfortable and proud. Like most of Texas, pickup trucks ruled; in front of one small house were two large pickups and two sedans whose combined footprints were easily equal to the square footage of the house itself.

I drove through the town, deciding to go right at some intersections and left at others, going where my whims led me, sometimes backtracking. On the outer edges of the small town the houses were newer and more substantial, made with the ubiquitous Texas brown and grey brick, and sitting on more property. Like the town itself, in these houses nothing was garish or showy. At the corner of County Road and First Avenue I turned left to see what was to the west.

West of town the land started to roll ever so slightly, enticing me to keep driving to see if there was something over the next rise. I didn’t expect anything but more brown landscape and blue sky, and I was not disappointed. For some reason I kept going, taking in the modest houses on the larger brown dirt and brush lots. After five miles or so I turned around, headed back to Abernathy, back to Lubbock airport and home.

It’s difficult to justify my trip to Abernathy, to make a compelling case for it. My short description may bore you, but I was not bored. When I linger in a town that is somewhat unfamiliar, or off the beaten path, where people live lives similar to mine, it expands my soul as much as any trip to the High Sierras, or to a European tourist destination. I wander around Manhattan on foot for the same reason I drive through places like Abernathy – to wonder how people live there, to remind myself that people like me do live in places so different from my own.

Driving back to Lubbock airport, I thought about the self-driving cars of the future. How easy would it be to wander around Abernathy with a self-driving car? Will they allow a passenger to simply wander? I could have talked my car into taking me to St. Isidore’s, and even to the local convenience store, because those were programmable destinations, but what instructions would convince it to drive me around the town, making random turns, and to head out First Avenue until I had seen enough or simply run out of time?

A self-driving car will have to go somewhere – to a GPS coordinate – and the instructions “just drive around” will probably be unintelligible to it. Of course some techie will reassure me that this sort of command can be programmed, but I’m sure a car built to get people to specific places, to “where they want to go,” will want to know exactly where. The car will resist my impulse to explore without a destination. Designers of cars which get you from point A to point B will be tempted to see my Abernathy tour as pointless. Are you sure you wouldn’t rather go to the Buddy Holly Museum, or to the windmill museum, instead?

You are probably expecting that the self-driving cars will have manual overrides, a steering wheel, accelerator, and brake so you can take over and take the car wherever you want to explore. I expect that, after a transition period, self-driving cars will have no overrides: human drivers will be deemed unsafe in a self-driving world, and a combination of higher insurance rates and prosecutions for “reckless driving” (that is, “human driving”) will eliminate the option.

Will it be a big loss if I can’t take my car on random tours of the towns I happen to be driving through? Why should the size of the loss matter? Random drives through unfamiliar places are small pleasures that, for some reason I do not fully understand, put me in touch with my humanity. The automobile has always given us a sense of freedom, even though most of the time we use it only to get from one mappable coordinate to another mappable coordinate.

I have never been attracted to motorcycles, but when self-driving cars rule, perhaps I’ll get one. Or an off-road vehicle.