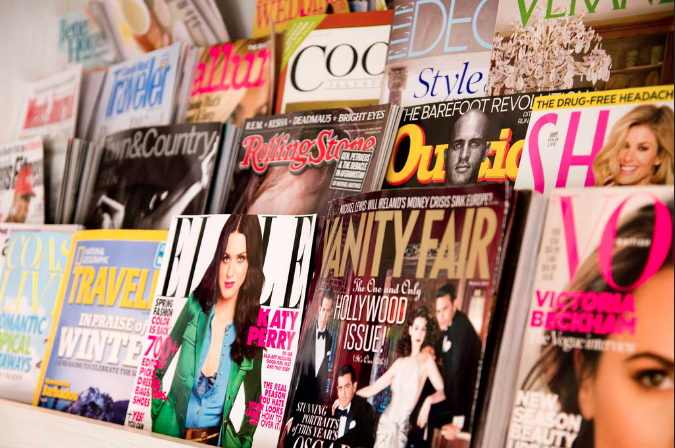 Over a long and colorful career, the phrase “Vanity Fair” has called up wildly divergent associations, while often seeming to mean nothing at all. Is it a place? A quality? A feeling? A mood? Like such idioms as “under the weather” and “cut the mustard,” the expression amounts to more than its parts, and it acquires a host of shadings and nuances from one speaker or era to the next. Kirsty Milne, in the posthumously published At Vanity Fair: From Bunyan to Thackeray (Cambridge, 2015), tells the story of a “runaway metaphor” that first shows up in John Bunyan’s The Pilgrim’s Progress (1678), supplies the title of W.M. Thackeray’s best-known novel Vanity Fair (1848), and lends its name to an oft-reinvented popular magazine–to cite only the most prominent instances. As Milne points out, Bunyan and Thackeray are fast becoming unread, which makes Vanity Fair an even more mysterious, free-floating phenomenon.

Milne ends her densely theoretical account – steeped in discussions of intertextuality and consumer capitalism – with Thackeray, leaving readers to make what they will of the magazine and other kiosks at our contemporary Vanity Fair. But this present-day version is just where things become troubling in an ordinary, non-theoretical way. We’re going down to Vanity Fair, and it doesn’t look like a good place to be.

In Pilgrim’s Progress, Vanity Fair blocks the path of Christian and his friend Faithful on their journey to the Celestial City. Bunyan stresses that the spectacle before them “is an ancient thing, of long standing, and a very great fair.” At Vanity Fair one can buy “delights of all sorts,” from the innocent-sounding “houses, lands, trades … wives, husbands, children,” to the more predictable, “lusts,” “pleasures,” and “harlots.”

Bunyan’s Vanity Fair, while an ancient and perennial attraction, offers purely ephemeral amusements. You go to Vanity Fair for what can thrill you right now, for what’s fashionable, eye-catching, certifiably in vogue. Christian and Faithful are hounded by the fairgoers, and Faithful is martyred, not only because they buy no wares, but because their clothing and speech seem outlandishly different. As pilgrims bound for the Celestial City, they’re indifferent to the latest fads. All their thoughts and conversation – to the impatience of modern readers – involve their eternal home.

Bunyan’s moral, which he hammers home chapter and verse, comes straight from Ecclesiastes. In the world of human striving under the sun, nothing can be counted on but more desire and futility – “vanity.” The Preacher seeks permanence, anything worth working for and leaving to his heirs, and finds only meaningless, repetitive labor. The ends that human beings pursue don’t endure, and thus will it ever be. Accordingly, Bunyan creates in Vanity Fair an ancient pleasure ground perpetually devoted to the vanishing now.

Over a century and a half later, Thackeray’s Vanity Fair sounds like much the same place. “But my kind reader will please to remember,” he writes early in his novel, “that this history has ‘Vanity Fair’ for a title, and that Vanity Fair is a very vain, wicked, foolish place, full of all sorts of humbugs and falsenesses and pretensions.” The story Thackeray tells, of Becky Sharp and her self-serving schemes, abounds in vanity, treachery, and cruelty. By Chapter 51, however, Thackeray’s tone has softened considerably: “It is all vanity to be sure: but who will not own to liking a little of it?” As a realistic novelist, Thackeray portrays the hypocrisy and compromise in our moral conduct. We profess shock and horror at the evils of Vanity Fair, but we do what we need to do to get along and be happy, looking the other way when our friends do the same. For Thackeray, Vanity Fair amounts to human folly, the contemporary scene, the everyday social world.

So he studies Vanity Fair in real places like Vauxhall Gardens, the nightspot where Londoners gathered to stroll, eat, drink, and be seen. Later, in The Virginians (1859), he uses Tunbridge Wells, “that merry little watering-place,” as one of his hubs of riotousness and vice, much as the peripatetic characters in Tobias Smollett’s Humphry Clinker (1771) partake of frivolity and dissipation in Vauxhall Gardens and Bath. By the eighteenth and nineteenth centuries, Vanity Fair has gone from an appalling spiritual condition to any number of actual physical locales, places that might indeed offer grave temptations but that the citizen of the world regards not with a pious shudder but with knowing, satirical laughter.

What is Vanity Fair today? For most people it’s a brand of paper napkins, or a line of women’s undergarments. When it comes to bras and table settings, “Vanity Fair” apparently means luxurious, fancy, high-class. “Add a timeless touch to any meal,” suggests the napkin website, neatly turning the Ecclesiastes meaning of “vanity” on its head. In the realm of product names and advertising phrases, who remembers that John Bunyan invented Vanity Fair, let alone associates it with spiritual peril?

The bright staff people at Vanity Fair magazine presumably know about their literary descent from Bunyan. Deliberately or not, the publication serves up nothing less than a glib rejoinder to Pilgrim’s Progress, scorning the notions of truth and permanence that Bunyan reveres, and embracing the allurements he abhors. Instead of licentiousness and sham beauty, Vanity Fair now stands for fulfillment and happiness – an extravaganza for the senses where Bunyan’s absolutist world has been buried with the irrelevant past. Even Thackeray’s wry wit seems judgmental and stern, compared with the magazine’s casual hedonism.

A few issues plucked at random convey the idea – beginning, of course, with the full-page ads for high-end clothing, handbags, and cosmetics. The rage for up-to-date merchandise comes straight from Bunyan’s nightmare, but the gaunt models with their blank stares and fantastic garb seem weirdly reminiscent of Thackeray as well, in particular the harlequin-like figures with which he decorates some of his pages. Open the magazine, and you enter a world of mysterious desire that not only challenges you with its edgy fashions, but dares you to refute its hypnotic power: Can you think of anything worthier, more deserving of our attention and love, than these gorgeous expensive surfaces?

Articles in Vanity Fair sample new varieties of pleasure for readers long since freed from archaic taboos. One lavishly illustrated piece examines the latest in hyperrealistic sex-toy mannequins. Another first-person account takes us to a photography studio where the female subjects read highbrow literature while being stimulated by a vibrator. The author reports having a marvelous time. The tone of these articles strikes an artful balance between prurience and nonchalance. A bold project is unfolding here, the writers all but announce: the importation of soft-porn material from the domain of erotica into the sophisticated mainstream. It is a singular triumph for Vanity Fair. And for Vanity Fair, of course, it means nonstop publicity, as in the recent flap over a profile of a female movie star. Readers called the article “lascivious” and “creepy.”

In an August 2015 piece called “The Long Goodbyes,” James Wolcott begins: “With the waning of traditional religion, an irreversible decline no matter how many Duggars pop out of the pea pod, entertainment culture has become the ritual space for saying farewell to loved ones.” In one sentence, Wolcott lays out the assumptions of Vanity Fair. Religion has lost. John Lennon has won. It’s over, and if you don’t know who the Duggars are we aren’t going to tell you.

“Why so serious?” – the Joker’s malicious taunt in a Batman movie – becomes the credo for those who embrace the unserious, who joyfully find sufficiency in the unsubstantial. Wolcott’s “loved ones,” he hastens to point out, are not “those relatives you put up with at Thanksgiving” (whatever “Thanksgiving” might mean) but celebrities – the people who, you know, matter to everybody right now. Vanity Fair won’t laugh at them, certainly won’t apologize for them; they’re our common possessions in the all-important moment, the obsessions who make us one.

Where Bunyan invented a powerful allegorical locale, and where Thackeray and Smollett targeted human folly in cities like Bath and London, twenty-first-century Americans have no equivalent centers of temptation and vice. Las Vegas is just another palace of sin. The New York of Tom Wolfe’s The Bonfire of the Vanities seems a long time ago. In the United States today, Vanity Fair exists everywhere and nowhere – city of pixels, city of light, a hive of entertainment in the palm of your hand, never resting, never asleep. In this sense our Vanity Fair is as disembodied and spiritualized as Bunyan’s frightful specter.

It’s a good idea to talk the right way in our Vanity Fair, just as in Bunyan’s, where failure to speak the lingo cost Faithful his life. No one wants to hear your original turns of phrase – unless, of course, they go viral, become a meme, become what everyone’s saying. As a rule, we prefer the latest expressions in Vanity Fair. They reassure us that we belong, and everyone knows (more or less) what they mean. Like celebrities and two-thousand-dollar handbags, they keep us from “thinking about eternity,” as the old Bruce Cockburn song goes. Or as Bob Dylan put it in an older song about Vanity Fair: “Nobody has to think too much about Desolation Row.”

“There are things we do and know perfectly well in Vanity Fair, though we never speak them,” writes Thackeray at his frankest. Yet even while confessing, he assumes a societal restraint, a restraint that seems quaint to us now. In Vanity Fair 2016, we always speak everything we do and know. Day or night, in a half-dozen formats, on as many devices, we speak them: lies, come-ons, calumnies, boasts. Who’s to judge us? Only other talkers as unauthorized as ourselves. What standard checks us? None we can’t quash in the next online fray.

We’re going down to Vanity Fair, where everything’s up to date and we do what we like. No longer an object of horror but of spurious desire, it calms our suspicion that there might be something more. It’s an everlasting fair built on the axiom that nothing lasts, an ancient shrine to the always new. No more fooled by its hollowness than Bunyan was, we celebrate the illusions he condemned. We can’t get enough of Vanity Fair. It’s our anodyne, our playground, the charade we love, bright and shiny as when the old allegorist first gave it a name.