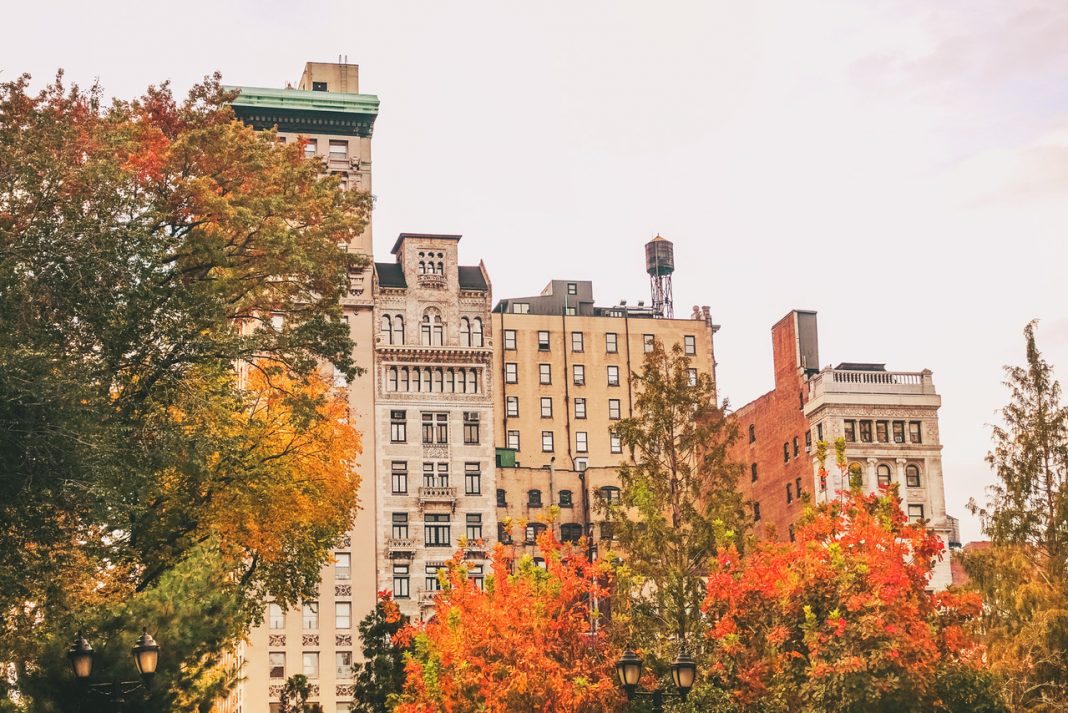 What follows is an expanded version of a talk originally given at the 2016 Front Porch Republic Conference at Notre Dame, where Susannah Black spoke on a panel on Promoting Local Economies; her co-panelists were Philip Bess and Elias Crim. We will re-publish her lecture in 3 parts.

What does a city need to thrive? Because I am speaking on this panel, this ought to mean “what does a city need to thrive economically?” But to divorce economic thriving from political, moral, and cultural thriving is the great mistake of the early nineteenth century, and I refuse to give aid and comfort to those who continue making it. And so before I talk about one particular aspect of what makes urban economies work, I must speak first about the nature of a city.

Several weeks ago, Frater Urban Hannon, whom I’d briefly known a couple of years ago in the City as Michael Hannon, returned to New York on a leave from his Orange County (California, that is) monastery, and spoke at Corpus Christi church on 121st street, just a block or two from Columbia where he had gone to college.
The burden of his talk was to call for a Christian radicalism which cuts a swath through illegitimate modern binaries, rejecting the common premise of both members of each binary in favor of a third way. As an example, he spoke of the perennial debate between left and right liberals in America– that is, between Democrats and Republicans. Both see humans as primarily agents of autonomous liberty; where they disagree is in their assessment of the role of the state with regard to it this liberty. Republicans tend to see a strong state as attacking it, whereas Democrats see it as that which enables this freedom. Either way, the state is something with which an individual strikes a business deal, a utilitarian bargain. Man is social by contract.

But no, said Frater Urban. Man is social not just by contract but by nature. Politics, then, is not a necessary evil but, he said, “a basic and delightful good pursued for the unity and harmony of our patria and the happiness of our people.” This rejection of the anti-political vision of liberalism, Frater Urban pegs on Patrick Deneen.

He might just as easily have collared Aristotle, or Cicero, or Aquinas, or the Reformed political philosopher Johannes Althusius. Althusius in particular deepens the classical insight:

“Clearly man by nature is a gregarious animal born for cultivating society with other men… How can [misanthropic and stateless hermits] perform works of love when they live outside human fellowship?…Politics leads the final end of all other disciplines to the highest point, and thus builds public from private happiness.”

Althusius counters those who would reject political association, who would limit the realm of the works of love and even the work of grace to the church, or to the family. No, he says, the city too is a legitimate place for us because we are called to love each other.
Our fellow citizens are “partners in a common life.” And one cannot separate the different aspects of this common life from each other. “This mutual communication, or common enterprise,” he says, “involves (1) things, (2) services, and (3) common rights.” Later he will add a fourth, and very striking item: “mutual benevolence.”– about which, more later.

One thus cannot divorce economics from politics; what we exchange from the rights and duties which govern our conduct towards each other– so far, so good; as long as we are not utterly benighted or the hosts of the Freakonomics podcast. But we also cannot separate these either from the affectionate good-will that is subjectively the root of all these relations, or from the objective and transcendent Good to which all of our actions must point, to which our positive laws must conform if they are to be just- the rules and bylaws of a club, the articles of incorporation of a company, just as much as the laws of a city or a nation. The essence of the political is therefore not that it has to do with what is public rather than what is private, but that it has to do with associations of men and women aimed at the common good, assembled under symbiotic right. These associations, claims Althusius, include the family. “Now this axiom stands firm and freed,” he says:

This is shocking to a modern conservative, or should be. The family, thinks the Buckley-reading mild social conservative, must surely at least be apolitical, pre-political. Of course it is, in the sense that it is not at all the same as the state; it is not the case, as Filmer would have had it, that the nation is just a larger family with the King as its father. But even in this, there is an element of truth: one of the intermediate associations that bridges the gap between the family and the city or state is, according to Althusius, the clan.

This is something that is so foreign to us that just a glance at it will show that with Althusius we are not in the world of modern liberal contract theory. The heads of families— that is the heads of clans— have, says Althusius, the jus coercendi, the right to coerce, the junior members of the clan, though each of those junior members may have within his own household “domestic imperium” over his wife, children, and servants. It is a private association, but very ambiguously so; it is one of the kinds of natural association that have been driven out by the rage to simplify that modern contract theory has fostered, and it is still, and always, an association under the same “symbiotic right” from which all legitimate political groups draw their legitimacy. The right to coerce comes with a duty for the head of the family to admonish, to govern the younger members, to lead them towards their own perfection; while the junior member of the family owes the chief his allegiance, and each owes the other his love.

The broader arena in which these private beneficial exchanges and just laws and acts of love play out is, says Althusius, “an association formed by fixed laws and composed of many families and collegia living in the same place. It is called a city.”
The city is thus a public association made up of private associations, aimed at the good life, and aimed too at the holy life. “It is not considered dead,” he tells us, “as long as one person is left. Nor is it altered by the change of individual persons, for it is perpetuated by the substitution of others.” This is the urbanist version of the doctrine of the king’s two bodies: the city is itself the living creature, the body, which is immortal though those which make it up are mortal.

It is a legal fiction, of course– but is that all it is? The strange foreign note comes again and again in Althusius: he is, very clearly, a man living in what C.S. Lewis described as the “discarded image,” the modified-medieval cosmos. Natural law is the touchstone of positive law, of course, which is strange enough to us now— but too, there are echoes throughout of a kind of doctrine of affinities. “As man is said to be a microcosm,” says Althusius, “so also is a city.” The man, the city, the Empire, and the cosmos all correspond to each other in a way that would seem fanciful to any sensible modern political philosopher.

His is also a vision of society that is naturally hierarchical. Bonds of fraternity exist between colleagues, and even between citizens as citizens, but these brotherly bonds are not the only ones that exist. “In every association,” he tells us,

“some persons are rulers… others are subjects. For all government is held together by imperium and subjection; in fact, the human race started straightway from the beginning with imperium and subjection. God made Adam master and monarch of his wife, and of all creatures born or descendant from her. Therefore all power and government is said to be from God. And nothing, as Cicero affirms, “is as suited to the natural law and its requirements as imperium, without which neither household nor city nor nation nor the entire race of men can endure, nor the whole nature of things nor the world itself.”

It may seem strange to cite Althusius as a proponent of Frater Urban’s rejection of the liberal social contract vision of the basis of polity; Althusius sees associations, and the grand association of the city, as fundamentally federal– founded by covenants. But to see this as the same sort of thing as the social contract of Rousseau, still less the individualism of modern liberal society where we slip into and out of associations as it suits our self-creative project of the moment, is to read backwards, to import our contemporary understanding into a text that is far more in continuity with earlier thought than is commonly argued. Althusius is much more the heir of Aquinas than he is the ancestor of Mill. There is nothing constraining or unnatural about Althusius’ covenants; they are in this sense the opposite of Rousseau’s contracts. It is the purpose of humans to be fulfilled in acts of love of each other, and in the orderly worship of God; therefore it is part of the fulfillment of human nature to be governed, and to bound together in political covenants.

It is within this framework that I’ll look at one specific aspect of the economy of a city: the private associations that carry out its work.