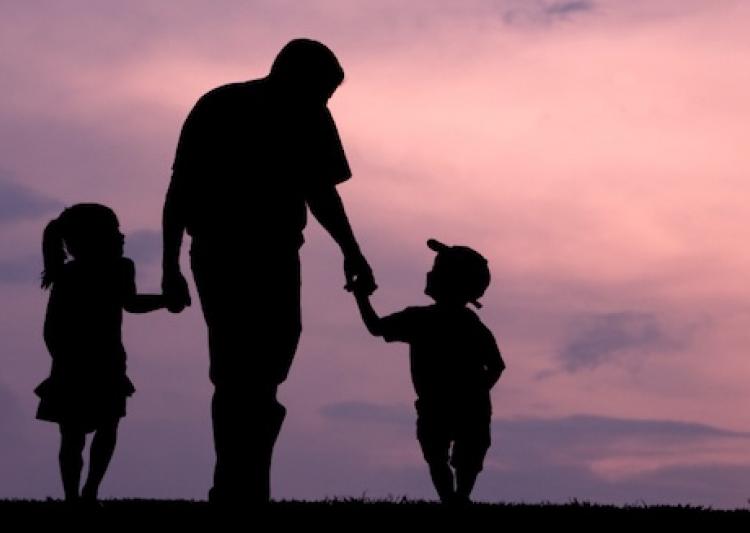 Father’s Day is around the corner. I had to look up the term to see if it has an apostrophe. It does, and it has had since the time over a century ago that it became a day set aside for special celebration in the United States. Apparently it is a day for remembering Dads one at a time. My own Father has been gone for more than a decade, but I still like to think of him on Father’s Day. I like to imagine how I would say “Happy Father’s Day Dad,” and kiss his cheek…and then what I would say next?

If we left out the apostrophe might this holiday be a good day for honoring Dad and also for remembering that each one of us is a twig on a family tree? By the beginning of 2017 Ancestry.com had sold its genotyping services to over three million people, which suggests that a lot of people are curious about who their distant relatives are. Where do I fit in the throng of three million looking for their roots on a website, and how am I connected to the 7,500,000,000 (yes, that’s seven and a half billion) people now inhabiting the globe?

A website can send me an image of the globe with shading to tell me where there are other people with some of the same genetic markers I have, but does that mean I’m connected to them? It ‘s hard enough to know my place in my own family tree. If I go back three generations to my great-grandparents to whom I am related genetically, am I still connected to them in any other significant way?

With Father’s Day around the corner I have been thinking of the fourteen people who preceded me by three generations. I have met only two of them – my parents. Four more of them, my grandparents who I never met, I know by name only. The other eight are already lost from my memory. Whether these are thick relations defined by a shared memory is an open question. What can hardly be debated is that these relations are thinning.

This year instead of giving Dad a new T-shirt, tools for his grill, or a toy, the gift that might really last is giving Dad a few uninterrupted minutes to tell us his story. A chance to thicken up the connection.