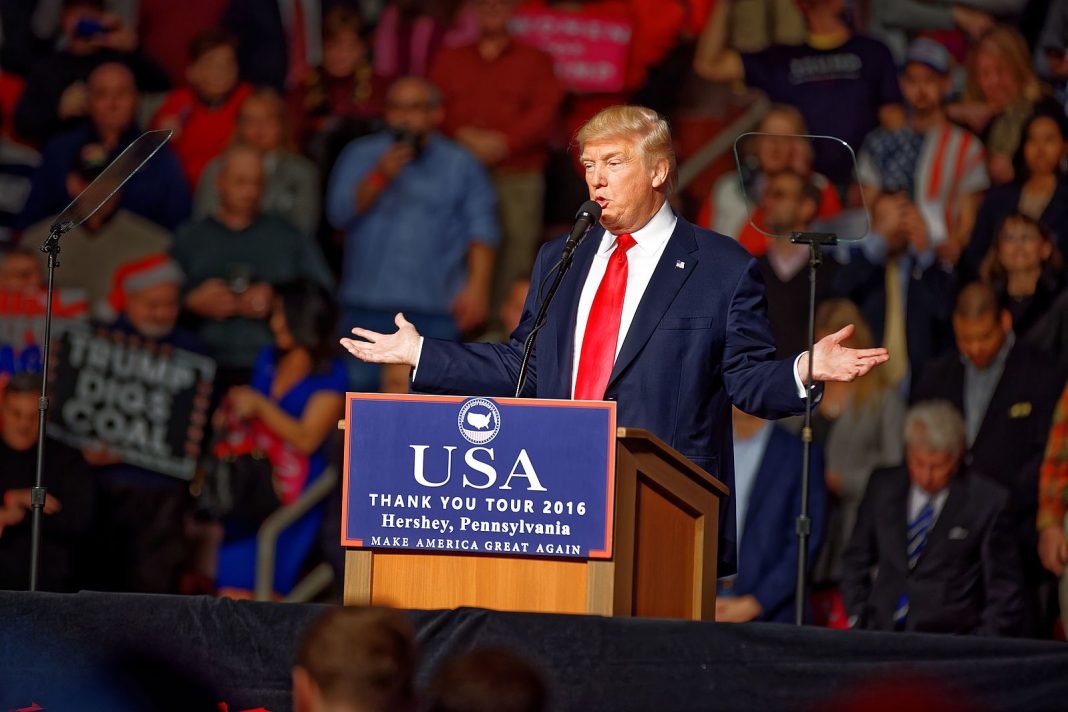 Donald Trump has been called many things in the press in the first six months of his presidency, yet the media have thus far missed his most overlooked calling card: Father-in-Chief.

Historically we think of the President as father of, or at least father to, the nation, just as many Britons look to the Queen mother.  The sexist analogy makes sense in its way: the President serves as the nation’s chief executive, and the father occupies the chair at the head of the table in many of America’s most traditional households.

In his role as Father-in-Chief, as in most things, Trump defies ready categorization, adopting and adapting when and where it suits him. And yet for all this supposed fluidity of thought, Trump’s tenure as father to a nation has thus far been a failure in the eyes of many younger Americans who came of age in times and places that rejected the kind of distant, buttoned-up, suit-and-tie parenting styles of the past, an image only deepened by Trump’s recent parenting-at-distance of his youngest son.

Indeed, Trump makes a fascinating case study as Father-in-Chief, a trope on which his fraught political identity strangely rests. On one hand Trump’s anachronistic, frankly obsolete brand of “fatherhood” appears to have sprung directly from the Father Knows Best 1950s, a time when family underlings gathered around the table to exalt the Father and express their heartfelt “We Are Not Worthies,” much like the tenor of his most recent Cabinet meeting. As Trump’s children and Cabinet members have learned, you cross Father at your peril.

In assigning POTUS his historically low approval ratings Americans have in large part rejected Trump’s nation-parenting style, choosing to see in it an outmoded patriarchal order. Obstructions, obfuscations, secret lives, demeaning comments made about the women in his life…all too neatly conform to the excesses of the stereotypical father as out-of-touch executive. The overreach of Trump’s paternalistic, some would say nepotistic style, offers a uniquely valuable lens by which to view his presidency failures.

I’m a Gen Xer, and so, too, are many of my friends. And while I didn’t grow up with a father like Trump many of my Boomer and Gen X friends did. For them, fathers disappeared early in the morning in a suit, worked hard at mysterious things seldom discussed with the family, and returned home at night for a late dinner and a little head tousling with the kids before retiring to the soft seats of the “family room,” beverage and TV remote in hand. When one considers Trump as Father-in-Chief it’s worth remembering that the elder Trump learned fathering in the late 70s and early 80s, with Donald Trump Jr. (1977) and Ivanka Trump (1981) born in the Gen X years. No doubt Donald Jr. and Ivanka could attest to the core truth of the era’s busy-guy-in-a-tie fatherly stereotype.

And yet Trump also defies easy generational stereotypes of time and place where fatherhood is concerned. How, quite literally, do we place a father as mercurial and mobile as Trump? Is his paternalistic style of leadership more metropolitan (NYC Godfather-like scion with a love for mob expressions such as “huuuge” and “beautiful,”) or something more conventionally and comfortably suburban?

More to the point, is it fair to pigeonhole Trump as a Gen X father-leader at all, existing, as he does, in a nexus of people that keep him young and puzzle his natural generational identity? After all, Trump is married to a Gen Xer Melania (1970), a woman literally young enough to be his daughter. His youngest son, Barron (born 2006), is too young even to qualify as a Millennial. Maybe the youth around him explains the zeal with which Father Trump has taken to Digital Age technologies such as Twitter and portends still more far-reaching ideological evolution to come.

If Trump truly wants to reach America’s younger voters, he’ll have to drop his paternalistic attitudes and get hip to parenting in the Google Age. He’ll have to change his style and brand of nation-fathering, which means he may have to stop playing the role of disapproving father altogether and take a turn at being a friend.

The Art of the Deal, and the Writing on the Wall