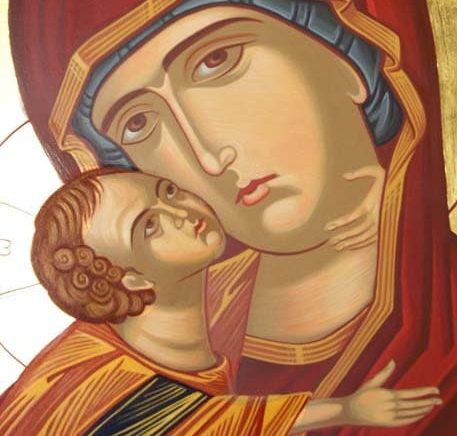 During a class I was teaching at our parish last fall, a woman pulled me aside afterwards to ask a question. The woman was visibly upset, with tears running down her face. After pausing for a moment to collect her emotions, she said, “Be completely honest with me: can you or can you not have a personal relationship with Jesus Christ?” The question was somewhat perplexing, primarily because I was not quite sure of the problem that she assumed my answer would resolve. I came to discover that this woman had spent a number of decades with a fundamentalist Catholic group that had told her, among other things, that talk of a “personal relationship with Jesus” was heretical and “too Protestant.” The woman’s question arose because I had mentioned the fact Christ had told His disciples something utterly unheard of in history until that moment at the Last Supper: I no longer call you servants, but friends.

The woman’s concern, stemming from her years with this cult-like group, had led her to believe that friendship with Christ was a Protestant “carry-over” that had infiltrated the Church. Supposedly, the Catholic Church has thus been using this ecumenical language in order to emphasize the common ground that is shared with the Protestant world. Beautiful theological exclamations regarding friendship with Christ pervade much of the writings of both Pope John Paul II and Benedict XVI. Perhaps it is more correct to say that this notion of a personal relationship with Christ, understood as the apex of charity, is more than an attempt at ecumenism; it is a reality that is the end of the pilgrimage of faith itself.

What does it mean, in this light, to have a personal relationship with Jesus Christ? In one respect, we can say that it means we are able to have friendship with God because God has become incarnate. Why can we be friends with God? Because the Word was made flesh, and dwelt among us. Or maybe, we could add on to this by emphasizing the fact that our relationship with Christ is personal: he is pursuing you and loves each person with such Eternal intensity that He would have died upon the Cross if you were the only one in need of his salvation (in a post-lapsarian world). In Francis Thompson’s imagery, the Hound of Heaven is seeking us, no matter where we may try to hide.

However we may parse this meaning, understanding where this idea of a divine friendship originates can help us see the implications that follow, especially with respect to the relationship between religion and politics. And to help us understand this, we should turn to the theological insights offered by the 19th century social theorist Alexis de Tocqueville and his account of the difference between Catholic and Protestant thought.

The historical ground of the Reformation can be more fully grasped by seeing the social conditions that provided its “theological soil.” The Reformation, in Tocqueville’s judgment, emphasized that all were united in their equality under God. The social conditions of equality that gradually led to the rise of democratic societies meant that the hierarchical social structure that defined aristocratic societies was coming to an end. Tocqueville observes in the Introduction to Democracy in America that “Protestantism maintained that all men are equally able to find the path to Heaven.” Elsewhere, he echoes this same idea: “Christianity which has declared all men equal in the sight of God, cannot hesitate to acknowledge all citizens equal before the law.”

And while he praised this equality, Tocqueville worried that Protestant thought tends toward the kind of individualism that he was deeply troubled by, especially as it concerns the social and political sphere of human life: “Protestantism in general orients men much less toward equality than toward independence.”  Why is this important to raise here? Because as Tocqueville saw it, individualism was the other side of the coin that produced statism and inclined citizens towards yearning for an all-powerful national government: “While in times of equality men readily conceive the idea of a strong central power, there is no doubt that both their habits and their feelings predispose them to accept and help it forward.”

The dialectical pendulum of isolation and statism that is the result of the social conditions of equality has a profound theological analogue, if we can put this way. The Reformation’s doctrine of sola fide can tend in the direction of undercutting the necessary role that mediation plays in salvation history. The flow of grace, the very inner life of God, is no longer mediated.

Such an understanding can be witnessed in the work of the theologian Reinhold Niebuhr. Speaking to the sacramental and embodied ecclesiology of the Catholic Church, Niebuhr offers the following judgment: “The Catholic doctrine of the Church is, in fact, a constant temptation to demonic pretensions, since it claims for an institution, established in time and history, universal and absolute validity” (An Interpretation of Christian Ethics, 143).  According to Niebuhr, Protestant thought avoids this demonizing temptation, for “The real Church is always in the sphere of transcendence.” True Christianity is incapable of social and historical embodiment, except in the “heights of pure love.”

In one respect, Niebuhr’s concern is rightly conceived: Christianity is transpolitical, and he is emphatic in his admonition that true Christianity can never become immanetized. Perhaps we could say that for Niebuhr, an immanetized Christianity is the antithesis of “the ethic of Jesus.” This contention can never be neglected. At the same time, to portray Christianity’s instantiation into history as solely existing in the “heights of pure love” can appear overly abstract and disembodied. This “vertical” connotation of Christianity seems to entail that salvation is between the individual and God.

We could say, at this point, that what we are concerned with is the particular locus of faith. In Catholicism, this referent resides in the apostolic hierarchy and succession that has been handed down from Christ Himself. In addition to this is the fundamental role that the sacraments play as material signs that confer grace upon its participants. Sacramental theology and ecclesiology are both grounded in the Incarnation of Jesus Christ; his Church on earth, following St. Cyril’s idiom, is the extension of the Incarnation itself.

It should also be acknowledged that one of the central biblical motifs, in this respect, is that of mediation. If we consider St. Augustine’s understanding of sin as hiding from God, a perennial temptation to make a turn in on ourselves, then Tocqueville’s theological prescription becomes clear. The faith, and the grace communicated therein, necessitates an embodied mediating reality to draw Christians outside of themselves.

Why is this the case? At least in Tocqueville’s judgment, democratic citizens are more deeply inclined, due to the equality of social conditions, to desire that the bridge between ourselves and God has finally been closed. The influence of Protestant thinking, particularly in America, can incline in a direction that can make the individual the arbiter of God’s will and judgments.

Such an understanding can be witnessed in the oft-cited Protestant objection regarding the Catholic practice of confessing sins to a priest. For the Protestant, the problem does not seem to conceptually exist: “I do not need a priest because I can go directly to God.” From the Catholic perspective, there is not just a sacramental component at work, but a psychological and imaginative inclination that sees something other than the individual as the locus of faith (i.e. the church).

This all too brief recapitulation returns us to the question of “having a personal relationship with Jesus Christ.” Historically, the notion has Protestant connotations; saying so is not derogatory but an acknowledged fact that is connected to Tocqueville’s account of the difference between Protestantism and Catholicism. Through a Tocquevillian lens, having a personal relationship with Christ could too readily come to mean that the locus of faith resides in the individual. In Catholic thought, salvation requires mediation from realities such as the Church or the grace of the sacraments. The absence of an embodied mediational locus means that sola fide becomes the paradigm.

My concern in raising this very question about the language of having a personal relationship with Christ is that we may tend to overlook its historical connections to a deeper theological difference between Catholicism and Protestantism. Hopefully, we can approach this question by inquiring into the precise meaning of the phrase when it is being employed. By doing so, we can discover whether it refers to this individuated self that is characteristic of democratic societies (a la Tocqueville), or it is more nuanced and is aimed at being conceived within a context more akin to Catholicism.

It seems that a personal relationship with Christ is possible only within the context of a theology of mediation. Friendship with Christ, what Aquinas penultimately calls charity, is mediated through the sole mediator that brings God and man together. Of course, such mediation does not deny, nor seek to eviscerate, the truth that there is an infinite distance between God and human beings. And it is important to note too that the Second Vatican Council’s Dei Verbum refers to Scripture, Tradition, and the Church as three modes of revelation. These are types of embodied mediation.

These reflections are reminiscent of the conclusion of a homily I once heard preached by a dear priest friend. Speaking upon the deeper meaning of the mystery of Mary’s visitation to her cousin Elizabeth, the priest said that we are all called to imitate Mary by being a theotokos, a God-bearer. His final remark has forever left a mark upon my soul: “remember, you may be the only Christ that someone ever meets.” St. Paul’s admonition that the disciples of Christ are to be understood as ambassadors, as those who represent and “stand in” for Christ Himself. Christ gave us the Church, as a historical and embodied institution, to mediate the gift of salvation.