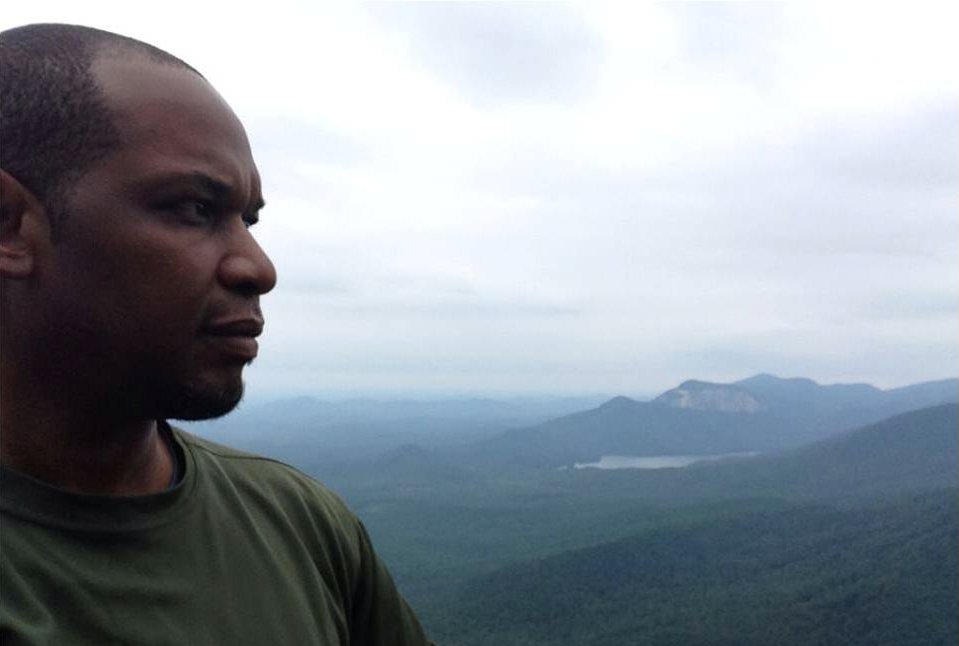 “I think of land and hope that others are thinking about it, too.” Those of us who try to think about land have much to learn from J. Drew Lanham’s rich book The Home Place: Memoirs of a Colored Man’s Love Affair with Nature. Lanham comes from a line of people who didn’t fit neatly into the categories of their times and places. And Lanham himself is an heir to these liminal, complex ancestors: He’s a professor of wildlife ecology and a hunter; he’s a black man who is passionate about bird watching; he’s a scientist who writes poetry.

Lanham grew up in fitly-named Edgefield County, South Carolina, a place of diverse, in-between ecologies. And his liminal upbringing gives him a unique perspective, removed enough to step back and see the beauty of his childhood on the Home Place, but involved enough to know such a life was not romantic or idyllic but involved hard work, stress, and family tensions. And from this upbringing, Lanham has learned to see both beauty and damage, promise and peril in land and the relationships it grows. 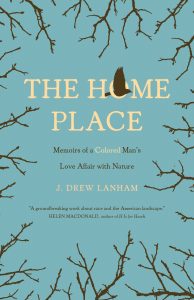 Lanham’s grandmother Mamatha was perhaps the most formative influence during his childhood years. Born in the nineteenth century, she grew up in a community with deep memories of slavery. Her husband fought in World War I and returned from Europe to serve as a teacher and school principal. After he died, Lanham’s parents sent him to live with Mamatha in her small house a few hundred yards away from theirs. So Lanham grew up as his grandmother’s companion and helper, and, in return, she passed on to him her traditions and wisdom.

Though Mamatha was committed to her Christian faith, she also talked to ghosts and adhered scrupulously to superstitious dictates. “To say my grandmother was a witch might be a bit of a stretch,” Lanham writes, “but she was at the very least a conjurer with a foot in two dimensions—this world and the next.” The superstitious, folk traditions that Mamatha embodied included a rich knowledge of how to concoct delicious meals from unlikely sources and use weeds and wild plants to treat ailments. From her, Lanham learned about “the curative qualities of the botanical apothecary that grows all around us.” Mamatha’s example taught him that “the mysterious things I experienced didn’t all need to be explained” and that the natural world was a source of abundant, valuable gifts. Despite his years of scientific training and the certainty and utility such training taught him to value, Lanham remains moved by his grandmother’s intimate belonging to and delight in the natural world.

Mamatha’s son—James Hover Lanham, known as Ish—was Lanham’s father and his second important mentor. Like his father, Ish served in the military, spending time in Germany during the Korean conflict. Yet in spite of his talents and knowledge of the broader world, Ish chose to return home to Edgefield County and follow in his father’s footsteps as a teacher. Lanham compares his father’s faithful work in the classroom and on their farm to the more famous Hoovers—Herbert and J. Edgar—judging Ish’s work to be more exemplary: “Crop failures and bottomland floods were no less a challenge when scaled down to two hundred acres than national crises of dust bowls and Mississippi floods were.”

Ish raised cattle for extra income but also, Lanham came to realize, simply because he loved watching the cows grow large and healthy on his fields: “I think he hated the business of it—the dollars and cents—but he loved seeing things grow and thrive. From raising up the pasturage that the cows ate to seeing the new calves galloping about to providing several families with enough protein to last for a year, there was a cycle to it all and he was the wheelmaster.” That didn’t mean it was easy, however, and Lanham recalls his father as a driven man, having to work hard and skillfully to provide for his family and keep the farm afloat.

In reflecting on what he learned from Mamatha and Ish, Lanham describes himself as a “mystical Type A,” an uneasy union of his grandmother’s abiding belief in mystery and magic and his father’s drive and “iron will.” The person who taught him how to hold these qualities together was his mother, whose grace sustained the family and place. She was also a teacher, and she was as comfortable in the kitchen canning garden produce as she was in the biology classroom dissecting a fetal pig.

To see a given reality clearly, in all its complexity, we have to belong and yet be able to step back; we have to be intimately involved with the details and yet able to see the big picture.

These family members, along with others, made a good life by remaining rooted in a difficult yet beautiful place. From his current vantage point, Lanham appreciates its beauty while recognizing its challenges: “Now with that place far removed in time and space and my present life firmly planted in suburbia and lethargy-inducing convenience, I recall those times and most of what came with them wistfully.” And he repeatedly emphasizes the complexity of their life in Edgefield: “From the outside our Home Place family was as close to a black American ideal as it could get: middle class, achieving, and striving to stay together. Around the edges there were imperfections, though.” In remembering the Home Place, and the people that made it, Lanham hones a kind of double vision: To see a given reality clearly, in all its complexity, we have to belong and yet be able to step back; we have to be intimately involved with the details and yet able to see the big picture.

Lanham brought this dual vision to his work as a student conducting research on birds. In theory, it sounded like an ideal career, one that would allow him to spend long hours outdoors watching the creatures he loved. In practice, however, the work could be dull and tedious. Describing one long day watching bluebird boxes, Lanham writes, “The bucolic landscape outside the lens, which once felt profoundly peaceful, became boring.” He persisted, however, eventually earning his Ph.D. and becoming a respected professor of wildlife ecology at Clemson.

From this unusual vantage, Lanham considers the experiences black Americans have had with the land, seeking to see it in all its messy reality. From far away, this experience seems defined by slavery and oppressive toil. As Lanham’s story testifies, however, the story is more complicated. In one of the book’s most poetic episodes, Lanham writes that his own obsession with the land “is born of my ancestors’ sweat equity.”

These ancestors toiled on the land as enslaved Africans, eventually owned some of it, and then gave away many of its riches for pennies on the dollar. It is born of my frustration with fragmented farms and the families whose lives would be more whole if their land was, too.

But then again, maybe I think too much about black folks denying their kinship to country—not Mother Africa, but our country here. Backwoods, dirt road, deeply dark, pinpricked with stars at night: who-gives-a-damn-if-you-piss-in-your-own-backyard, hair-raising-hoot-owl country.

I don’t expect everyone to feel the same way that I do about land. For so many of us, the scars are still too fresh. Fields of cotton stretching to the horizon—land worked, sweated, and suffered over for the profit of others—probably don’t engender warm feelings among most black people. But the land, in spite of its history, still holds hope for making good on the promises we thought it could, especially if we can reconnect to it. The reparations lie not in what someone will give us, but in what we already own. The land can grow crops for us as well as it does for others. It can yield loblolly pine and white oak for us as it has for others. And it can nurture wildlife and the spirit for us, just like it has for others.

Blacks have been wounded on and by the land. They have reason to eschew an agrarian or country life. Yet despite these tragedies and broken promises—including the forty acres and a mule that many freed slaves in South Carolina and elsewhere were denied—Lanham believes black people need to find ways to root themselves in the natural world.

For Lanham, this involves both scientific research and a lifestyle of hunting, land ownership, and conservation. And he is well aware that for many, restoring a connection with the land will entail liminality and loneliness: “My choice of career and my passion for wildness means that I will forever be the odd bird, the raven in a horde of white doves, the blackboard in a flock of snow buntings.” Yet Lanham’s proposed solution is simple, to “get more people of color ‘out there.’ Turn oddities into commonplace.” His poignant and compelling memoir will surely encourage many—of all colors—to follow his example.