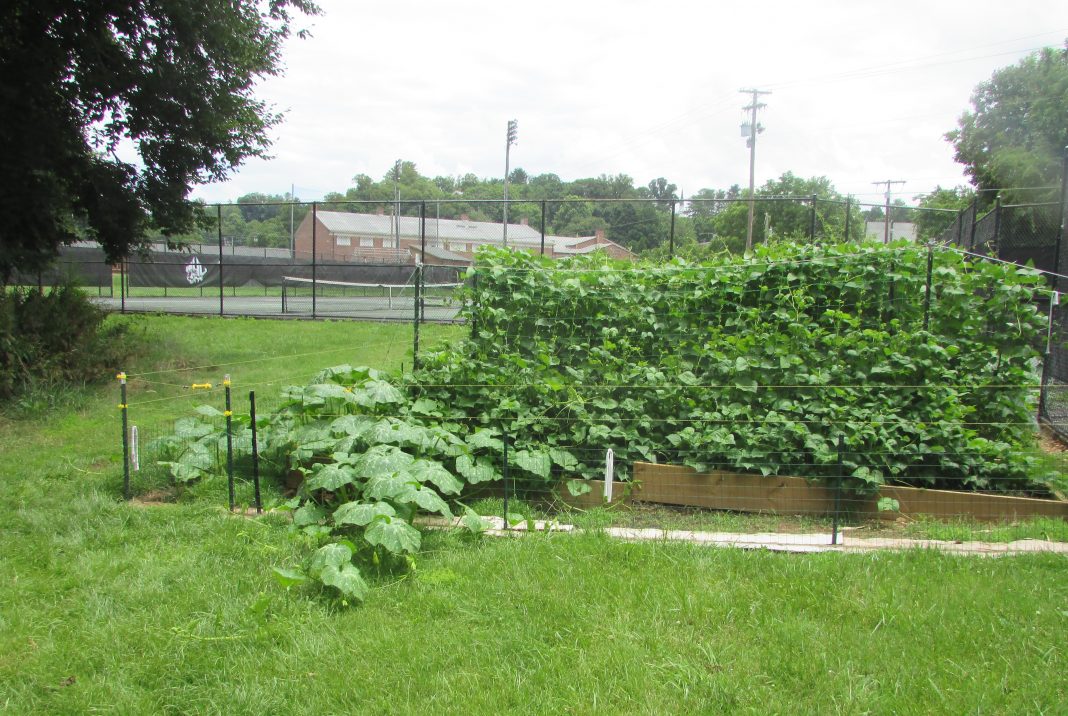 In the spring of this year, some students and I created a modest Heritage Garden—420 square feet of raised beds built from two-by-twelves and filled with a topsoil and compost mix. Our goal was to establish a space where we could grow open-pollinated, heirloom crops, especially those with some sort of relevance in our region. Going forward, our focus is seed production, and we define success in terms of harvesting seed that we can share. Thanks to guidance and gifts from community members; the work of students, staff, and faculty; and a good balance between rain and sun, the Heritage Garden’s first year was successful. We ended the year with considerably more seed than we sowed.

With the harvest completed, I find myself with a chance to reflect about the pedagogical value of a garden. 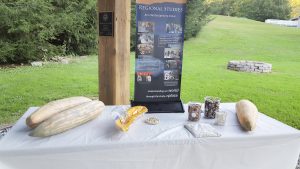 Because I’m proud that there is manure in my biography, I have always been sensitive to charges about a life in “the Ivory Tower.” Before I began college, my grandfather cautioned me not to “get educated beyond my intelligence.” I’ve spend the last fifteen years in “higher” education, but I have not risen above his warning; it would be more accurate to say that his words have taken root as an integral part of my identity. I have tried to remain grounded—thoughtful about the consequences of my writing and teaching and with muscles made dense by working the earth.

Thus I was tickled when my days on campus were split between teaching composition and the kind of basic carpentry that creates frames for raised beds. I was glad to give students the opportunity to exercise their minds and bodies. Though they might disagree, I think of the “sweat equity” the students contributed as a valuable product of the garden, as is an encounter with the rigid standards of construction. I have been told that I am a “tough grader,” but the students found that a four-foot level can be even more exacting. Deleting a paragraph or a page that isn’t up to snuff is never easy, but disassembling and re-installing the frame of a raised bed provides a more tangible lesson about the difficulty of excellence.

The Heritage Garden also provided some of the expected lessons about biology and reproduction—who pollinates whom (literal lessons about the birds and the bees), as well as which plant varieties tend to be promiscuous and will readily exchange their genetic material with others.

We also learned about ecology. A garden is a deliberately simplified version of a web of relationships, but if you want to grow beans, it pays to know about mycorrhizal fungi, and to be ready for bean beetles. 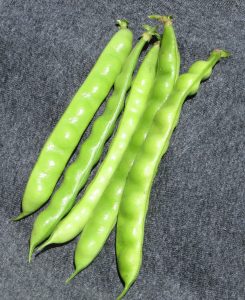 We were ready, and also lucky, and so our beans made a respectable crop. The varieties of beans we grew were, however, much more than vectors for lessons about food webs: they also twine around the tradition of our region. We were given seeds by a staff member whose family name has been closely associated with a remote portion of our county since before the Civil War. She gave us her family’s variety of what are called “Greasy Beans” because of the pleasing luster of their hull. They shine. They glisten and glow. Master seed saver Bill Best indicates that the recorded history of these beans in this part of North Carolina goes back to the Revolutionary War. In Saving Seeds and Preserving Taste (2013), Best also suggests that Appalachia is likely the site where this particular green bean emerged, which means that the history of collaboration between humans and this crop in this region goes back considerably further—as many as 1400 years. The Heritage Garden thus situates me and the students more deeply within this place and at the end of a remarkable succession of seed savers.

The Heritage Garden is also teaching us that there are things we don’t yet know; that is, we have considerable contemporary challenges. For example, gardeners are sometimes poor marketers, and the one who coined the name “greasy bean” did a real disservice to the variety. There is nothing meaty or fatty about the bean, and so we have an uphill battle to convince more gardeners to try it.

Having personally diminished our final harvest of dry seed by two pots worth of fresh green beans, I am ready to testify. The greasy bean is good eatin’—properly de-stringed, the hulls are not tough even when the beans inside have gotten good sized. A seed company in Asheville uses this characteristic to advertise the “Lazy Housewife Greasy Bean”: because the hulls stay tender longer, the beans can be picked less often. I understand this marketing strategy, but I’m not sure why we need to gender laziness and house it within matrimony. I was plenty lazy in my unmarried youth. And, come to think of it, the Lazy Bachelor Bean has a nice alliterative ring to it. But I digress. 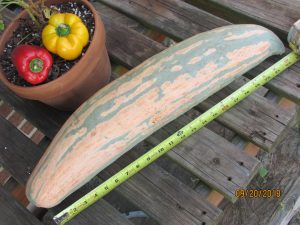 We also grew the pleasingly named North Georgia Candy Roaster. But if we eat first with our eyes, the Candy Roaster presents its own problems. Looking something like an ogre-pumpkin or a bloated, multi-colored butternut squash, the Candy Roaster offers no symmetry and little in the way of elegance. If one isn’t charmed by its lovable-oddball appeal, its vibrant orange flesh may do the trick. Or its productivity: we planted five seeds at the ends of our raised beds as a kind of afterthought. Some weeks later several of the Candy Roaster vines had undertaken an imperial campaign. They climbed up amongst the trellised beans and through the garden fence. Other vines seemed to have a life of country club leisure in mind and had a good start on sprawling across the tennis court before we trimmed them back. Despite all we did to curb their enthusiasm, they produced a prolific harvest: more than two dozen squash, many of them more than two feet long. 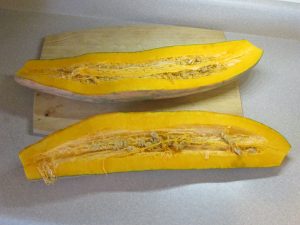 And just what did students learn about the Candy Roaster? Because you can have the seeds of this fruit and eat it to, the students did some learning about what Wendell Berry has called the “extensive” pleasures of eating. At the celebration of our inaugural harvest, students consumed curried Candy Roaster as well as Candy Roaster baked into bread, macaroni and cheese, and pie. They dined on the fruits of their labor. Because the pleasures of that day were wound up with our memories of building and planting, some of us ate with a robust awareness of what it takes to generate calories.

Berry says that such knowledge extends the pleasure of eating beyond taste and satiety. I agree. I hope the students acquired a taste for being producers, and that the Heritage Garden will teach that and other lessons perennially.

Faith The Size of a Mustard Seed: A Review of Katy...