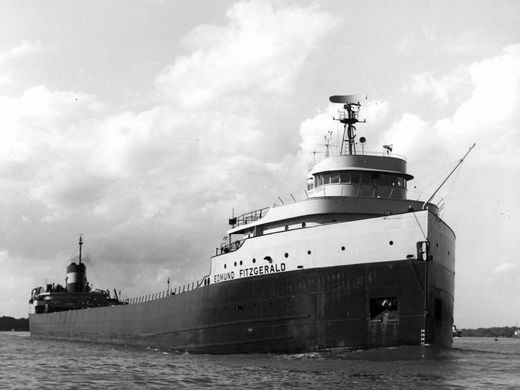 November writes its questions down
In slender panes of ice
That form in secret overnight
On puddles in the yard.

So a feeble imagination bodied forth an airy nothing one November long ago, hoping to give it a local habitation and a name. A file hiding aborted scrawl bears witness. This I can assure you of. And the date on the paper, written clearly in my hand, places the attempt at a distance of about three decades, somewhere in the midst of a bewitching youthful confidence in the power of poetry to write itself.

If you’re not a poet, you shouldn’t write poetry. It is important that a man learn what he does and doesn’t have the talent for. It was on this principle that I never played racquetball a second time.

Or is that the right way to put it? Sometimes it is not so much a matter of talent as of patience. An otherwise athletic man might, with patience, finally win at racquetball against a worthy opponent, just as a man of some artistic patience might learn to fret over a line or a line break instead of over a sentence only, as good prose writers must but as good poets perhaps need not, at least not quite so much.

Regardless, what remains in this case, what comes spinning across the decades from the dim chambers of the past, is the image that carried the thought. “On the Month of His Birth,” as the poem is titled—it is a poem of some twenty lines and one of a very few that I haven’t burned—emerged from a certain anxiety about the accumulation of years, the running clock, the fearful fact that we’re out of time-outs, and not because we’ve used them all already but because we were never given any to begin with. You wake to discover that a silent assassin has been on the premises, or rather that a private detective has been lurking about, making of the ice a strategy for interrogation: You have been given this one life; what do you have to show for it?

When you are out walking on a cold November morning, what do you do to those slender panes of ice? You tap them with the toe of your boot, of course. You have to. There’s no not breaking them. It’s one of those November pleasures to observe again the crystalline sheet now slightly dislodged and dislocated, depressed beneath the sole of the boot, the water, once silent and still underneath the clear slender sheet, now rising above it.

But there they are, year after year, showing up on cold mornings during the month of your birth, registering regret with every arrow of light that glances off of them. And sometimes you’re not ready for them. Sometimes they come early, like the gales of November on a big lake they call Gitche Gumee, and sometimes like the witch they come stealing. Around here it’s not especially easy to make it through November without thinking about that witch of November and how “the searchers all say they’d have made Whitefish Bay if they’d put fifteen more miles behind her.”

But this is November, the month of your birth, the month of nostalgia, loss, and regret, and somewhere, not far off, forty-three years ago, a church bell chimed till it rang twenty-nine times for each man the old cook didn’t cook for.

I suppose that while you live there’s a certain aching joy in the chill of regret. It would be different to be numbered among the faces and the names of the wives and the sons and the daughters. But while you and yours live you catch yourself nurturing regret, nurturing it just a bit, as if regret alone provides the proof that you do in fact live.

But notwithstanding the fact that man is the symbolizing creature, and notwithstanding the reasons to exalt in this, I like to reverse the whole imaginative process. I like to follow the trail back to the panes of ice themselves, the unsymbolized crystalline sheets. You and I symbolize with every sentence we utter, and it is part our glory that we do so. But I don’t like to see a thing disappear in its symbol. When it does it ceases to be a thing. I would no more suffer the utter disappearance into symbol than hold forever with the toe of my boot the pane of ice under the rising water. That’s the Romantic impulse taken too far. I like to see November surprising me with its familiar work. I like to see the ice that forms on puddles in the yard—ice unconverted into questions that November demands answers to. I like to see in the morning that November has acted secretly overnight.

“Once the symbol-mongering organism has a world,” wrote Walker Percy,

he must place himself in this world. He has no choice. He cannot not do it. If he refuses to make a choice, then he will experience himself placed in this world as one who has not made a choice. He is not like a dog or a cat who, when deprived of all stimuli, goes to sleep. Unlike an organism in an environment, a man in a world has the unique capacity for being delighted with the world and himself and his place in the world, or being bored with it, anxious about it, or depressed about it…. He has, moreover, the perverse capacity for getting things backwards and upside down. He, of all creatures, is capable of feeling good during hurricanes and sad on ordinary Wednesday afternoons.

Early tomorrow morning, as I walk out back across the snowy vesture of decay in the cold November darkness to see how the chickens fared, I know I’ll be wondering whether the witch of November came stealing, or whether she’s about to. I’ll feel the normal anxieties and insinuating regrets that attend the month. And to tell you the truth I’ll be glad of the perverse capacity for getting things backwards and upside down. How else to survive the interrogation of the ice?

Walker Percy and Modern America: A Message from the Ruins