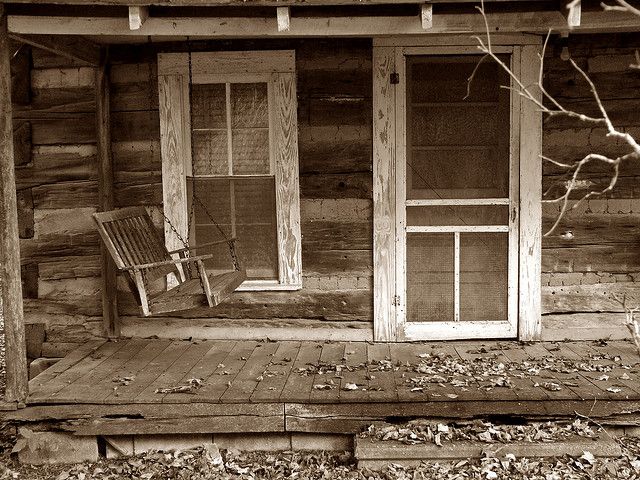 What is culture? What hath attachment to do with culture? Why are front porches necessary for culture?

Culture is something vibrant. Something living. Something that runs through the veins of living men and women and moves them to sing songs to the sun; of praise and thanksgiving to the trees, clouds, and stars. Culture comes from the Latin word cultus, which means praise or care. Without something to praise and care there can be no culture. The cult is what the heart is oriented to, and without a stable ground for the heart, there can be no culture.

It is impossible for culture to take root and flourish in an atomized and uprooted society. Consider, for instance, the first great work of the sojourning heart in Western literature: The Odyssey. Odysseus’ struggle to return to his beloved wife, son, and the land of his ancestors, is nearly unimaginable in today’s consumeristic culture of movement and uprootedness. It is precisely because Odysseus is attached, attached to his wife, attached to his son, attached to his ancestral land, that he braves the waves of Poseidon and the temptations of nymphs and satyrs to make triumphal entry home to return to feasting with remembered and embodied persons of love.

Culture is also impossible without memory. Therefore, culture is intensely historical and tied to history. Those who lack memory, those who cannot remember, those who have no attachment to the past, become the nihilistic drivers of anti-culture. For without those memories and without that attachment to the past, the repository of memory and the very place of memory becomes a blur and a dark cave of howling superstitions. The person without memories is the person without a place, a home, a front porch; such location grounds memories and a sense of that partnership with the dead, the living, and the to-be-born.

Happy is the man attached to land who whistles songs of joy, and thinks of his father, grandfather, and great-grandfather who tread the same ground. Those are the memories which become the seedling for culture to grow like a tree firmly planted in fertile ground and next to flowing waters. The father who teaches his son to fish the same pond he was taught to fish by his father is a man who has the treasure of memories which are the seeds for culture to take hold and flourish.

The war over memory, the war over history, the war over the reception of memory and history, is the true war over culture; for the war to destroy memory and erase history is the battle to have any culture at all. This battle, an essential one – and the only one for conservatives to fight – is also a war over aesthetics. Aesthetics and culture are intimately bound together.

Michael Oakeshott, in his famous essay “On Being Conservative,” argues that conservatism is a disposition to attachment. He revises Goethe’s “Verweile doch, du bist so schön” to “stay with me because I’m attached to you.” Goethe is right to see the beautiful and be drawn to it, but Oakeshott is more profound—in following Burke—that the beautiful is something that we’re particularly attached to. To have culture is to have something beautiful; it is to be linked in the eternal procession of memories and stories in the way that St. Augustine models in Confessions.

It should be self-evident that conservatives are cultural creatures and not ideological warriors. This is because conservatives understand that culture can only come from a shared history, heritage, and stories which bind creatures of memory together in an unbroken narrative from Ithaca to Iowa; not because the Iowan has been to Ithaca but because the Iowan who is attached to his front porch sees a common heart in Odysseus being called home to his front porch. We praise and feast in the comfort of hearth and home.

This attachment and historical consciousness, which are crucial to Heidegger’s conception of bodenständigkeit, allows one to look back on the past and what has grown from it to be beautiful and worthy of preservation because that past has informed him and made him who he is. To see that past stripped away, destroyed, and tossed away in the name of “progress” is to have a part of oneself chewed up and spat out on the side of the road. This preservation of roots, of attachment, to which memory is bound up, is that which allows culture to flourish in the first place.

Both consumerism and progressivism are anti-historical, and this has aesthetic and cultural consequences. This antipathy to history results in more than just aesthetic iconoclasm; it is a force of anti-culture in the desecration of attachment, place, and memory. The past, those stories of attachment, memory, and reverence, are the bowls of superstition, sin, and sacrilege to progressive fancy. The past, place, and all the stories attached to past and place, must be erased for the utopia to come. Without the front porch to call home there can be no culture, no root of love, and no fireplace which beckons us to hear stories and cultivate memories.

To have a home is to have a table to feast, laugh, and find joy. “You must sit down, says Love, and taste my meat.” The man of culture is glad to “sit and eat.”