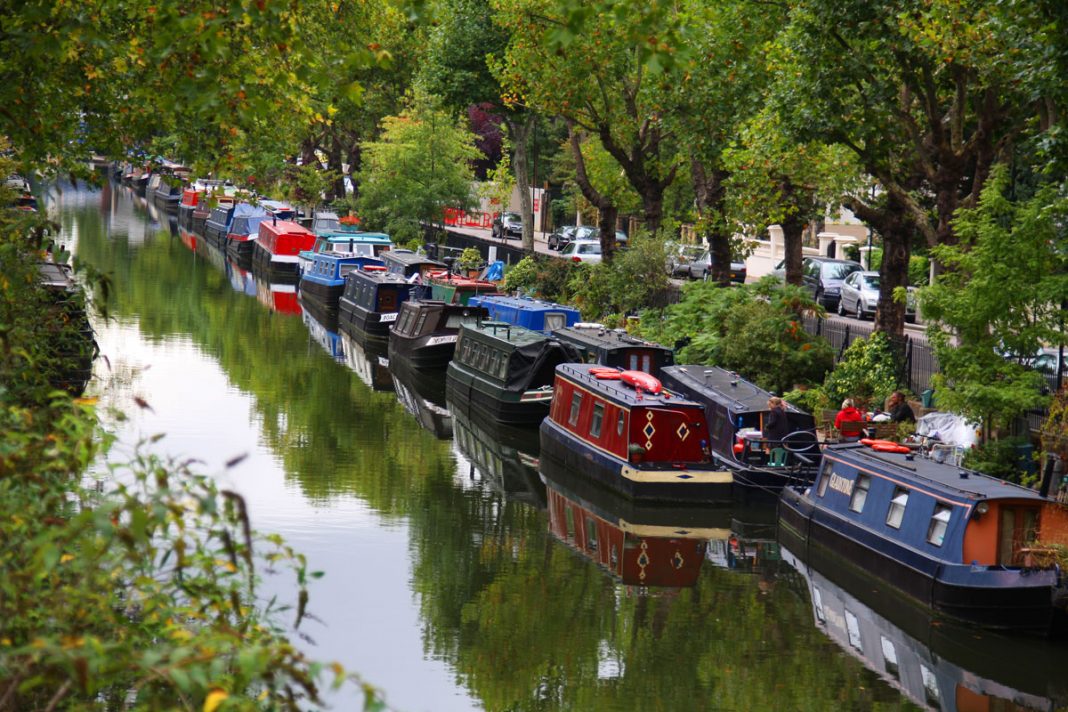 On the cramped, windswept island commonly known as the United Kingdom, there are few places for a man of free spirit to escape to.

There is no great Alaskan frontier, and no vast desert. The whole of the United Kingdom, comprised of four separate countries, is even smaller than Wyoming, or Michigan.

Texas is nearly three times the size of the UK, and Alaska, over seven.

So where do the porchers from across the Pond go to escape the entrapment of a modern, concrete, urban sprawl?

They could flee to the Shetland Islands– the northernmost point of the UK, just 190 miles west of Norway.

Or, they could join the growing British canal community.

Britain’s canal system, which was once essential for the transportation of goods across the country, stretches from London to Leeds, and although the era of moving cargo by canal has largely passed, these iconic and beautiful waterways today provide home to the longboat home community.

These noble families, some of whom have remained on the water for generations, float through the canals in their own living rooms– braving the British environment through all four seasons, sun or snow.

From the heron, spearing fish on the side of a canal bank, to the moorhen bobbing elegantly down the current, Britain’s canals are teeming with beauty and life, and the narrow boat bargee, sometimes referred to derogatorily as the Water Gypsy, is as close to nature as one can get over here.

It’s common to see water birds perched upon the roofs of these boats, and on a rare hot summer’s day, you can also find the boats’ human and canine residents perched on top too.

Almost always hand-painted with the boat’s unique name and accompanying art, these narrowboats are deeply entrenched in British tradition and culture, and serve as a tiny, but beautiful remnant of a country gone by.

On a particularly frosty day, the wood-burning stoves inside these narrow homes provide a similar experience to a cosy log cabin during a winter snowfall. And with the bonus addition of full kitchen appliances, inside toilets and showers, and electricity, the boats also provide the creature comforts now expected by modern man.

One man who opted to leave the land for the water is David Johns, a former journalist for ITV, who decided to sell his house to live on a narrowboat in 2015– and has been living on the water since.

“I had been working in the same job for about nine years, and although it’s a job that many people would kill for… it had all become a bit samey,” Johns declared in an interview. “I wanted something different in my life, so I decided to go the whole hog, sell my house, quit my job, buy the boat, live aboard, and have a bit of an adventure.”

“The thing I’ve noticed most about living on a narrowboat is the sense of community, and that’s a terribly old-fashioned thing that, when you live in a house, you perhaps think has long disappeared. Maybe you know your next door neighbour, but the idea of whole streets and communities knowing who they are and helping each other out, certainly where I lived that seemed to have long died out,” Johns proclaimed, adding, “But on the boat, there is this incredibly strong sense of, if you live on a boat, any other boater will be friendly, will be helpful, will invite you over for a cup of tea, will stop and have a chat. It’s so nice.”

An increasing number of young people are also moving to the canals in response to the unaffordable properties and rising rents of the housing crisis, not to mention the monotonous, rootless, humdrum lifestyle of the 21st century which had led to a rise in cases of depression.

According to the Canal & River Trust, 64 per cent of people “who live on houseboats on permanent moorings are aged under 45.”

Many of these young narrowboaters are based in the London area, where the average house price is now nearly £500,000, or over $600,000 dollars.

“In London alone more than 10,000 people now live on boats. The 100 miles of canals that run through the capital, including some of its best postcodes, are lined with vessels, from narrowboats to converted lifeboats,” he reported. “They are almost all homes for those who can’t or don’t want to pay to live on land.”

Living on a narrowboat is not without problems of its own, however. Though unlikely, these boats can sink, and their maintenance can be more frustrating to deal with than the maintenance of a 5-bedroom house. They’re not the cheapest forms of alternative living either, with used boats usually ranging from £30,000 to £45,000 and higher. New narrowboats can sell for up to £200,000.

There’s also the question of what the future of the canals will look like. As Britain’s population booms, it’s a given that the waterways will become more congested as more and more people flock to the canals, and at some point, the maintenance of the canals might become more hassle for the British government than they deem worth it.

But… the life of the narrowboater is a life in favor of beauty: The beauty in nature, and the narrowboater’s proximity to it. Beauty in the traditional craftmanship of the boat, and the art that adorns it. Beauty in the simple living that being on the water encourages. And the beauty in finding a community, identity, and connection in one of the few places these concepts remain almost entirely unmolested.

The canals are perfect for the porcher across the Atlantic.

A Call to Arms