Front Porch Republic
Home Articles The Feed Store To a Hare, From a Louse 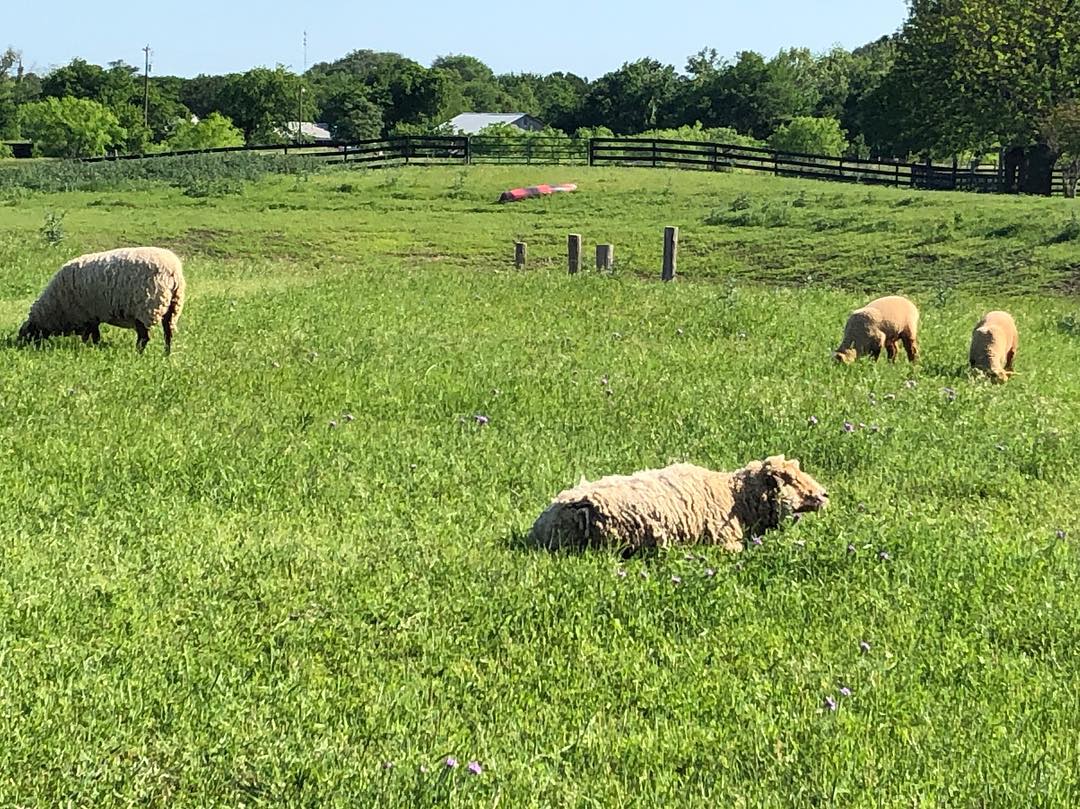 “Wee, sleekit, cowrin, tim’rous beastie, / O, what a panic’s in thy breastie!” This is the beginning of one of Robert Burns’s best-loved poems, “To a Mouse.” In the poem Burns reflects on the plight of a poor mouse whose burrow he accidentally destroys while plowing one blustery November day in 1785. (Why Burns is plowing in November in Scotland is less clear.) Burns laments that he has left the mouse without a home as winter is approaching and concludes with the famous lines, “The best-laid schemes o’ mice an’ men / Gang aft agley, / An’ lea’e us nought but grief an’ pain, / For promis’d joy!” And it is of course from these lines that John Steinbeck draws the title of his own immortal Of Mice and Men.

But it was another passage from that poem that came to mind as I was mowing one of our pastures the other day. Early in the poem Burns says:

I often encounter small creatures when I’m mowing in the pasture. Like Burns I mostly see field mice that scatter in front of the mower, but I also encounter rats and rabbits and the occasional snake. On several occasions I have stumbled upon large clutches of eggs laid in the middle of the high pasture grass. These are usually from our guinea fowl. Sometimes we have collected these eggs and put them in the incubator, but we haven’t had much luck hatching guineas. One never knows how old the eggs are, and getting eighteen or twenty eggs all the way from a pasture to the house without dropping a few is no small feat. It’s certainly an inconvenience to stop mowing and tend to the eggs.

But on this occasion, it was not a clutch of eggs that I disturbed while mowing. It was a rabbit. She was in the high grass near where the aerator sprinkler spreads the water from the Cottage’s septic system. As the mower neared, I saw her hop and move through the high grass. When she didn’t run away, I figured that her burrow must be near. She stayed in the high grass, moving as I moved, but she didn’t scatter. I continued mowing, but I was slow and careful, peering as best I could into the grass I was determined to eliminate. Once Andrea had encountered a rabbit’s nest in the other front pasture, and she had dutifully avoided it, leaving an obnoxious patch of weeds all summer in the middle of the donkey’s pasture. I knew my duty. And I remembered Burns.

I was almost finished mowing this pasture, and when I came to the end of my row, I noticed that something was sticking out of my front left tire. There was a piece of baling wire, three inches long, protruding out of the tire. I got off of the mower to investigate. There was red slime around the edges of the wire (the “red stuff” is the cheaper version of the “green stuff” used to seal tires). I knew that if I pulled the wire out, there was a chance that the hole would be too large, and the tire would immediately begin to deflate. But it was possible that the wire wasn’t in too far, and when I pulled it out, the red stuff would do its job and seal the hole for the time being. If I left it where it was, it would almost certainly penetrate farther and leave me with a flat tire in the middle of the pasture. To pull or not to pull, that was the question.

Flat tires in the middle of the pasture are always complicated endeavors. Not only is there the obvious inconvenience that any flat tire produces, but it’s made more difficult in a variety of ways. Front and rear tractor tires are not the same size, and one might not have a spare. That means either repairing the tire or a trip to the feedstore—the loss of an hour and a half either way. Even if I do have a spare, it might be the wrong size. If one wheel or tire is ever so slightly different, it will leave all of your rows uneven—the grass will be taller on one side of every row. This isn’t a bad problem in the pasture, but it’s big deal if you’re going to be using the same mower on the lawns around the houses and barns. Moreover, changing the tire is not always an easy task. First you’ve got to walk all the way back to the barn where the jack is kept, and then you have to carry not only a heavy jack and the spare tire back into the pasture, but you probably also need to bring some boards or bricks to put under the jack to keep it from sinking into the soft dirt once you begin to raise the machine. But small lawn tractors are not that high off of the ground, so it’s entirely possible that there will not be enough space to put both your board and your jack underneath the now disabled mower. And of course you’re in high grass with no shade, which makes everything more difficult, and even if you’re successful, you’ll have to cart all of this equipment back to the barn before you can resume the mowing that should have been a simple and enjoyable task.

All of this is in the back of my mind when I make the momentous decision to pull the wire out and take my chances. A small stream of air starts coming out, and my only thought is that perhaps I can finish these last two rows and get the mower to a place where it will be easy to change the tire. Now the clock is ticking, and I’ve got to go fast.

I speed down the row, knowing that with every second air is coming out of my tire. When I make the turn at the end of the row, I catch the sight of something moving in my peripheral vision. Oh no. I make a broad circle and turn around on grass that has already been mowed. There is a very small rabbit that looks at me and then disappears into the cut grass and weeds. I begin to scour the surrounding area, and then I see it. In my haste I have run over the rabbit’s burrow, and I have done worse than merely destroy her home. There are three dead tiny baby rabbits nestled together, and I have killed them.

I turn off the mower, no longer worried about the tire. I look around the pasture. Neither mama nor the other baby is anywhere to be found. When I examine the nest, I discover that there is very little blood, and at first glance, the three tiny rabbits seem to be sleeping. Only they are not.

There is nothing to be done. I am a little sick in my stomach, and I am angry at myself for my carelessness and stupidity. I try to console myself by thinking that this is just how nature is. Survival of the fittest and all that. But of course it wasn’t nature that killed them. I did it. And I did it because I was in a hurry and I wasn’t paying attention and I didn’t want to be inconvenienced. When I return to the mower, I discover that the red stuff has apparently sealed the tire, and it’s no longer deflating. I finish my row and make the long, slow drive back to the barn.

By now I’m thinking of Burns and how “man’s dominion has broken nature’s social union.” Is there really a social union with the rabbits? Was Old Major right after all when he told the other animals, “Never listen when they tell you that Man and the animals have a common interest, that the prosperity of one is the prosperity of others. It is all lies. Man serves the interests of no creature except himself.” When it comes to rabbits, aren’t I really more like Mr. MacGregor chasing them out of the garden and away?

Well, sometimes. There is the rabbit we’ve named “Peter” who lives under the deck at the Cottage. He greets us most mornings and evenings, and we leave a little lettuce for him at the edge of the deck. There are the birds that make their homes in our many birdhouses and of course the peaceable kingdom of the barnyard. It’s a union of sorts.

Burns also wrote a companion poem entitled “To a Louse.” In that poem he tells of sitting behind a pious, sophisticated, well-dressed woman in church and observing the lice that creep through her hair and bonnet. Burns suggests that the louse should be on a beggar’s head or even a small boy’s coat. In mock rebuke he scolds the louse for his impudence at climbing all the way to the top of this fine, devout woman’s bonnet, “Your impudence protects you sairly.” And to “Jenny,” the pious, unknowing woman, “You little ken what cursed speed / The blastie’s makin!”

But on this day, I am the louse. It’s my “impudence” and “cursed speed” that has made me break what little union I had with my fellow mortals. And it’s all the worse because of my own self-satisfaction. I pride myself on going slowly and being careful, smugly quoting Simone Weil on attention and Gene Logsdon about “living at Nature’s pace.” And all the while I’m recklessly speeding through the pasture because I don’t want to be inconvenienced.

O wad some power the giftie gie us
To see oursels as ithers see us!
It wad frae monie a blunder free us.

Blessed With Triple Ds: A Dispatch from Dumb-Ass Acres

In Praise of Religion’s Dark Side