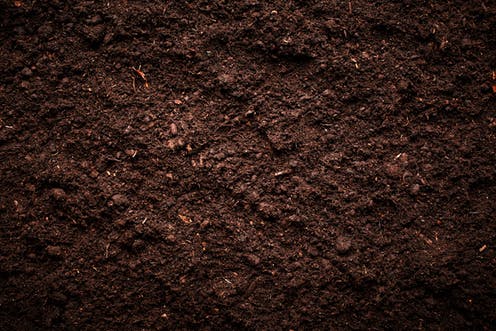 I have come down with a severe case of confirmation bias.

I count myself as one of those who believe that contact with the earth is a good thing. In particular, I hold that working the soil is a fine way to maintain one’s health, vim, and vigor.

My belief is based more on gut feeling than cold rationality, and so I am always collecting anecdotes that help me shore up my belief. For example, I felt validated by Tom Springer’s apologia for hand tools and bodily labor in “A Young Girl’s Guide to Power Tools.” I have also tacked to my office wall these words from Thoreau: “I think nothing is to be hoped from you, if this bit of mould under your feet is not sweeter to you to eat than any other in this world, or in any world.”

One can only speculate, but the geophagia prescribed by Thoreau has the ring of one of his characteristic extreme statements—more metaphor than literal imperative. Imagine my surprise upon reading (in O: The Oprah Magazine, of all places) that medical science may soon line up behind ol’ Henry.

Christopher Lowry, a behavioral neuroendocrinologist at the University of Colorado Boulder, is currently trying to develop what O called “a resilience vaccine.” Lowry’s work involves M. vaccae, a soil mycobacterium that seems to help stifle worry and depression: “The lipids in the mycobacterium . . . bind to immune cells and stop the body’s runaway inflammatory response—stress leading to inflammation, and inflammation leading to more stress—before it causes depression, anxiety, and other psychiatric disorders.”

The short article imagines a future that will include the ability to immunize long-term caregivers and military combatants against chronic stress and PTSD.

On the one hand, I was eager to add this information to my store of “proof” for the benefits of contact with soil. “Aha!” I thought to myself, “Here is evidence that playing in the dirt is good for me at the cellular level.” As I said, I immediately came down with a case of confirmation bias.

On the other hand, I am troubled by two aspects of this research. First, creating and consuming such “medication” seems like a complicated and roundabout way to encounter something already present in the soil. This pursuit also endorses “magic pill” ideology. The thinking seems to be that there won’t be any need to limit one’s exposure to stress and trauma once we can inject a vaccine or take a supplement derived from M. vaccae. Such logic suggests that the problem is our body’s response to stress rather than the actual cause of the stress.

To quote a different passage from Thoreau, “There are a thousand hacking at the branches of evil to one who is striking at the root.” I wouldn’t go so far as to say that the root-hacking I do will girdle evil in the world, but I do hope that my earth working and soil turning will at least give me a direct dose of M. vaccae.