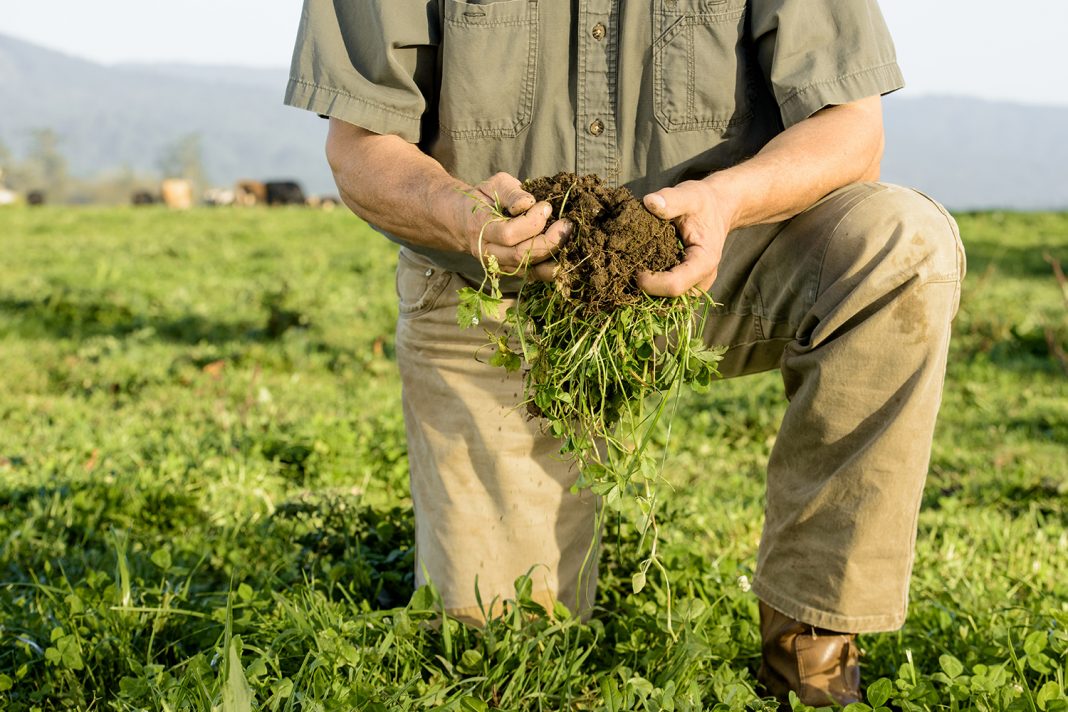 Washington, D.C. A farm is not a food factory. A factory is an artifact, a human, mechanical product. Its parts and materials are, by design, interchangeable, its function and ends shaped by human economic aims. These things are partially true of the farm—but only partially. If we neglect what makes farming quite different from manufacturing, we do so to the detriment of the ecosystem, including the human beings that live in it. Better to take a cooperative attitude that fits with the natural patterns of the land, flora, and fauna, rather than beat those things with hammer and tongs until they yield the desired amount of the required product. This cooperative way of farming is necessary to rebuild the health of the ecosystems on which we depend, and farmers across the country are demonstrating that this can be done in creative and profitable ways. These, in my reckoning, are the broad contentions of Stephanie Anderson’s new book One Size Fits None: A Farm Girl’s Search for the Promise of Regenerative Agriculture.

The author’s title, of course, plays on the conventional farming notions she would like to see supplanted, namely, that the progress of agriculture tends toward total standardization and mechanization. The strength of her book is the recognition that farming is a particular kind of work. Each farm finds itself situated in a unique natural, social, cultural, and biological context, and when farming is treated in the abstract, these particularities are ignored at a high cost. The argument of the book plays out in the form of a series of profiles of unique farmers from disparate corners of America.

Anderson begins with a conventional grower in Florida, Ryan Roth, who runs a mid-sized operation with a staff of migrant workers who pluck radishes, harvest sugarcane, and trim lettuce. In Ryan, she paints a picture of a stressed, overworked, financially pinched farm manager and an operation that is simply too large to manage in an environmentally responsible way. He has, she notes, gotten bigger in accordance with Earl Butz’s famous diktat, but he is not clearly better off for it; the farm’s financial situation remains precarious, he no longer gets to be as close to the daily work of the farm, and he is not necessarily growing the things that interest or appeal to him.

When it comes to laying blame for the “get big or get out” view of farming, Anderson points briefly to culprits familiar in environmental literature: Christianity, Platonism, Capitalism, overproduction of chemicals in World War II, plain old greed, and other things. But the more convincing reasons have to do with the notion that the industry wanted standardized and scalable practices for cheap and efficient mass production of a small number of multi-use commodities, and in the boom of postwar wealth, manufacturing power, and ground-breaking research, it was largely able to obtain those ends.

But the demands meant to be satisfied by this way of farming, of course, are not entirely organic to the market. Anderson notes that overproduction preceded demand; commodity crops are over-planted, at least in part, because they are subsidized in a way other that kinds of farming are not.

This is where the real difficulty comes in. There is an unimaginable amount of investment in the system as we have it. This is true up and down and the food supply chain, but for farmers it imposes powerful constraints. Many have sunk their life’s earnings into equipment, pesticides, herbicides, fertilizers, and hybrid seeds and have no means of simply checking out and trying something new, something that might take 5 years of rebuilding with no promise of a profit at the end. This is especially the case when, as it is, farm debt is at its highest in decades and profit margins are shrinking. Food and bioenergy supply chains continue to demand the same flow of commodities at the same cheap prices, and they ensure that federal and state policies and regulations are shaped toward these ends.

With prices so low and production so high, many farmers are trapped in a market where they are making very little to bend their shoulder to the wheel in growing produce that may not be needed or even used. Meantime, the water is degraded and the soil less fertile, the livestock often live in putrid conditions, the farmer becomes detached from the many satisfactions of farmwork, and rural communities are emptying.

The remaining stories seek to show some possible ways out. Two of these deal with tiny urban farms that supply niche local markets; one grows boutique greens for posh restaurants on Florida’s Vero Beach, and the other, in New Mexico, grows produce in greenhouses for local schools and the farmers’ market. These are cool, interesting projects in their own way, but they do not seem likely to assuage concerns about the big agricultural problems that confront us. It also struck me that both the farmer in New Mexico and the grower in Vero Beach might come off, to many ordinary farmers, as hippies, and perhaps a bit cock-eyed at that. The “surfing farmer” in Florida claims to know a woman whose cancer was cured by eating organic foods, and this information is relayed to the reader without comment. Claims like these, I think, would set off alarm bells for the more skeptical, scientifically-minded reader. Is all of this “holistic farming” just the agricultural version of homeopathy and naturopathy, and therefore safely ignored?

For those reasons, the farmers back in North Dakota, where Anderson is from, are more compelling in this context. They run bigger, more commercial operations, but with regenerative philosophies and methods. The ag economy cannot be run off of ten acres and edible flowers, but sustainable grazing practices, native grasses, and diversely planted farms are a big step in the right direction. It is in these portions of the book that Anderson is at her descriptive best, painting the place she grew up. If “it all turns on affection,” as Wendell Berry says, these are the best parts of the book. What is most likely to lift hearts are the author’s descriptions of the bison, cattle, and stretching fields of the Dakotas. The other strength of these sections is that they give space to the farmers to explain their experience. The notion that a farmer can make this sort of regenerative operation work and work profitably is very compelling. These farmers, Phil and Gary, make the case well, even when one does not agree with every practice or viewpoint they happen to express.

Even as these profiles evince a clear admiration, they call to mind the critical profile with which the book began. Anderson is in a difficult position, because it is absolutely key to have buy-in from conventional farmers themselves in order to create any significant, positive change. To this end, it is best to focus on working together toward solutions to problems that affect all of us. Anderson clearly wants to walk that line, and goes out of her way to note, in the end, that Mr. Roth is a good person. Still, here and there, I could imagine the conventional farmer feeling a bit hectored by the critique.

All told, this book is a fine resource for anyone looking to be introduced to the regenerative farming movement, to understand its mindset, and to get a sense of the people behind it. There are parts of the book that will certainly be controversial for farmer-readers, such as the arguments presented about which novel agronomical solutions are best for soil health in grazing operations. The value of the book, it seems to me, lies less in these practical offerings of technical advice and more in the effort to dress farming again in its native garments, that is, in returning to farming a set of values that are not straightforwardly, or not only, economic. For farming to exist sustainably, even from an economic perspective, this work of re-imagining is necessary. We have tried to farm as though the materials of farming were plastic, as if we could manipulate the land and the farmer in any direction to maximize outputs, and we have discovered the cost: depleted soil, degraded waters, depressed rural communities, and farmers stretched too thin. This book is a call to bring farming away from abstraction and back into its concrete context as part of unique human and natural ecosystems. Inasmuch as that is the case, I say more power to it, and I hope it finds readers who will take up its call to find creative ways to farm better.

Broody Hens and the Sustainable Farmstead