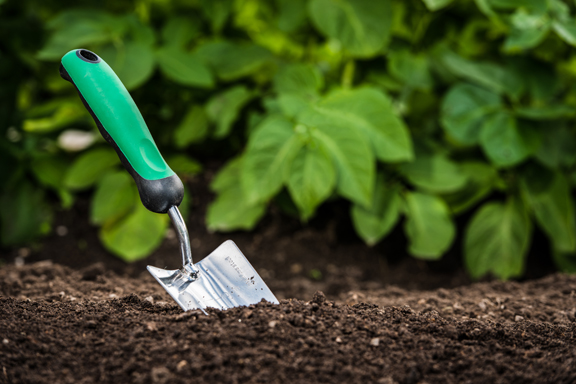 Steven Bouma-Prediger’s 2001 book, For the Beauty of the Earth, has become a staple among evangelicals interested in environmental ethics. In fact, it was so popular that it has been released in a second edition, which is no mean feat in Christian publishing. A little less than two decades later, Bouma-Prediger has offered a new volume on creation care, Earthkeeping and Character: Exploring a Christian Ecological Virtue Ethic.

This book enters a growing field of contemporary virtue ethics, particularly in the field of environmentalism. Apart from any other considerations, the first chapter of this book is a valuable introduction to the field of literature to date. One of the more significant aspects of Bouma-Prediger’s argument at the beginning of the book is his discussion of forms of ethical reasoning.

Too much of what passes for public ethics fails to honestly explain its ethical methodology. Much of environmental ethics, as it is understood by the general public, relies on a consequentialist ethics: the desired outcome determines what is good and right in a particular circumstance. This is how some environmentalists, even those who claim the Christian tradition, can arrive at strongly anti-human ethical conclusions in the name of reducing human impact on the planet. Their desired good––minimizing human impact––enables advocacy for sterilization and abortion on the grounds that fewer humans born will lessen the effects of humanity on the earth. The goal may be sound, but without guardrails, consequentialist ethical reasoning can lead in dangerous directions.

In contrast, Bouma-Prediger helpfully explains several forms of ethical thinking, offering his reasoning for emphasizing virtue ethics over either a rule-based or consequential ethics. He helpfully notes that dialogue between all three forms of ethics is necessary in pursuing right living.

The bulk of Earthkeeping and Character explores eight virtues, some of which are borrowed from the classic virtue tradition. Bouma-Prediger highlights the importance of wonder and humility, which are intended to lead virtuous people to live carefully in awe of the world around. He also celebrates self-control and wisdom, noting that these virtues will lead to thoughtful discernment about environmental issues. The virtues of justice and love, he argues, will cause people to walk carefully and consider the rights of nature. Finally, courage and hope lead to making hard choices in anticipation of a future healing.

There is much to admire in Bouma-Prediger’s approach to environmental ethics. If practiced within the context of a robust Christianity, the virtues he recommends would certainly help readers become better stewards of the earth.

This book will also function as an invitation for readers hostile to Christianity to see that faithfulness to Christ need not preclude care for the world. Even if one rejects the authority of Scripture, Earthkeeping and Character provides a compelling plea for walking softly on this earth. Because he uses Scripture primarily as an illustration of the virtues he proposes, Bouma-Prediger gives something of a soft invitation for those holding Christianity at arm’s length because they believe Lynn White’s accusation that to be Christian is necessarily to be hostile to the planet.

As a piece of Christian ethical reasoning, however, there are some questions raised by the exemplars Bouma-Prediger offers. When providing models for a Christian ecological virtue ethics, he offers Henry David Thoreau, Jane Goodall, and John Muir. There is little question that these people have thought deeply, lived carefully, and written well about ecology. All three were raised as Christians, but Jane Goodall has been largely ambiguous about her faith even when asked directly, and both Thoreau and Muir departed from Christian orthodoxy in notable ways in their writing. It seems odd to use those who have a tenuous hold on the faith once and for all delivered to the saints as central figures for a book on a Christian approach to anything.

A logical question follows if these three environmentalists are not fitting patron saints for Christian ecological ethics: Who could fit that mold? Some might name St. Francis of Assisi, but his practical work in ecology was limited based on the demands of his day. Others might name Wendell Berry, though on several points his written doctrine is inconsistent with the orthodox Christian tradition. In truth, the field of options is limited, in part because the effects of widespread abuse of the environment have become more much apparent in recent decades. This has made conserving creation an issue of major concern only relatively recently. Future generations may have more and better examples, if this generation’s Christians live faithfully to their callings to care for the earth and steward the doctrines of the faith.

Another concern that comes with any book on a particular ethical subject is that it can lead to imbalance in other areas. Virtue ethics in particular depends on carefully pursuing the virtuous mean between the vicious poles on either extreme. To flatten virtue ethics to an ecological virtue ethics runs the risk of neglecting virtues warranted in pursuing poverty relief, protecting life, and defending truth, for example. By isolating ecology from other goods, the reader may not get a full picture of the virtues that she should be pursuing. As Noah Toly recognizes in his book, The Gardener’s Dirty Hands, the application of ethical reasoning is always filled with tradeoffs.

Earthkeeping and Character is a well-written book, despite any weaknesses. It really is a pleasure to read. Those engaged in the study of environmental ethics, particularly those within the Christian tradition, will find this a helpful book on an important topic.