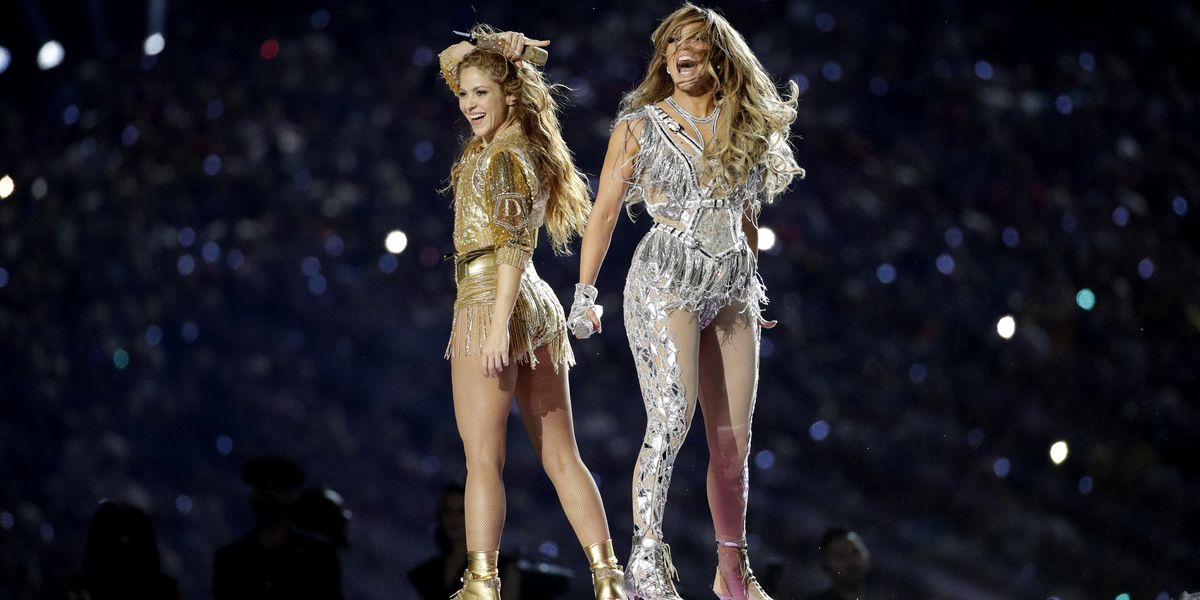 When the dust settles after the Super Bowl each year, the annual cultural commentary kicks into high gear. The usual morality play takes shape with the cultural left claiming that ads weren’t progressive enough, or that certain groups were under-represented, while the cultural right finds further evidence of cultural decadence and moral decline. The halftime show is usually the centerpiece of the dialogue, as it reveals underlying worldview assumptions and lets everyone know what parts of the cultural agenda are relevant. This year, the messages were certainly loud, but were they clear? It seems to me, that the messages sent about women through the Super Bowl spectacle were confusing to both men and women, something the left and the right should agree on.

Response from the cultural left and the celebrity class is mostly as expected thus far, interpreting the halftime show as progress for women since the two halftime headliners, Shakira and Jennifer Lopez, were Latinas. This choice was certainly not a coincidence, as the Los Angeles Magazine article back in September makes clear: “For The First Time, Two Latinas Will Helm the Super Bowl Halftime Show.”

Consider a brief sampling of headlines and tweets since the big game.

. @JLo and @shakira and all the special guests were so incredible!!! What a fun halftime show I danced and smiled the whole time. Such powerful sexy women!!!! On camera and off!!!!! Love you beautiful sexy talented women 💕💋 #SuperBowlHalftimeShow #SuperBowl

Thank you @jlo for a night that shows how much Latinos have to offer! #SuperBowl #PepsiHalftime pic.twitter.com/Pe2kzFxUNR

But upon closer analysis, is all of this really progress? Did the halftime concert show us “how much Latinos have to offer?” Did the Super Bowl ads and halftime show really emphasize women and equality? I suggest it would be more accurate for Yahoo’s headline to read: “Super Bowl 2020 ads emphasized gender sameness, halftime show emphasized female objectification.”

The concluding scene of the halftime show reveals (pun intended) all one needs to know about it. My family and I try and avoid the halftime show, and come back just in time for the third quarter, but this year my timing was a bit off, and we returned to the TV only to find a close-up shot of two scantily clad women’s hind-quarters shaking and gyrating while on a raised platform surrounded by other near-naked male and female bodies, kneeling, prostrating and reaching out towards the elevated voluptuous figures of Shakira and JLo. All this was accompanied by huge cheering crowds. Further discussion with co-workers, high school students in my classes, and a quick internet search made clear that the final image of the halftime show epitomizes the whole show, which included stripper poles and overtly sexual bodily movements. What does this all say about women, and furthermore, where does this leave men in their relationships with women?

The message of the halftime show confuses women. What should women strive to be? Did the halftime show really display, as Shakira tweeted, “how much Latinos have to offer” as if all they have to offer is their bodies? Think of the average American young girl who is left hanging to parse meaning out of these confusing messages; on the one hand culture tells them take a stand against the objectification of women, but on the other hand it tells them to shake their tail feathers and open their legs on camera.

The halftime show also puts the male conundrum in bold relief, as men are left to wonder how women really want to be treated. Are women of equal personal worth, with intriguing intellects and beautiful modesty, requiring that they be looked in the eye? Or are women objects, with titillating bodies and a raunchy immodesty, requiring that their body parts be drooled over? Again, the concluding image of the halftime show speaks volumes. It was not their faces that the camera focused on, as if to engage in conversation, but on their jiggling butts for others to ogle at. The singers themselves turned around in this regard as if to endorse such objectification. This leaves men in a lurch, not knowing how to view co-workers, friends, or possible future spouses. If men guess wrong, there are large cultural prices to pay.

The Only God Left: Sex

The halftime show reveals that when moral foundations and meaningful narratives fostered through religious commitments are on the decline, the only thing left is appetitive desire, and highest in the pantheon of desires is the God of sex. Sex indeed is powerful and creative; it is the only human act that can create new life. The inherent power and beauty of sex is essential to life and should be valued and treasured. The halftime show certainly communicated that in one sense. However, when unhinged from moral absolutes, sex loses its proper context, and what actually seems to be a valuing of sex, ends up cheapening it, as a product to be sold, or a voyeur show to be watched. The concluding scene of the halftime show is especially telling in this regard as the scene had an eerily religious structure to it. Shakira and JLo were elevated on a platform as if goddesses, and were surrounded by other dancers who were bowing, prostrating as if worshipers. The crowd voiced their approval with loud cheers and raised hands in celebrations of praise to all that modern society has left; the titillating rush of sexual gratification.

Shadows of the Truth: The Last Remnant of Sex Differences

With biting irony, the halftime show also uncovers perhaps the last cultural remnant of acknowledged sex differences. Of course, only male bodies were playing the rough-and-tumble game on the field. And in a distorted way, Shakira and JLo communicated loud and clear that the male and female body are not the same. It was not two male performers who shook their booties on the stage, but two females. The only male singers in the show were fully clothed from head to toe. The beautiful otherness of male and female was on display, perhaps too much on display with butt shots, crotch shots, and stripper poles to boot. But nonetheless, it was a dim reflection of the truth of sex differences.

A Way Out of the Contradictions

There is a way out of this complex web of competing messages. What was on display in the halftime show was not a celebration of sexuality or empowerment for women. It was an elevation of instinct. The creative power and beauty of sexuality is rightly celebrated in the proper context of male-female marriage, and when its creative force brings life into the world. Women and men are rightly valued as equals when equality is understood to refer not to their fungibility but to their complementarity, which functions by the principle of gift; that men and women, in their relationships with one another, sacrificially give of themselves in counterbalancing ways. The ultimate gift in this context is the self-giving act of marital love, which births new life and brings husband and wife further outside of themselves into the satisfying self-giving of child-rearing. This is a true celebration of sex and is the ultimate experience of empowerment.

But so many men and women aren’t even aware of this better way, only being familiar with the messages of popular culture, or the trite “thou shalt nots” of a by-gone Fundamentalism. If the choice is between pop culture’s message of uninhibited expression versus a prudish list of do’s and don’ts, well, we know who wins; Shakira told us at the halftime show, the “Hips Don’t Lie.” The lonely “thou shalt nots,” quickly crumble in the face of our alluring sexualized culture.

What He Saw in America: G.K. Chesterton’s View of the United States

“And the Word Was Made Flesh”: Placing Ethnicity in the Gospels and Making Conservative Politics Humane