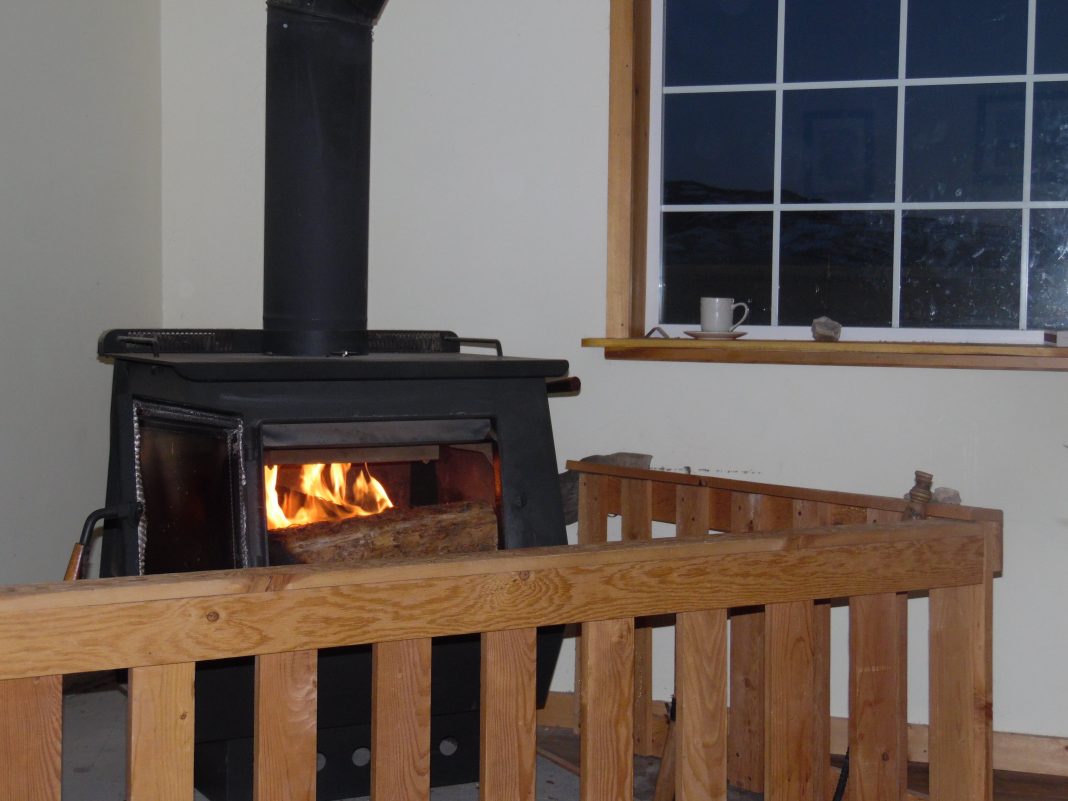 Beaverhead County, MT. Three years ago right now, my family and I moved into an unfinished house on 15 acres. Perhaps the good Dr. Peters will chime in as to whether this acreage does or does not merit the label “dumbass.” Fast forward, and we are now living in a less-unfinished house, in which I recently installed a small (12 X 12) library: Floor-to-ceiling shelves, live-edge sycamore slab desk, comfortable reading chair, rug, dictionary stand, lamp, not a screen in sight. It still needs a good foot stool, which I think I’ll have one of my kids make, so that they can work on their woodworking chops. Finished or not, when dinner-table questions arise about (say) St. Augustine’s City of God, the mating habits of the African rhino, or the exact wording of the final lines in the Ogden Nash poem about the trials of visiting your friends in the hospital, I can now utter the words I have long desired to say: “hang on, I’ll just go get that book from the library.”

The British sitcom Yes, Prime Minister once made the argument that social problems invariably expand in proportion to the number of social workers available to service them. Likewise, the trouble with having more bookshelf space in your house is that your resolve to leave some of it empty invariably wavers and fails the minute you run across an almost-full set of Toynbee’s A Study of History, a volume of Melville containing a single—but Essential—short story that you don’t currently possess, or a really interesting-looking book on the mating habits of the African rhino.

In my case, the withdrawal symptoms and resulting Fix came in the form of Fine Homebuilding magazine back issues, to the tune of approximately four linear feet. I justified myself by noting that my campus library gave them to me on the express condition that I take all of them, but honesty compels me to admit that I’d probably have taken them all, even absent such a proviso. Perhaps admitting you have a problem is the first step to recovery. However, I’ve been acknowledging that I have a problem for years, with no obvious results.

For a number of years, I’ve been building custom furniture on the side. Between that and the fact that I’m now building a house so that I have somewhere to put my books (oh yeah, and my kids too), my resolve never stood a chance. The voices in my head saying “you need them” having carried the day, said back issues now grace my library. My free shelf space is thus diminished, though not so much that I haven’t got room for the eleventh volume of Toynbee, if you’ve got one you’d part with.

So, for the last several months, I’ve been perusing those back issues, to see what I can learn about some finer points of home construction, now that my house is almost finished. For many years now, the magazine has been intensely concerned with matters ecological. How to build more energy-efficient houses? Super-insulation, blower-door tests, triple-glazed windows, and so on. As you might expect in a national magazine, 250 bucks a square foot is pretty much the low end of published costs. I built my house for about 35 bucks a square foot, if you need a comparison point, but ok, I can roll my eyes at the published costs and still learn something useful from the articles.

I’ve never been a “letter to the editor” kind of guy, but I couldn’t help myself when a recent issue of the magazine pronounced the wood stove as (significant pause): Out. Aside from being the most enjoyable heat producer in existence, why the grand pronouncement? It turns out that new green building standards are now producing such tight houses that builders are having trouble finding enough external combustion air for fireplaces and woodstoves. The proposed solution? Don’t put a woodstove in your house. Thus, my decision to write a protest letter to the editor, the fate of which is unknown to me at present.

But first, a word on wood heat. I live at 5300’ in southwest Montana, where winters are not particularly mild, to put it mildly. Three years ago last December, on a Saturday morning, I drove out to my partially finished shop to start building my kitchen cabinets. The thermometer registered 36 degrees below zero that morning. In addition to periods of sub-zero temperatures, my locality also contains thousands of acres of standing dead and dying timber, courtesy of the Japanese beetle. You can cut this timber for five bucks a cord, on Forest Service and BLM ground. I’ve got an old ‘89 Chevy 1-ton crew cab pickup (the last of the Chevy square bodies, for all of you rust-aholics out there), and a trailer, in which I can fit approximately two cords of firewood. Combine truck gas, chainsaw gas, and bar oil, and it costs me about fifty bucks a trip to go get firewood. Between my house and my shop, I burn about six cords a year. In my climate, this means that I heat my house for about 150 bucks a year. And that’s if I don’t go down to a local sawmill and pick up ends for free. Even factoring in periodic truck/trailer maintenance and the fact that I just broke the !@#$ pull cord off my chainsaw again, that’s a pretty cheap and I daresay renewable way to heat a 3800 square-foot house (I’ve got 7 kids) and a large shop.

Your local opportunities and limitations are different than mine, by definition, but you have them. My brother in Minnesota doesn’t need six cords a year because he burns hardwood. Building code enforcement costs a lot in your area, but your brother-in-law is a contractor and he’ll let you work for him on your own house. (If you don’t know anything about construction, I’ve got some magazines I’ll loan you). Maybe in your local area and on your specific budget, it actually does make sense to build a super-insulated house. Etc.

However, the national-level approach to my need for a larger house and space for the kids to grow up out in the country where they can build giant catapults and raise 4-H sheep entails the following: I take out a second job. My stay-at-home spouse also gets a “job” (recognizing that being a homemaker is a real Job) and quits homeschooling our children. Public schooling being what it often is, they’ll probably now be unable or unwilling to read the books in our library. My spouse and I never see each other or our children, but, we do have the money to put a 5% down payment on a half-million dollar house, to whose mortgage we are as chained as a convict in a medieval dungeon; payoff date: March of 2095. This house is super-insulated with closed-cell foam, whose blowing agents are extremely environmentally toxic. But now I can heat my house with petroleum at a cost of 150 bucks a year.

Thinking about ecology from a national perspective, my house with standard R-19 walls and R40 roof, standard windows, and so on, is a “problem.” (As are, no doubt, my 8-mile-a-gallon pickup, 2-cycle chainsaws, and large tribe of children). From a local perspective, though, there’s a solution that’s far simpler than the ones proposed by national standards for green building:

Get up from my library chair and throw another log in the wood stove.

Notes from the Canal Zone