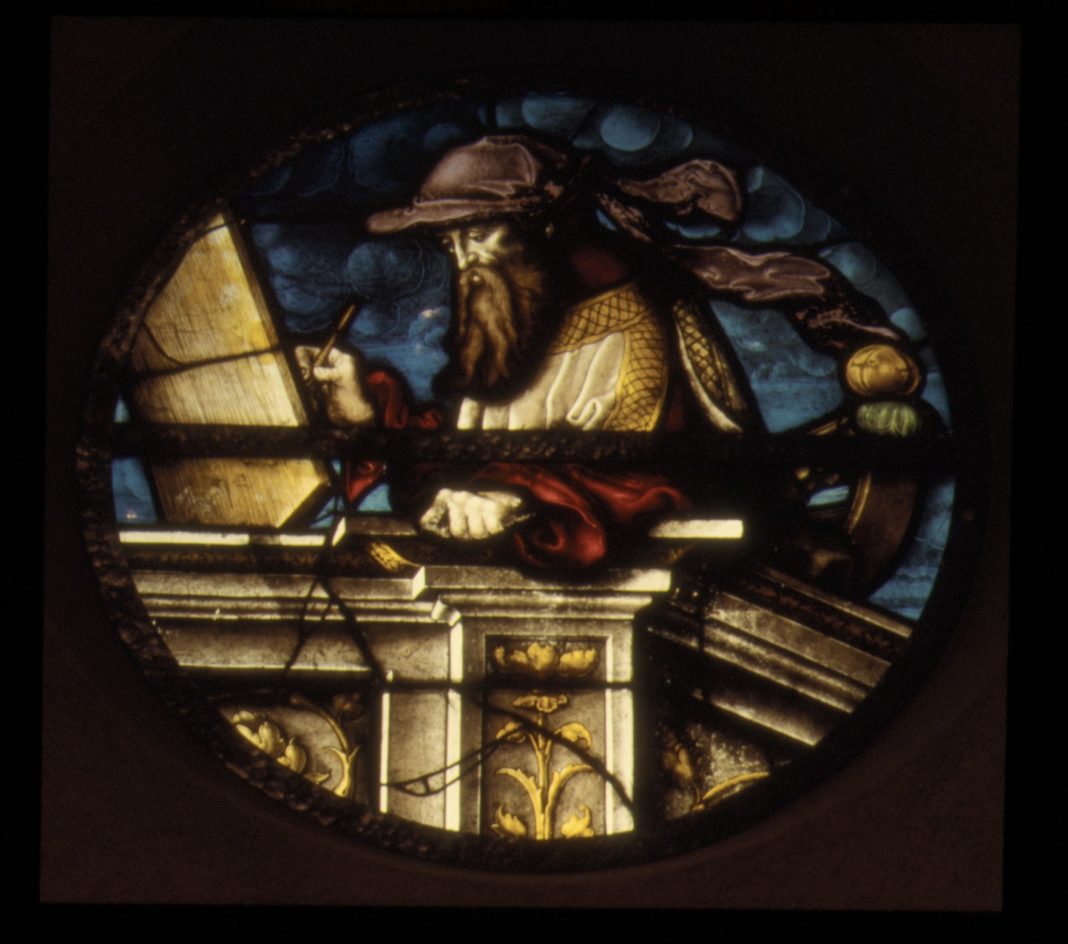 Meridian, ID. While few intellectuals would reject the label “prophetic” should their work be deemed such, true prophets are almost universally condemned as crazy, alarmist, or worse. Prophets warn people who are ill-prepared to listen. We don’t want to believe that what they are warning about could be true.

Consider Moishe the Beadle, from Elie Wiesel’s haunting memoir Night. Moishe had escaped from the clutches of the Nazis in 1942 and returned to his hometown in Romania to warn the people of impending doom. Wiesel writes, “People not only refused to believe his tales, they refused to listen. Some even insinuated that he only wanted their pity, that he was imagining things, others flatly said that he had gone mad.” Moishe adds later that he simply wanted to come back and warn his people but no one would listen to him. Prophets come, speak words of warning, are deemed alarmist by the community, and are rejected. 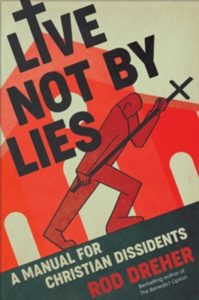 In his recently published Live Not by Lies, Rod Dreher strikes a chord that sounds dark or even pathological to some. They are concerned that Dreher is a tiresome alarmist, or even worse, that he is driven and motivated by irrational fear. I believe that they are wrong.

Dreher’s prophetic warnings are grounded on his study of Aleksandr Solzhenitsyn, whose 1974 essay also inspired the book’s title and its epigraph: “There always is this fallacious belief: ‘It would not be the same here; here such things are impossible.’ Alas, all the evil of the twentieth century is possible everywhere on earth.”

Dire warnings continue throughout the first part of the book as Dreher studies lesser-known twentieth century prophets like Father Kolakovic, a Croatian priest. After fleeing the Nazis in Croatia, he took up residence in Czechoslovakia and began to warn and prepare his fellow Slovak Christians for the coming persecution. Kolakovic provided a motto to his fellow dissidents: “See”—be aware of reality. “Judge”—be discerning. “Act”—resist evil. This motto serves as a framework for part two of Dreher’s book, in which he provides a manual for Christians to live in the truth, even if doing so means that there will be costs to one’s social status.

Dreher lays out a compelling case for what he refers to as a soft totalitarianism that is beginning to be more and more prevalent as our liberal democracies crumble under the weight of zero-sum ideologies and fraying social trust. Dreher makes his case by appealing to both Hannah Arendt’s study of totalitarianism as well as to the striking similarities former Soviet dissidents are seeing in the rhetoric and practices of the progressive left today:

One of contemporary progressivism’s commonly used phrases—the personal is political—captures the totalitarian spirit, which seeks to infuse all aspects of life with political consciousness. Indeed, the Left pushes its ideology ever deeper into the personal realm, leaving fewer and fewer areas of daily life uncontested. This, warned Arendt, is a sign that society is ripening for totalitarianism, because that is what totalitarianism essentially is: the politicization of everything (39).

If Arendt recognized this trend as a precondition to totalitarianism seventy years ago, one wonders how our current cultural milieu of 24-hour news cycles and instant notification of all the world’s ills does not make western democracies ripe for totalitarianism.

Even those who dissent from the current post-truth, consumerist, corporatist zeitgeist have already entered a soft totalitarian social and political environment that will not be fixed politically, as “social justice progressives advance their malignant concept of justice in part by terrorizing dissenters as thoroughly as any inquisitor on the hunt for enemies of religious orthodoxy” (59). 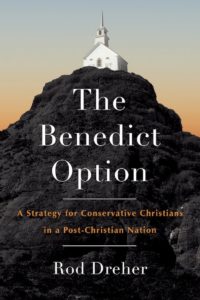 In part two of the book, Dreher returns to themes he first explored in The Benedict Option (2017). He encourages the Christian dissidents who live in these crumbling western democracies with stories of how other Christians were able to withstand the hard totalitarianism of the Soviet system. Dreher calls on Christians to form meaningful, thick communities of trust now in order to survive the times of soft persecution that are already here and seemingly becoming worse.

This is the practical section of the book and is fittingly called, “How to Live in Truth.” Dreher writes, “Once you perceive how the system runs on lies, stand as firmly as you can on what you know to be true and real when confronted by those lies.” One way to live defiantly in the truth is to “refuse to let the media and institutions propagandize your children.” Instead, “teach them how to identify lies and refuse them” (108).

But how? Dreher looks to models of how Soviet dissidents refused to participate in the lie and paid the price. In every example, Dreher emphasizes the satisfaction people eventually enjoyed in having lost social status for the sake of one’s integrity. The Benda family, a large Catholic family who suffered in a variety of ways due to their resistance to the Soviet totalitarianism in their beloved Prague, serves as one of the most inspiring examples.

The surviving children of the family told stories of how their parents raised them through the dark days of Communist rule. Most notably, their parents sought to fill their moral imaginations with examples of the good, true, and beautiful. They often read fairy tales, myths, and adventure stories, but their absolute favorite was J.R.R. Tolkien’s The Lord of the Rings. When Dreher asked them, “why Tolkien?” the Bendas responded, “Because we knew Mordor was real. We felt that their story—that of the hobbits and others resisting the evil Sauron—was our story too. Tolkien’s dragons are more realistic than a lot of things we have in this world” (138). Having formed their children’s moral imaginations on stories that conveyed truth and beauty, the Bendas were able to withstand the severe suffering they experienced as dissidents of the atheistic, Soviet regime.

Besides the importance of individual and family resistance, Dreher emphasizes the necessity of the other mediating structures for maintaining hope in a repressive society. The late Roger Scruton furnishes one example, with his work building the intellectual resistance in Czechoslovakia through small groups of scholars committed to studying and propagating the intellectual heritage of the West. According to Dreher, Scruton “emphasizes the importance today of dissidents creating and committing to small groups—not just church communities, but clubs, singing groups, sports societies, and so forth” (179). These little platoons, according to Dreher, are required of Christian dissidents because the lone, atomized individual stands no chance against the forces of totalitarian oppression. In contrast, a fellowship of like-minded truth tellers has the power to withstand much evil.

Lastly, Dreher gets downright pugnacious in his condemnation of the Christian embrace of therapeutic categories and calls on Christian dissidents to embrace suffering instead. This is one of the most important chapters of the book because it is the one that Christians so desperately need to hear. He serves a warning to Christians that their pursuit of happiness at all costs will ultimately end in people who not only welcome soft totalitarianism, but who actually embrace it: “these are the young churchgoers who have little capacity to resist, because they have been taught that the good life is a life free from suffering. If they have been taught the faith at all, it has been a Christianity without the tears” (185). That is, the totalitarianism we face today is much more Soma-driven as in Huxley than it is fear-driven as in Orwell. Until the members of the holy catholic and apostolic church embrace the call to suffer well for the sake of a higher and eternal calling, there will be very little resistance to the forces of evil arrayed against the church. The Christian church must abandon the Moralistic Therapeutic Deism that Christian Smith identifies as the core of American Christianity and embrace a healthy, conservative ecumenism that embraces the path of suffering as a means to the sanctification of the faithful.

Dreher, as prophet, gives a dire warning that, if true, means that many Christian dissidents will suffer loss of job, loss of reputation, and loss of social status. Will we listen? Will we heed the warning and prepare to endure such suffering well? Will we commit ourselves to strong communities of faith? At the end of the introduction to Live Not by Lies, Dreher describes a friend who had formerly lived under Soviet totalitarianism telling him that writing the book would be a waste of time. When Dreher asked why, his friend answered, “People have to live through it first to understand. Any time I try to explain current events and their meaning to my friends or acquaintances, I am met with blank stares or downright nonsense” (xvi).

I have also found this to be true in my conversations with many fellow Christians. There seems to be a common lack of comprehension of the failure of our social and political life. Rod Dreher may be wrong about his assessment of our situation, and I may be wrong to recommend his book. Even if his prognosis is partially wrong, however, we would do well to heed his call to live out the truth in solidarity with others for the sake of Christ, whose suffering for our sake serves as a model for us to follow.

The Gain is Gloss: Thanks to FPR and Its Readers