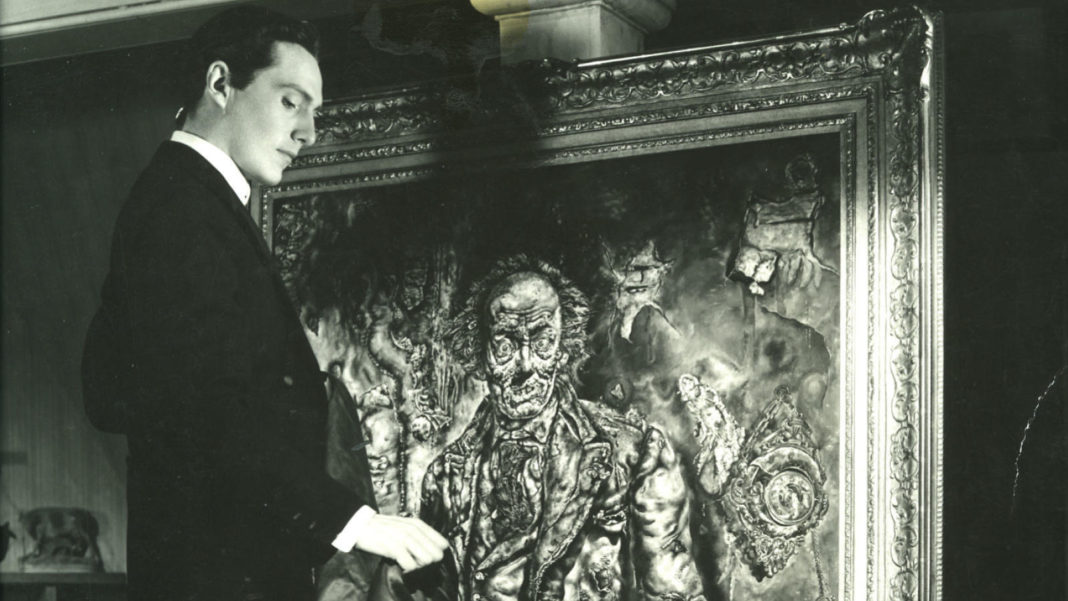 Things are in the saddle,
And ride mankind.

Cincinnati, OH. So warned Ralph Waldo Emerson in his 1846 “Ode, Inscribed to William H. Channing.” It was a time of radical anxiety and dizzying technological innovation in the United States. Steam power expanded the reach of Manifest Destiny, and the electric telegraph quickened antebellum discord.

Emerson was no techno-optimist, and his dread of technology detached from human purpose and control remains unsettlingly prophetic. In the heyday of the industrial revolution, technology was heroically physical, embodied in coal-fired locomotion and belching smokestacks. Although telegraphy was taking off, the uncanny disembodiment of today’s information age could hardly have been anticipated. Yet the templates of the modern mind already haunted Emerson. The pursuit of knowledge in particular was becoming mortgaged to ideals of efficiency and social conformity. Thus, in his 1837 oration to the Phi Beta Kappa Society, “The American Scholar,” Emerson urged students to cast off their “iron lids” and strive beyond mere “exertions of mechanical skill.”

Emerson’s lush, poetic prose obscures his practical impact on American higher education, though his influence on educational thought was far-reaching. What most stood out was Emerson’s insistence on putting knowledge into action, on active learning: “Only so much do I know, as I have lived.” While science and literature might succeed in “transmuting life into truth,” this alchemy was never passively attained, he insisted. Scholars should be “self-relying and self-directed.” They must cultivate their minds by “by nature, by books, and by action,” not simply by “peeping into microscopes, and turning rhymes.”

Emerson’s self-reliance was a far cry from today’s language of standards, metrics, and quantitative norms, all of which would have merited his scorn. “I learn immediately from any speaker how much he has already lived,” he remarked, “through the poverty or splendor of his speech.”

Closer to Emerson’s day chronologically, but to our own time in spirit, John Dewey strove to accommodate rather than to transcend modernity in a lifetime that stretched from the antebellum era to the atomic age. Remembered as a tireless reformer, founder of the University of Chicago Laboratory Schools, and leading figure of the American Association of University Professors, he worked to align professional higher education with the demands of industrial society.

But Dewey’s pragmatic vision was not some sterile, technocratic utopia. Self-cultivation mattered to his sense of democracy just as it mattered to Emerson’s sense of the individual. Indeed, Dewey acknowledged the roots of his own thought in Emerson, whom he revered as “the philosopher of democracy.” Like his transcendentalist forerunner, Dewey wrote volumes on the value of art and the humanities, and he was especially influential in the field of art theory.

Dewey’s writings were eclectic, but a rich vein of sociological critique ran through them. Among other concerns, he denounced the market-driven effects of cultural elitism. In Art as Experience (1934), he stated: “The growth of capitalism has been a powerful influence in the development of the museum as the proper home for works of art, and in the promotion of the idea that they are apart from the common life.” Unchecked, such sequestration corroded democracy. Art must be experienced, wrote Dewey, not only in galleries and museums, but also in homes, factories, and, above all, schools.

Dewey was at his most Emersonian when describing the social power of art:

Since art is the most universal form of language, since it is constituted . . . by the common qualities of the public world, it is the most universal and freest form of communication. Every intense experience of friendship and affection completes itself artistically. The sense of communion generated by a work of art may take on a definitely religious quality.

In 2020, thanks to Google Arts & Culture and other digital resources, the treasures of the world’s galleries and museums are accessible as never before. In this pandemic year, virtual culture has proven a comforting distraction, even as its original version wastes away like the neglected portrait in Oscar Wilde’s The Picture of Dorian Gray. But the communion of art, articulated by Dewey, quickly pales on the glowing screen.

2020 has also been a vintage year for advocates of ever-accelerating technological rationalization in all walks of life, including Eric Yuan, CEO and founder of Zoom. Interviewed at the December 2020 online conference Web Summit (described by Bloomberg as “Davos for geeks”) Yuan boldly envisioned the changing face of technology. “We believe that video conferencing tools . . . can deliver a better experience than face-to-face meetings in the future. I’ll be able to shake hands with you and, if we speak different languages, with AI we’ll be able to understand each other.”

But disembodied handshakes and spontaneous translation were not all that Yuan promised. Even a humble cup of joe will soon be harvested by virtual reality. “We’ll feel like we’re sitting in that same Starbucks and drinking a coffee together,” said Yuan. “Anyone, no matter where they are, will always feel like they’re in the same place together.”

In 2020 the smell of virtual coffee hung everywhere, like a miasma. Educational institutions were no exception. Throughout America, campuses have been eerily quiet. Smaller, non-residential colleges have felt especially vacant, with skeletal staff and only the occasional fugitive professor Zooming from their office. Public events and student life, together with most instruction, have migrated online, with worrying implications. As MIT psychologist Sherry Turkle foresaw in her 2011 book Alone Together: Why We Expect More from Technology and Less from Each Other, prolonged digital dependency leaves many people “lonely but fearful of intimacy.” The constant anxiety of online interaction is as far removed from Emersonian self-reliance as can be imagined.

Now, the very institutions that should be sites of communion between young and old mediate these relationships virtually and, often, asynchronously. Though championed in the name of accessibility, the spread of remote learning has not deepened human communion or strengthened democracy. All too often, it has fragmented human relations.

And what of the future for liberal education in an age of applied technology? “Disruptive innovation” of the type championed by Harvard Business School’s Clayton M. Christensen looms over academia, heralded by the age of Zoom and the empty campus real estate. As historian Jill Lepore has written, this model, derived from industry but applied to higher education, advocates “the selling of a cheaper, poorer-quality product that initially reaches less profitable customers but eventually takes over and devours an entire industry.”

With the growth of online learning, micro-credentialing, and other innovations, it might seem as if higher education must either embrace disruption or pay the price. Given the parlous state of the pandemic economy, some institutional attrition may prove inevitable, but such Darwinian selection is hardly cause for rejoicing. As Lepore argued, disruptive innovation promises “the hope of salvation against the very damnation it describes: disrupt and you will be saved.” Furthermore, “the advocates of disruption have an affinity for circular arguments. If an established company doesn’t disrupt, it will fail, and if it fails it must be because it didn’t disrupt.”

If Lepore’s objection applies to steelmakers and automobile manufacturers, how much more does it apply to college educators, those who should be invested in enduring humane wisdom? Furthermore, advocates of disruption misrepresent the historical foundations of higher education. As Lepore noted, these foundations rested not on profitability but on “patronage, [and] donations made by individuals or funding from church or state.” Such support might seem old-fashioned today, but it embodied social values beyond the whims of the market.

In an age of knee-jerk innovation, the warnings articulated by Emerson and Dewey are more needed than ever. They advocated for applied knowledge, but they also insisted such technology must serve human ends. Higher education should heed this wisdom and stick to its humanistic roots, while closing the affordability gap between virtual college and costly in-person higher education. Amid the momentary triumph of Zoom, faculty must fight the creeping perception that liberal education is a mere luxury, a privilege of wealth rather than a vital basis of democracy. If we leave Zoom in the saddle, it will ride us. The classroom should once again become a space of solidarity, not just a virtual metaphor. Dewey’s observation in Democracy and Education takes on added meaning in a time when all interaction relies on “remote physical energies”: “our daily associations cannot be trusted to make clear . . . the part played in our activities by remote physical energies, and by invisible structures. Hence a special mode of social intercourse is instituted, the school, to care for such matters.”