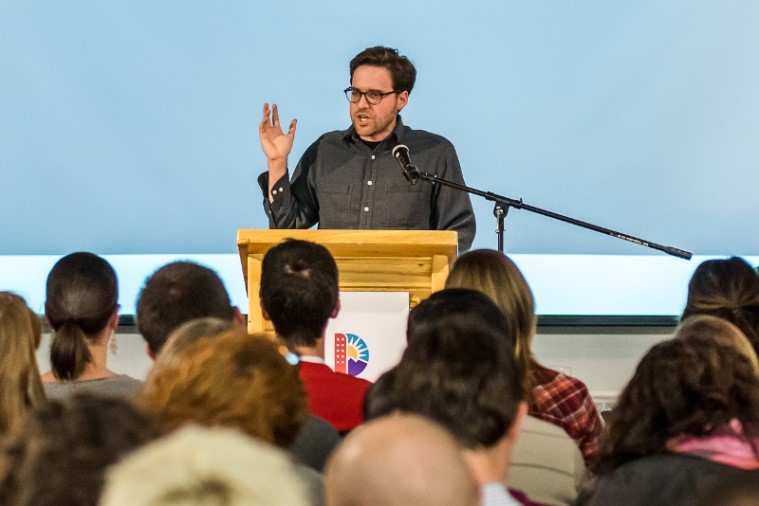 A few months ago, we posted an invitation to participate in a virtual book discussion. That group is now hosting a discussion of a second book. Below is Zac Blanchard’s announcement of their next book.

“Ownership is the path to realizing one’s selfhood. Pity the jobholders.” – Abraham Lincoln

As the American economy trends towards increasingly larger, impersonal, and multinational ownership, a counter-trend has (re-)emerged towards smaller, more personal, and shared ownership among workers or buyers. Nathan Schneider’s 2018 Everything for Everyone: The Radical Tradition That is Shaping the Next Economy explores the history of cooperatives, from pre-medieval monasteries to current efforts to mitigate the instability inherent in the gig economy, finding support from the Acts of the Apostles to Abraham Lincoln to WEB Du Bois to Pope Francis to, curiously, both the 2016 Republican and Democratic Party platforms.

In Everything for Everyone, Schneider rejects an “imaginary ‘sense of ownership’” for actual, literal ownership. Goals of social fraternity and economic democracy aside, there are urgently important questions of practicality concerning how feasible it is for contemporary co-ops to, to quote Schneider, strike the spot “where human nature, economics, and neighborliness [converge] to make a certain kind of business work.” Are cooperative businesses a largely naïve effort unable to compete with capital-owned, large-scale business in the free market? Is their main weakness a lack of familiarity amongst American entrepreneurs? Are they a relic of hippie culture, or a growing trend in our digital society? What are the social, societal, and political benefits of cooperative ownership structures? What potential opportunities for cooperatives have yet to be identified? This book, and our book club, seeks to develop answers to these questions.

Over the last several months, our book club read Civil Economy: Another Idea of the Market, by the Italian economists Bruni and Zamagni, which explored the theory and future for an economic paradigm emphasizing reciprocity and virtue, to balance out the more individualistically-driven “political economy” developed by Adam Smith, David Ricardo, and their descendants. Schneider’s Everything For Everyone moves from largely philosophical to largely practical, looking at the history, variation, success, failure, trends, and future of cooperative businesses.

The book club will read one chapter a week, then meet for an hour to discuss it. Our meetings will start at the end of April, and run for about two months. We hope to have theorists, hobbyists, practitioners, and skeptics participate in the group. Elias Crim, editor and publisher of Solidarity Hall, will moderate the weekly discussions.

If you are interested in joining the book club, please email Zac for details.

After Virtual: The Church