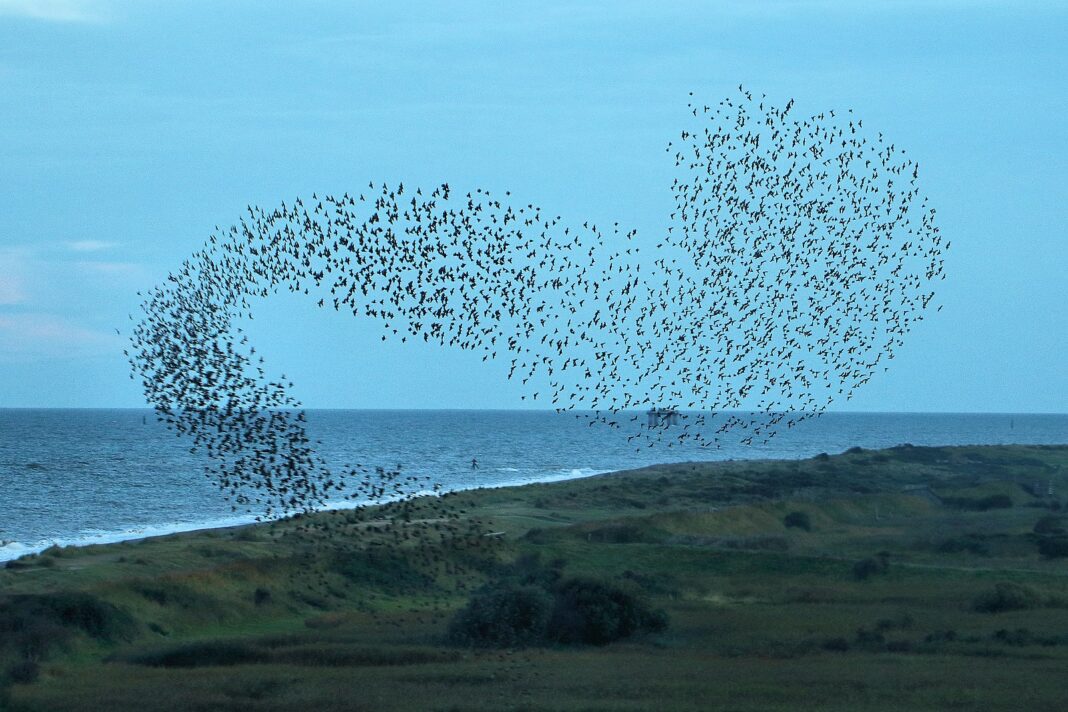 Martin, TN. How we attend to the news is often haphazard and without discernment, writes Jeffrey Bilbro in his new book Reading the Times: A Literary and Theological Inquiry into the News. While there were great expectations about the new digital media in the 1990s, many observers have lamented how our new media ecosystem has turned out to be an environment of distraction. 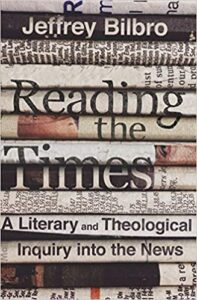 To navigate our way through a jungle of competing voices Bilbro has offered up a practical theology of the news. Plucking from the wisdom of Henry David Thoreau, Blaise Pascal, Thomas Merton, Dante, and others, the Front Porch Republic Website Editor-in-Chief claims we need to connect our habits of the heart to a firmer foundation than the evanescent media infosphere. The book has three major movements: attention, time, and community.

Modern news has its roots in the invention of telegraphy, when messages ceased moving at the speed of a horse, train, or ship. Suddenly, a news story could be relayed from New York to San Francisco in a matter of minutes, each tap-a-tee-tap rushing over the lines at the speed of light. The novelty made one’s head spin and caused Thoreau to ask, “What difference does it make for someone in Concord, Massachusetts, to know that Princess Adelaide has the whooping cough in London?” The author of Walden believed it was possible to become blinded if there was too much to see: “I believe that the mind can be permanently profaned by the habit of attending to trivial things, so that all our thoughts shall be tinged with triviality.”

The new media environment of his day brought dozens of new roads to his door—in Latin, trivia actually means “three roads diverged”—and Thoreau chose the one less traveled, the high road, expressed in his phrase, “Read Not the Times. Read the Eternities.”

If the art of paying attention was a noble exercise for Thoreau in the nineteenth century, how much more is it necessary for us who live in an incomprehensible swirl of information today?

Bilbro says we should place some distance between ourselves and current events so we can attend to what is most important. This kind of distance was articulated by Pascal in the term sancta indifferentia, which leaves the results of our actions in God’s hands.

G. K. Chesterton was an active journalist in his own right who practiced sancta indifferentia. “The cross cannot be defeated,” he said, “for it is defeat.” This sort of Christian quietism runs counter to the sirens of our own culture, which tend to underscore winning at all costs.

Bilbro reminds us that the Desert Fathers understood the formative power of self-discipline. A modern heir of their asceticism was Thomas Merton, who observed: “A world of propaganda, of endless argument, vituperation, criticism, or simply chatter, is a world without anything to live for.”

Building on this insight, Bilbro writes, “If more Christians would approach the news from this place of contemplative silence, of deeply rooted faith, the church’s witness would shine more brightly” (54).

We need liturgies of attention with the creed that slower, longer, and older are often better than faster, shorter, and newer. A proper liturgy of attention places a higher value on contemplation than on being a spectator.

Historically, Christians have held two senses of time in tension—kairos (rhythmic, cyclical, or seasonal time) and chronos (linear, sequential, or metronomic time). Modern news is based in chronos time and adheres to an historical arc, a kind of secularized, small “p” version of Providence.

The arc of time for enlightened individuals is always progressive, an extension of the historical arc and a shadow of a Christian eschatology that has shelved the Second Coming. This Whiggish spirit of progress continually legitimizes itself with every technological advancement and considers all innovation and efficiency as a moral good.

By its own definition news is “what is happening now” and therefore carries with it its own doctrine of presentism. Both the political Left and Right have bought into this Whiggish understanding of progress with varying emphases.

Bilbro observes that under such dimensions of time and morality, news can become our morning prayer: “When we scroll through our news feed each morning to see if our side of a particular issue is winning, we betray a lack of trust in [true] Providence” (42).

Keeping up with the culture wars can weary us when coupled with the trivialization found in presentism. Yet, at the same time, the idea of a historical arc, even in secular form, can prompt in some people a longing for the real historical arc of Christ. As Augustine knew, we all long for something true to sink our teeth in, which can only be fulfilled by the Divine.

Of course, the significance of Christ’s incarnation encompasses both kairos (Christ’s redemptive purpose) and chronos (his actual birth, resurrection, ascension). The Bishop from Hippo wisely noted that believers need to resist the temptation of conflating redemptive time with the advance of historical time, making us associate the Christian faith with the advancement of some particular political movement.

Reading the times theologically requires a figural imagination best seen in the works of Dante— “a mode of understanding that locates common individuals and events in the grand architecture of heaven” (91).

The figural imagination can also be found in the example of the Old Testament prophet, who had one foot in kairos and the other in chronos. Dante and the prophets show us how the “divine drama originates in kairos time,” yet “provides an extra-historical standard by which to judge the meaning of chronos events” (99).

While ancient cultures minimized the important place of commoners (the “mass”), Christ’s Incarnation validates the common and ordinary, while also recognizing the tragedy of sin due to the Fall. Reading the news according to figural realism embraces a high view of Divine Providence and at the same time an essentially comic view of the world’s follies—a Divine Comedy that encourages us to not only read the times, but more importantly, the eternities.

The old class wars that played such an important role in the birth of modern democracy have now given way to identity wars provoking moral outrage. Communities form around the media sources we attend to and, just as often, give our undivided allegiance. These communities constitute the new public sphere.

Philosopher Charles Taylor defines the public sphere as “a common space in which the members of society are deemed to meet through a variety of media . . . to discuss matters of common interest.”

The public sphere swarms. It is ever-moving and subject to the 24/7 news cycle. While fact-checking organizations and the ideal of journalistic objectivity are worthwhile endeavors, most of us seek out sources of information with which we already agree. Public sphere leaders are often the most informed, but also the most biased.

We all swarm. The algorithms connected to our media favorites only tend to reinforce our own beliefs. Even “listening to the other side” is a ritual of futility when disharmonious voices in our own bubbles are so easily dismissed. Media bubbles are often stronger than the “facts,” as recent political events have shown. This tendency to turn our heads away from outsiders is located in the very nature of the public sphere itself.

Bilbro insists electronic tribes are no substitute for flesh-and-blood communities of family, church, and neighborhood. The liturgical practices found within the home and sanctuary help to reorient our desires. In the spirit of Wendell Berry, he suggests that we get out of our car, get off of our horse, and take a walk with someone. He quotes Gracy Olmstead on the art of walking: “To walk is also to be vulnerable: it forces us into physical interaction with surrounding streets, homes, and people. This can delay us, annoy us, even put us in danger. But it connects us to community in a way that cars never can.”

Since the book addresses the prominence of news in our lives, Bilbro closes out his treatise by highlighting what he calls redemptive publishing. Two individuals serve as models of publishing: Frederick Douglass and Dorothy Day.

After Douglass learned to read and write, he turned around and educated his enslaved friends. He established learning communities and advocated the end of slavery. Later, he founded his own newspaper, The North Star, and made his publishing efforts a community enterprise. Slavery was not the only topic of concern for the publishing community. The issues of temperance, peace, capital punishment, and education were also addressed. The North Star was essentially a Christian work of love in the spirit of the Old Testament prophets.

Day founded the Catholic Worker, a paper as well as a movement, with “houses of hospitality” and farms spread out across the country. Frustrated with secular-minded communists, she fought for working blue-collar Americans who were downtrodden or unemployed. Like Douglass’ paper, the Catholic Worker was also a diverse amalgamation of muckraking articles, investigative journalism, and philosophical and theological pieces. Bilbro says Day did not aspire to become a “thought leader” with a “platform,” but committed herself to the unglamorous work of institution building.

Now More Than Ever

The recent political foment of the last four years accentuates the need for a book that addresses some of the causes behind our fragmented American populace. As Tim Keller said poignantly in a recent Atlantic article:

When our own churches are divided and bubbled up in their own media worlds, unable to agree on basic “facts” related to current events, you know its time to take a more theological approach to this thing we call the “news.” Bilbro’s rich reflection is a fine place to start; let it be read and discussed widely in the families, churches, and neighborhoods that offer us real and lasting alternatives to the silos that so often distract us.

Perspectives of History: Philip K. Dick’s The Man in the High Castle

The Scholarly Lewis: A Review of The Medieval Mind of C.S. Lewis

What in the World is the World?

Defining Race: A Review of Classified: The Untold Story of Racial Classification in America

Finding Rest in the Immanent Frame: a Review of Tish Harrison...

Last Will and Sacrament