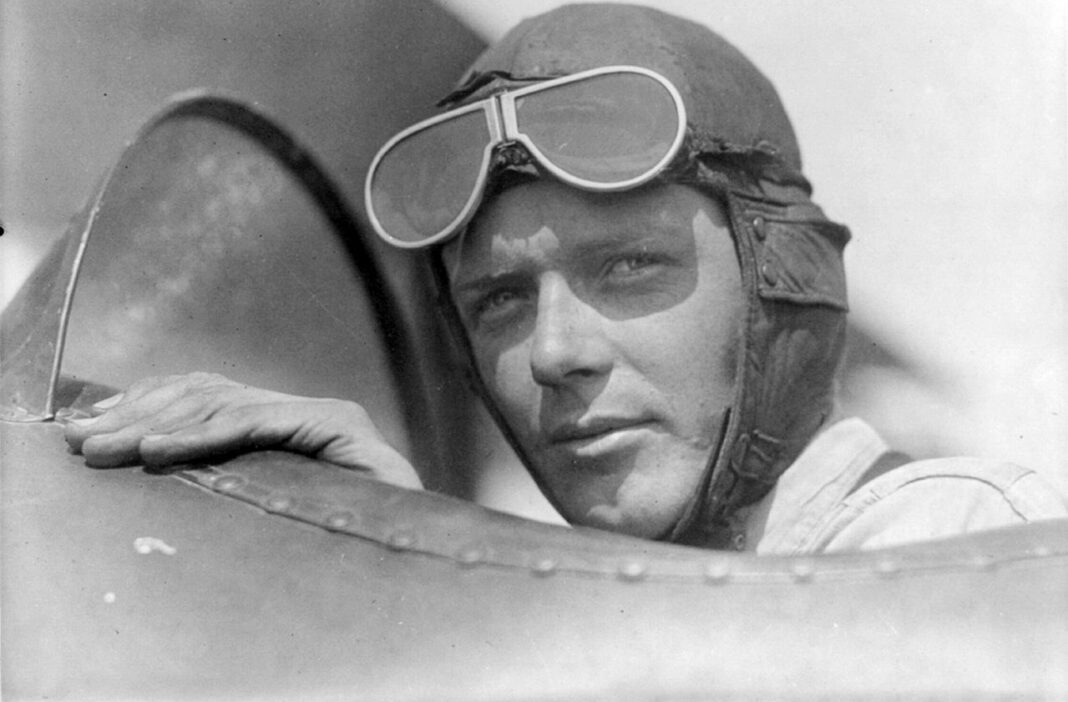 Birmingham, AL. Charles Lindbergh is an American icon. His transatlantic flight in 1927 captured the energy and expansiveness of America in the Roaring ‘20s, and no visit to the Smithsonian’s Air and Space Museum is complete without admiring the Spirit of St. Louis. Beyond that, the kidnapping of the Lindbergh baby several years later—with the nation-wide search and the eventual finding of the child’s broken body—has gone down as one of the more infamous crimes of the twentieth century. For these reasons alone, Lindbergh’s name is instantly recognizable.

Beyond those very famous facts, knowledge of Lindbergh grows sparser. Some might recognize that Lindbergh championed non-intervention in the years leading up to World War II and was an out-spoken champion of the America First Committee. Impressed—likely over-impressed—by Hitler’s Luftwaffe, Lindbergh warned against committing the United States to a war that he believed the country was unprepared to win. That, coupled with his worst statements of anti-Semitism, made him the villain in Philip Roth’s 2004 alternative-history novel The Plot against America.

But beyond that—what else? Even as a professional historian, I could say little more.

Into that gap steps Bethel University historian Christopher Gehrz with an accessible, thought-provoking biography. In just over 200 pages, Gehrz walks us through Lindbergh’s family background, early life, career, and writings, down to his death by cancer at age seventy-two in 1974.

From this biography, I was able to fill in many gaps of my knowledge. For instance, Lindbergh’s father, C.A. Lindbergh, had served five terms in the U.S. House of Representatives—Lindbergh didn’t come from obscurity, even if his career in aviation was his own creation. Or, most impressively to me, although Lindbergh had opposed Franklin Roosevelt’s military build-up, he served his country after Pearl Harbor, first as a test pilot for Ford’s military aviation division and then as a military pilot in the Pacific Theater. He flew fifty-five combat missions, which included shooting down Japanese scout planes and bombing military targets. Even after World War II, his fame and experiences gave him a platform to comment on public issues.

Gehrz strategically focuses his biography on Lindbergh’s evolving religious outlook. In doing so, Gehrz takes on a creative challenge. Many of the figures in the Eerdmans Religious Biography Series, of which this book is a part, were primarily religious figures—theologian and pastor Jonathan Edwards, evangelist Billy Graham, or hymn-writer Fanny Crosby—or those who treated religious themes extensively. Not so Lindbergh—he was never baptized into a Christian church, and although his parents attended for social convention, the liturgies and sermons made little impact on Lindbergh. He maintained that distance from religious institutions his entire life.

As a result, Gehrz has written what he dubbed a “spiritual-but-not-religious biography,” seeking to trace how Lindbergh created spiritual meaning on his own. Lindbergh’s result was a bricolage of traditions that acknowledged non-material, spiritual realities but opted for a pantheistic appreciation of transcendence through the natural world. Lindbergh was flying solo when it came to assembling his world of spiritual meaning.

Through this story, Gehrz points to two competing faiths of the twentieth and now twenty-first centuries. In describing them, he offers compelling warnings for thoughtful readers.

The first is the religion of science and technology. The technological advances made from the late nineteenth into the early twentieth century were so great, so compelling, that they seemed to offer a rational, human-centered path to utopia. Further, for many of the period, “secular developments” could serve “as evidence of religious progress” (42). In this religion, Lindbergh became a messianic figure, as he had demonstrated the possibility of long-distance flight. For his daring, Lindbergh was hailed as “the new Christ” (57), and Gehrz piles up many more examples of people on both sides of the Atlantic praising Lindbergh in just such religious language. If transatlantic flight was possible, then what couldn’t human technology achieve?

This attitude lingers today as various ideological combatants point to “The Science” (Capital-S, of course), as authoritative in any given matter. The great irony is that Lindbergh himself came to question this assurance. Through interactions with Catholic writers such as Alexis Carrel and then through the sobering experience of World War II, Lindbergh soured on the possibility of technological salvation. In his early Cold War book Of Flight and Life (1948), Lindbergh challenged a scientific establishment cut off from ethical concerns. In light of both the destructive power of atomic weapons and then of environmental degradation the world over, Lindbergh called for a more restrained use of technology.

The second religious impulse Gehrz traces is the individual quest to make spiritual meaning apart from institutions. Lindbergh never repented of this impulse, but he was a forerunner of many others who would seek transcendence apart from organized expressions of Christianity. Gehrz is perceptively critical here, observing that, “the more spiritual (if not religious) he became, the more deeply Charles Lindbergh embraced the racialized worldview of eugenics” (113). The lack of commitment to any religious institution meant there were no checks on making his spirituality justify his own opinions. Lindbergh may have grown fascinated with the figure of Jesus—even taking a small Bible with him to fight in the Pacific—but not in such a way that it curbed his own ethical lapses. So, Lindbergh supported not only eugenics and anti-Semitism, but also the further race-based stripping of voting rights from African-Americans. On a personal level, Lindbergh’s vague beliefs did not stop him from engaging in multiple affairs, fathering seven children with three separate women while remaining married to his wife Anne. The warning for me was clear: a spirituality separated from formative institutions lacks the power to challenge and correct whatever misguided natural inclinations we bring with us.

So, as with all biographies done well, this biography calls us to appreciate significant accomplishments, appreciate very human struggles, and question our own self-righteousness. Gehrz traces the life of a fascinating individual, but in the process he raises important moral questions about which story of transcendence we seek to pursue. An outstanding result from reading the book and contemplating its challenges might be a more humble, more humane aspiration for our spirits. Rather than a promethean quest for fame, we might seek a life bounded by institutions and re-situated in the rhythms and confessions of a specific faith community. That stance would recognize human limits and the conservation of our scarce resources on the earth. Lindbergh’s story can inspire us to take flight to just such a recovery.

What Does it Declare?

A Country Boy Can Thrive