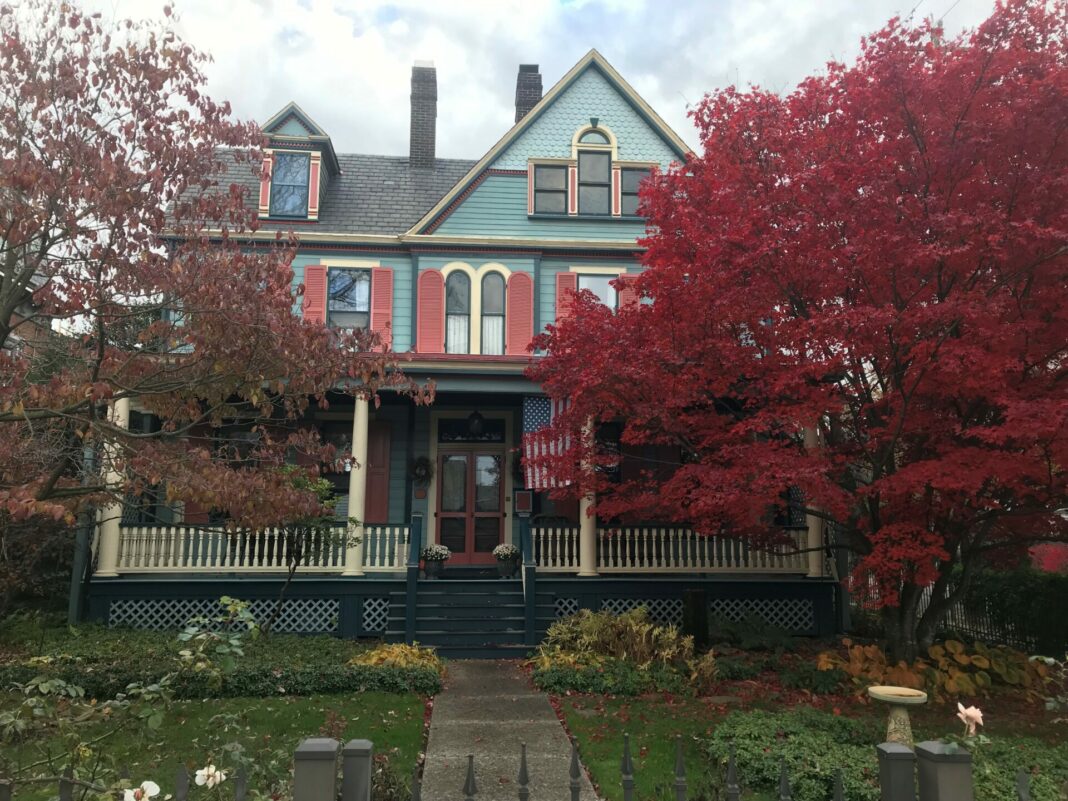 Pittsburgh, PA. Salena Zito’s recent article about Columbiana, Ohio was a refreshing example of positive regional news. Too often we hear only one grim tale after another coming out of the greater Pittsburgh region. That being said, we ought to reckon with the author’s failure to highlight the issues surrounding Columbiana’s new growth and development.

I have passed through Columbiana almost monthly for the last decade and have seen its growth firsthand. Every year it seems another field or woodlot is gobbled up by developers to build a new subdivision or shopping complex on the town’s periphery. This development could be justified with Columbiana’s population growth, but it is the lack of pedestrian access across the town which makes it most unenviable.

Columbiana, like most other small towns and suburbs in the US, has embraced a completely car-centric model for its new developments. There are no visible sidewalks or pedestrian paths connecting the old downtown to the new developments. While it would be theoretically possible for someone to walk along the side of the road to get to one of the new subdivisions or the shopping complexes, the furthest edge of town is less than two miles from the center – in practice, walking is not feasible.

A better example of a small town doing it right is Sewickley, Pennsylvania, just a few miles west of Pittsburgh. Sewickley is a town of similar age to Columbiana, but it has based its economy around maintaining the original footprint on which the town was built. The entire village is walkable and can be easily traversed on foot within ten minutes.

Sewickley is as close a town as I have seen to the ideal urban center imagined by Ralph Adams Cram. Cram, one of the top architects in the US in the first half of the 20th century, laid out his vision for a self-sufficient, human scaled settlement in his book Walled Towns. Cram left no questions about his view on cars in his ideal town: “This is the Bar Gate of the Walled Town of Beaulieu, and here all automobiles must stop, for they are not permitted within the town.”

This bold declaration would be impossible in Columbiana as it has two state highways converging within its borders. Meanwhile in Sewickley, while cars are permitted within the town, it is not unusual for one or multiple streets to be closed for use during a festival or other town events. Cram and Sewickley both see cars as a luxury for town life, not a necessity.

This view on the role of the automobile has led Sewickley to resemble Cram’s ideal town in more ways than one. Cram described a town without the horror of urban sprawl when he wrote, “The farms, which lie outside the walls . . . quite surround the town.” Looking at a satellite image of Sewickley, one can easily see the sharp boundary where the village ends and where the woods and farms begin and go on for miles uninterrupted. The same cannot be said of Columbiana. The line between town and country has already been blurred, and likely the remaining farm fields within the town’s borders will be developed within the next few years. When these are gone, developers will probably begin pushing the town to annex neighboring farms as future development sites, all the while assuring the local agrarians and ecologists that “This is my last territorial demand.”

Cram also highlighted the benefits his ideal town yielded for local workers and producers by encouraging commercial transactions which benefitted the local community over businesses based outside of the town. A walk down Sewickley’s main thoroughfare, Beaver Street, shows Cram’s ideal in action. Almost every business and restaurant along the boulevard is a locally-owned, independent establishment. This contrasts sharply with Columbiana, where all of the growing parts of the town are occupied almost exclusively by chain stores, which even if locally franchised, must send some of their profits off to distant corporate headquarters.

In truth, neither Columbiana nor Sewickley perfectly realize the role of Cram’s ideal walled town, but Sewickley comes much closer. While not perfect, it offers a real-world example of an economically vibrant, urban community not dominated by the demands of “mechanical Jacobins” and where the environment, local commerce, and community are given priority. This is not written to chastise Columbiana, but to urge Columbiana and the thousands of other towns following a similar development model to stop and reconsider the wisdom of 15 centuries that Cram highlighted in “Walled Towns.” As he put it,

The impulse and incentive towards Walled Towns, whenever it comes, will be primarily social, the revolt of man against the imperial scale . . . for the reasonable and wholesome unit of human scale, for high values in ideal and in action, for simplicity and distinction and a realization of true aristocracy.