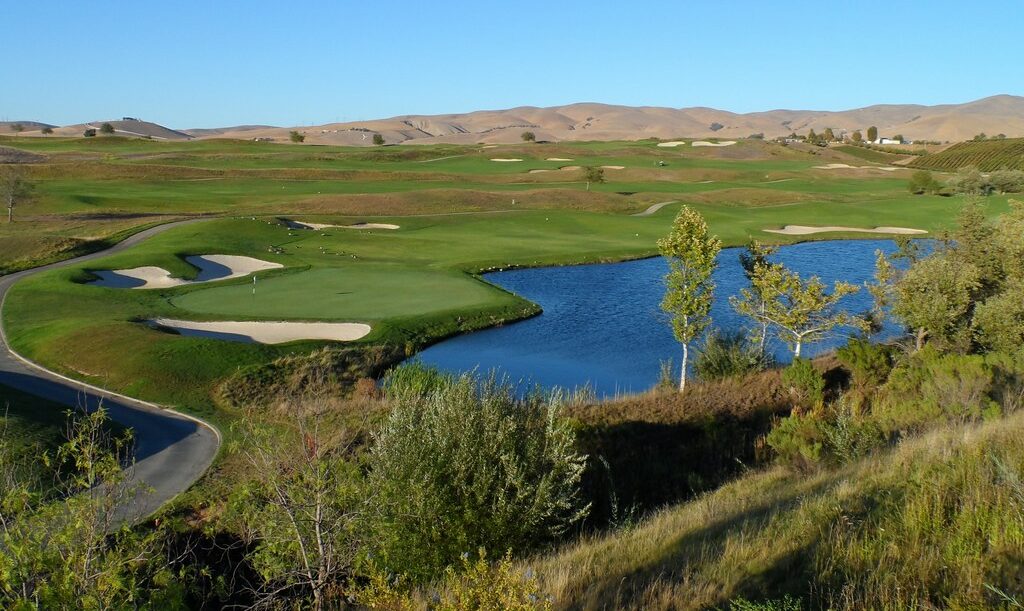 Naperville, IL. As an Iowa farmer, my father looked askance at Tiger Woods. “Zachary, there’s something wrong there…” he would say, shaking his head at the image of the impossibly pumped-up, muscle-bound golfer on our ancient Zenith TV circa the early 2000s. Dad would come in early from the fields to watch the last hour of PGA Tour events with me, two intergenerational agrarians bonding in front of—wonder of wonders—a television. A Boomer, Dad believed Jack Nicklaus set the gold standard for integrity. A Gen-Xer, I respected Jack as I would an elder, but my heart beat for Tiger. This was years before the series of scandals that would bring the world’s best golfer to his knees, before I would “grow up” to write articles and books on sports amid more literary efforts. One Tiger-less year, I even had the privilege of covering the Masters.

This spring, after joining the millions who crowded around their TVs to cheer Woods up and down the steep hills of Augusta National on his surgically reconstructed leg, I have a clearer understanding of why my love outlived both Tiger’s darkest days and Dad’s deeply intuitive disavowals. For better and for worse, Tiger Woods is my generation’s Jack Nicklaus. To traditionalists, such a statement feels like hyperbole or heresy, I know.

The heroes who grow up alongside us—who move through their hero’s journey as we move through ours—affect us powerfully. On our family’s shelf, Jack’s Golf My Way and Lesson Tee stood alongside Neil Young’s Harvest and Creedence Clearwater Revival’s Willy and the Poor Boys. Visitors to the farm would sometimes comment on the odd combination of golf manuals for “squares” and music for “hippies,” but we didn’t have time for such distinctions. Contrary to the bicoastal stereotypes of rural Midwesterners, we were equal opportunity employers and consummate early adopters. If the implement served its purpose, we used it. If the music or the sport stirred the soul, we played it—in our own way, at our own pace and place.

For Dad and I, that meant turning a small corner of the Back Forty into our own pasture course. Iron pipe welded to disc blades served as our homespun flagsticks; Aunt Patricia, a seamstress who owned her own shop, sewed our yellow nylon flags. “Tiger” Woods (my choice) and Jack “Golden Bear” Nicklaus (Dad’s) presided as our pasture course’s patron saints. And long after CCR’s greatest hits had left the charts, and many moons after Jack’s final Masters win in 1986, they remained on the shelf as emblems of our fierce loyalty to the luminaries that lit the path back when we felt, as the poet Dylan Thomas once put it, “famous among the barns.”

Golf made an intuitive kind of sense to us. We had a reel mower salvaged from Rottman’s junkyard down the road. We had pond balls purchased by the dozens from flea markets and roadside stands. We had marginal land whose pitch and roll ran through our bodies. Golf brought Dad down to earth from the heights of the tractor and lured me away from the computer and out onto the common ground of the pastureland where we practiced and played. The golf we saw on TV—so much more sanitized, corporatized, and homogenized than what we knew and yet the same game, at root—connected us with the world beyond our acres, offering us both a compelling horizon and a cautionary tale.

The truly transcendent sports figures—icons like Jack and Tiger—serve as much more than background tracks to our lives. Woods captures me completely not just because he has lived his controversial life on our screens and in our newsprint, but because he has lived it in double time, condensing an entire life cycle into a concerto as complete and baroque as Vivaldi’s Four Seasons. Young Tiger exploded onto the scene, a symphony of seemingly limitless power and potential. Early Career Tiger made real many of his family’s most unlikely dreams, shattering nearly every ceiling. Mid-Career Tiger took his talents too much for granted. Chastened, Mid-Career Tiger surely thought the 2019 Masters might be his swan song, what with a bad back, a bum knee, and a nagging Achilles that made the thing he once loved an excruciating exercise in self-recrimination and painful second-guessing.

And now comes a Tiger who feels ancient and young all at once, the one who will likely never break Jack’s record for majors as the pundits once prophesied. This is the Tiger who spent three months immobilized in a hospital bed after his out-of-control SUV tumbled into a canyon near LA, and who, fourteen months into an impossible rehab, dared to tackle what is arguably the most demanding course in America. That feat required him to ready himself not just for a new round of adulation from fair-weather fans and acolytes, but to steel himself for the inevitable reaction of the haters, the naysayers, and, maybe most of all, the voice inside himself wont to compare this hobbled, compromised Tiger to the Tiger of his youth.

Woods may be Californian by birth, and a Floridian by residence, but I believe there’s something in his latest comeback capable of stirring the soul of even the most reticent, celebrity-wary Middle American. I would never say that Tiger is us—he’s rich and famous and talented beyond my wildest imaginings and far more complex and conflicted than today’s hero-worshipping media narratives would have him be. But this late-career Tiger – the one grappling with his own limitations, the one braving the specter of very public failure, the one aging toward gratitude and grace and away from hard-driven egotism – is an icon that rings true.

The Politics of Golf Carts