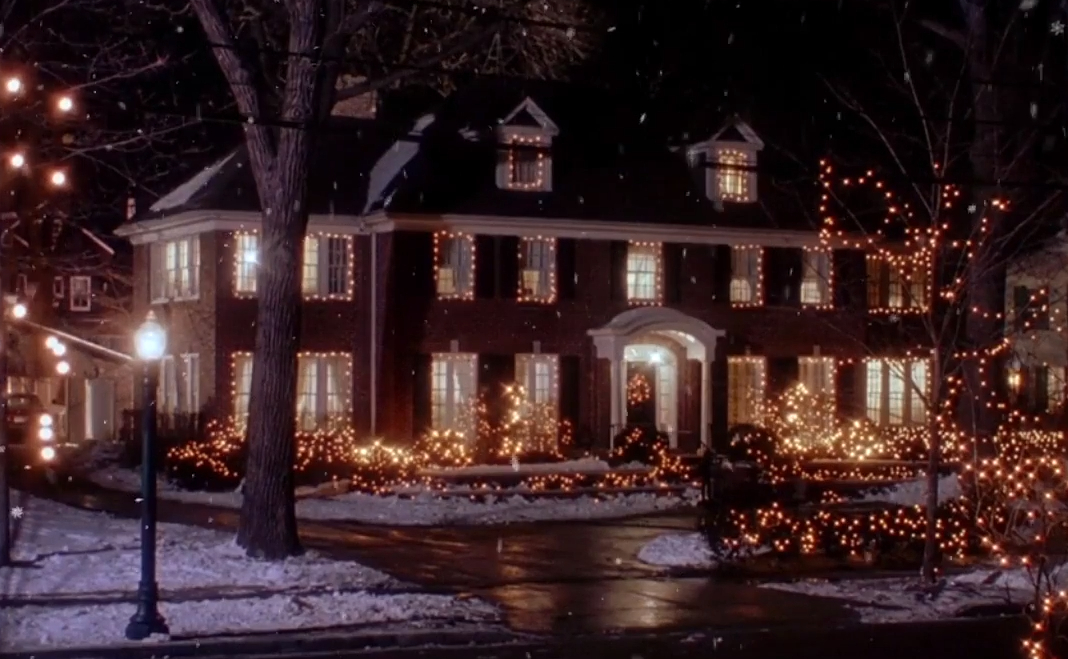 Aberdeen, SD. A local priest tells the story of a young, engaged couple coming to him for marriage preparation. The couple asked, in all sincerity, whether they were allowed to be married in the church (meaning the building, not the institution) as they were unable to afford a limousine.

Our first reaction may be to snicker at the couple. What a silly question! On further reflection, however, the story is more sad than anything. Church weddings, the couple had learned, are for the middle-class and better. A wedding is more about the spectacle than the vows and the graces. Encouraged by what Dwight Eisenhower might have called the Wedding-Industrial-Complex, weddings have become as much an exercise in conspicuous consumption as the blessing of a couple’s love and fidelity.

The same is true for Christmas. Is it really Christmas if we don’t have a tree? A big tree? A big tree with lots of lights and ornaments? And don’t forget the outside lights. Flashing ideally. Maybe an inflatable Santa and reindeer. There must be food, decorations, parties, food, concerts, Secret Santas, food, caroling, visits to family, and let us not forget the food. Especially sweets. And the presents. Oh, there must be presents. Lots of presents. Presents from parents. From siblings. From cousins. From grandparents, aunts, uncles, godparents, your sister-in-law’s cousin’s roommate. Better not forget a special something for the dog. There are about fifteen Christmas-themed movies and specials that we must get through or Christmas won’t come. “The Peanuts kids are singing ‘Hark the Herald Angels Sing.’ Cue up Bing and Danny!”

Here I must put in a disclaimer, perhaps a familial disclaimer. I am keenly aware that there are people, possibly people to whom I am closely related, who go all out for Christmas. It is possible—I have observed it—to do out of purity of heart all that I have gently mocked above. Some people just love that Christmas season, and this is what they do. I have no objection to celebrations conducted in this spirit.

Further, it is probably good at Christmas and other special days to have some traditions. Tradition, from the Latin “to hand down,” is a way of building memory and a way of setting apart a certain day or period as special. We may have our favorite Christmas album that only gets played at this time of year, or those ornaments passed down through generations. As a child I knew it was Christmas Eve because my father participated in a Midwestern tradition of having oyster stew at the Christmas Eve meal. These are good things.

Still, we all know that we can take these good things and substitute these trappings for Christmas itself. We sometimes criticize those who prefer simplicity at Christmas as “Grinches.” This last statement is ironic as the whole point of Dr. Suess’s How the Grinch Stole Christmas is that even after the Grinch steals the trees, decorations, presents, and the roast beast, Christmas still comes. Apparently, if we learn anything from the Whos down in Whoville, you can have the very merriest of Christmases without any of the accoutrements.

This is the message of much our Christmas entertainment. Charlie Brown teaches us that the best Christmas tree is the smallest, plainest Christmas tree. George Bailey, bereft of material things, is actually the richest man in town as he has friends. In Dickens’s A Christmas Carol, everyone is merrier at Christmas than the wealthy, albeit miserly, Scrooge. Bob Cratchit, nephew Fred, sailors, and miners, all experience the joy of Christmas while having relatively little.

Or think of the Christmas carol “Little Drummer Boy.” Who is this little drummer boy? And where on Earth did he get a drum? The boy goes to see the baby Jesus, “a newborn king,” as the song goes. And what do you give a king? A tribute of course. He is worried because he knows that he is in the presence of the Lord, and here he is some dirty little drummer boy and he has nothing to give. Everyone else has “their finest gifts to bring” while all he has is his drum. But the song takes an interesting turn. “Little baby. I am a poor boy too.” I am a poor boy…too. The boy thought he was coming to see a king. But the king is a poor boy, too? How can that be? And so, the drummer boy offers the one thing he has. “Shall I play for you, on my drum?” And Mary nods yes. And he plays. And he plays his best for Him.

While it seems that nearly every holiday movie or television special carries the theme that Christmas is about more than “stuff,” the rest of the culture appears not to have received the message. We are bombarded by advertising telling us that if we don’t get just the right presents to fill our large suburban homes, we are failing in our holiday duty. Think of that advertisement of a couple years ago in which the thirty-something childless suburban professional couple buys each other his and hers Toyota pickup trucks. I mean, who doesn’t have the spare $100,000 sitting around to purchase a couple brand new pickups? Just think how fast Mary and Joseph could have gotten to Egypt in one of those. With Sirius XM radio included.

Think of that young, engaged couple who thought they had to afford a limousine to get married in a church. What has gone wrong in our culture when young people worry about getting a church wedding because they don’t have enough money? They felt a kind of shame because they couldn’t live up to the wedding-industry, popular culture upper-middle class vision of what a wedding should be. What about the poorer people in our community? Do they feel slightly ashamed because they can’t afford a bunch of presents? Because their Christmas dinner is no different than any other dinner? For many, the apropos Christmas song is not “Deck the Halls” but Merle Haggard’s “If We Make it Through December.” If we look at the Christmas season as a time to put on a show, are we contributing to a cultural climate that says unless your house looks like the one in Home Alone (pre-attempted criminal entry), you aren’t really celebrating Christmas?

While it may be trite to remind people of “the reason for the season,” it is worth asking if we really believe it. What if there were no presents, decorations, or sweets? Would Jesus still come? Can we indeed have a happy Christmas without these things? Often, we in the West, who typically have material well-being beyond the imagination of most people who have ever lived, rationalize our wealth by saying, “It isn’t money that’s the root of all evil; it’s the love of money. So, it’s fine for me to have all sorts of material possessions so long as I don’t love them too much.” That, of course, is sort of true, but we probably underestimate how the simple having of things works on our souls. It is certainly true that we can have a Christmas-Industrial-Complex appearing Christmas while maintaining the love and charity that are the event’s true meaning, but I wouldn’t bet on it. There is a pretty good chance that this is a rationalization that allows us to have our new iPhone 14 Pro and Jesus, too. And a few of those Christmas tree shaped cookies with disgusting green icing on them dotted with cinnamon candies. Delicious.

You can get married, very happily married, without a limousine, unity candle, $2,000 dress, a meticulously manicured flower arrangement, and the alcohol-soaked party bus driving you to a reception featuring a roast beef dinner, a six-tiered cake, an open bar, and a killer DJ. Similarly, one can have a very merry Christmas with great simplicity. And maybe, thinking of charity toward our less fortunate neighbors, modeling simplicity has its virtues.

The classic cartoon version of How The Grinch Stole Christmas ends with a Seuss poem that is not found in the book. It goes like this: