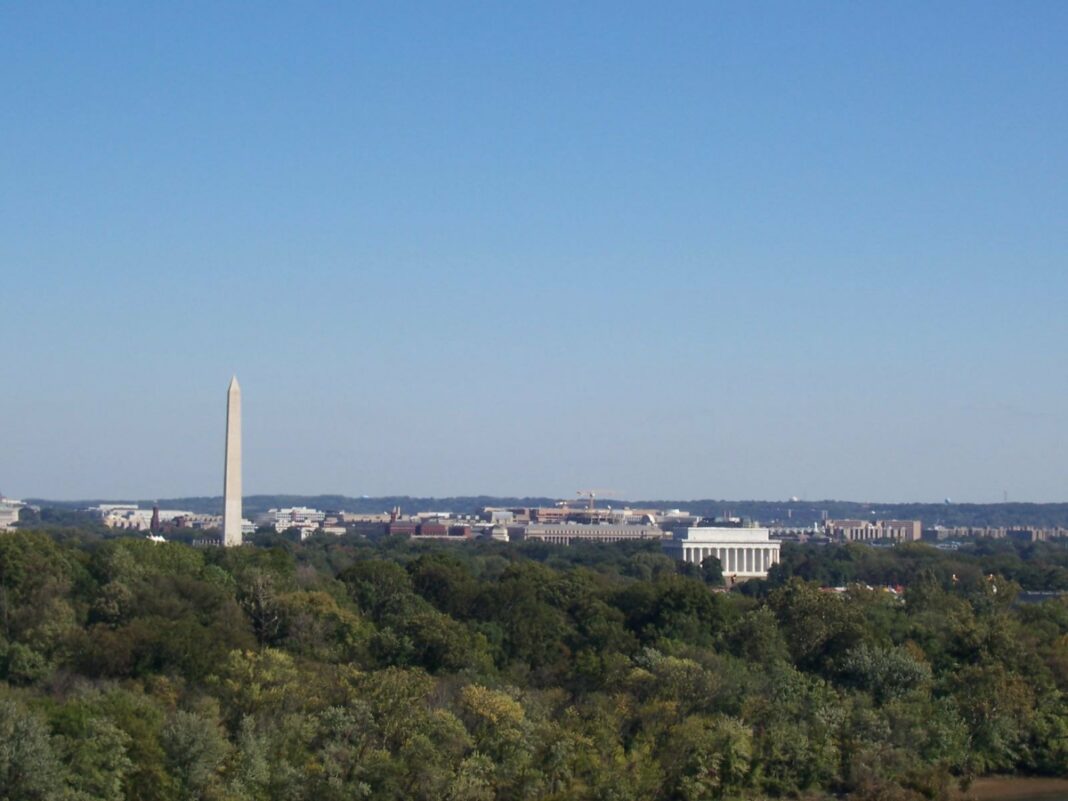 Fairfax, VA. The “holiday blues” are here, the dark accompaniment to the joyous gatherings of Thanksgiving and Christmas. The sense of loneliness amidst cultural connection and celebration is acute during this season, but the pattern persists year-round. Despite our increasing urbanization and ability to connect digitally—our unprecedented proximity to people—our sense of connection continues to dwindle. Thus, what Surgeon General Vivek called a “loneliness epidemic” back in 2017 is now being called by some the “Second Pandemic.”

Loneliness is widespread and lethal. It afflicts about 3 in 5 Americans (and 4 of 5 young adults) and is associated with a reduction in lifespan similar to smoking 15 cigarettes a day. The pandemic lockdowns only exacerbated these problems. I’ve worked at a popular local restaurant in Northern Virginia since the slow reopening process of 2021, and I’ve seen firsthand the problems of loneliness as well as the power of in-person human connection.

At its worst, Northern Virginia is a fast-paced area of transplant rat-racers, experts in the art of kissing up and kicking down. From 5:30 a.m. to 11 a.m., Starbucks has a stream of suits, scrubs, and work jeans shuffling in for mobile orders and then right back out again. To chat in line is a breach of conduct, to cut the drive-thru is to risk your life.

Indeed, fast-paced is a literal descriptor as urban walking speeds since 1990 are up ten percent, and the fastest walking cities come from the wealthiest nations. As Noreena Hertz details in The Lonely Century, average hours worked has decreased across whole populations, but among professionals and those with university educations, the opposite is true. That group is increasingly characterized by “extreme working hours,” meaning 50 hours or more per week. In the United Kingdom it is the most qualified who now work the most hours. Busyness is the badge of the elite.

While that busyness may be necessary to remain economically soluble or competitive, its social ramifications are unavoidable and worrisome. A seminal 1973 study found that the best predictor for whether seminary students helped a needy man was not whether they were preparing to preach on the parable of the Good Samaritan but whether they felt they were running late. Perhaps the priest and the Levite in the parable weren’t hardhearted or lacking good theology. They were just too busy.

I grew up in Northern Virginia, so I also see the good that comes with the crazy pace of life. Northern Virginians are smart, capable, and dynamic. The networking and lobbying we’re infamous for is a shadow side of the genuine community that schools, clubs, and churches can have. Partisanship is the shadow side of loyalty. Having now settled here with my family and in-laws, I have the disorienting experience of rooted community in a town that churns with each political cycle.

I work at a restaurant that has a reputation for customer service, and guests choose us specifically for the attention and interaction of our team. Thus, I see people of various ages who come in to the restaurant hungry for connection as much as food. They want to tell you about visiting here through the years, what the steak used to cost, and how they’re 79 but have 30 more years in them.

These social interactions with weak ties are easy to overlook, but they can improve cognitive function and dementia resistance and boost our happiness. While these little interactions are especially relevant for the elderly, who often become socially isolated as they retire and age, our remote work, contactless pick-ups, and social media obsessions make many people’s social lives increasingly resemble the isolated elderly.

Feeling unseen and unknown, like you are invisible, is a hallmark of loneliness, and that feeling can persist despite large social networks. Even in a densely populated area like mine, it’s easy to feel anonymous when your friends all live twenty minutes away, the history of the place is effaced by malls and apartment buildings, and you see on social media glamorous outings that you weren’t invited to.

A term like FOMO hints at this perceptual side of loneliness. Even if you do have friends, and even if you have normal, healthy relationships, these can seem lame or lacking in comparison to beautiful Instagram posts. Thus, a recent study finds cutting down use of social media to ten minutes a day results in increased happiness and wellbeing and decreased anxiety and loneliness not only because people spent more time pursuing in-person relationships but also because they got out of the despair of comparing their normal lives to others’ curated ones.

Seeing picturesque and enviable outings, it’s easy to feel some variant on, “Nobody knows me or cares about me. I’m a loser.” If this becomes your mantra, your loneliness becomes self-reinforcing. When you feel lonely, you want to cocoon from the world, but counterintuitively, you need to be proactively social to break out. As Emerson said, “The only way to have a friend is to be one.”

Working in a hospitality environment helped me overcome the inertia of greeting people I know in public. After 25 years in Northern Virginia, I see people I know all the time, from all different social networks, but I always felt awkward saying, “Hi! I think I know you from…” That kind of greeting lacks a certain swagger. But, since it was my job, I made a point of saying hello, and I found that both the greeter and the greeted were blessed.

Especially in such a fast-paced town, an unexpected greeting is special, a sudden, unexpected counterexample to the lie that you are invisible. Even people I didn’t know all that well appreciated it. For example, I greeted my middle school basketball teammate out to dinner with his wife (who happens to be my old lacrosse teammate’s ex-girlfriend) and my athletic director’s sister and her husband, who all go to the same church as my sister-in-law and her family.

These weren’t really old friends, but we all got a kick out of our web of connections and reminiscing about unstoppable 8th grade post moves. When an acquaintance like a youth coach or college classmate comes in, the pattern’s always the same. I’m nervous approaching the table to say hello and explain our connection, but after we make the connection, we end up smiling and laughing, and I walk away feeling warm, joyful, and energized. This “helper’s high” of oxytocin, the “bonding” hormone, is generated in those positive interactions, and it flows both ways. We are both affirming, “I remember you. You matter.”

Our brains have instincts that kick in when we feel lonely and thus vulnerable. Our body enters a stress state to deal with potential threats, but chronic loneliness keeps our body from returning to baseline. In this heightened state, our inflammation increases, cortisol, “the stress hormone,” drips steadily into our system, and our immune function deteriorates. Broad, meaningful social engagement allows us to exit this stress state in a healthy way.

I experienced firsthand how loneliness lurks, ready to pounce when our social lives are disrupted, in the months following March 2020. I went from a rowing team trip directly to my parents’ house to finish classes, graduate online, and start a remote job. Then, I moved to a new town, where I spent most of the year in a closet that was my “home office.” Going from the community of a college sports team to a paucity of connections was jarring, and I, without recognizing it, slipped into depression.

As things reopened, I moved back to Northern Virginia and started working as a server, and I found the depression receded. A staff of 30 young people to joke with and an endless stream of guests for chit-chat made loneliness feel distant and non-threatening. Still, that memory helps prompt me to greet people whenever I see them. I’ve been shocked at how, even in this go-go area, people welcome rather than resent an acquaintance saying hello.

In Northern Virginia, “What do you do?” is the first and most important question you answer. Working as a server and living near family and friends with my wife and daughter are relationally rich and satisfying parts of my life, but they don’t earn points at a cocktail party like working at Deloitte does. I have to remind myself of Arthur Brooks’ research that the happiness in work comes not from power, prestige, or money but with “earning your success and serving other people.”

I’ve returned to Northern Virginia after some years away, but I’ve come for quaint reasons. I moved here for family, not a job. I chose my job for quality of life, not prestige. My marriage has determined my career, not vice versa. My life doesn’t look great on the Northern Virginia statsheet, but I find it instructive seeing which of my parents’ friends age with grace and peace.

Many of them had careers I envy, but that doesn’t predict their happiness or sense of community. Instead, in this outgrowth of the toxic D.C. swamp, the simple things count most of all: family, faith, friendships, meaningful work. The happiest boomers I know love nothing more than talking with their old friends about their new grandchildren.

So, my holiday recipe for fighting loneliness is lots of face-to-face talking–with strangers, family, and everyone between. It may not sound like much, but my advice for greeting an acquaintance is the same as my advice for eating our Christmas lefse: “You have to try it.”