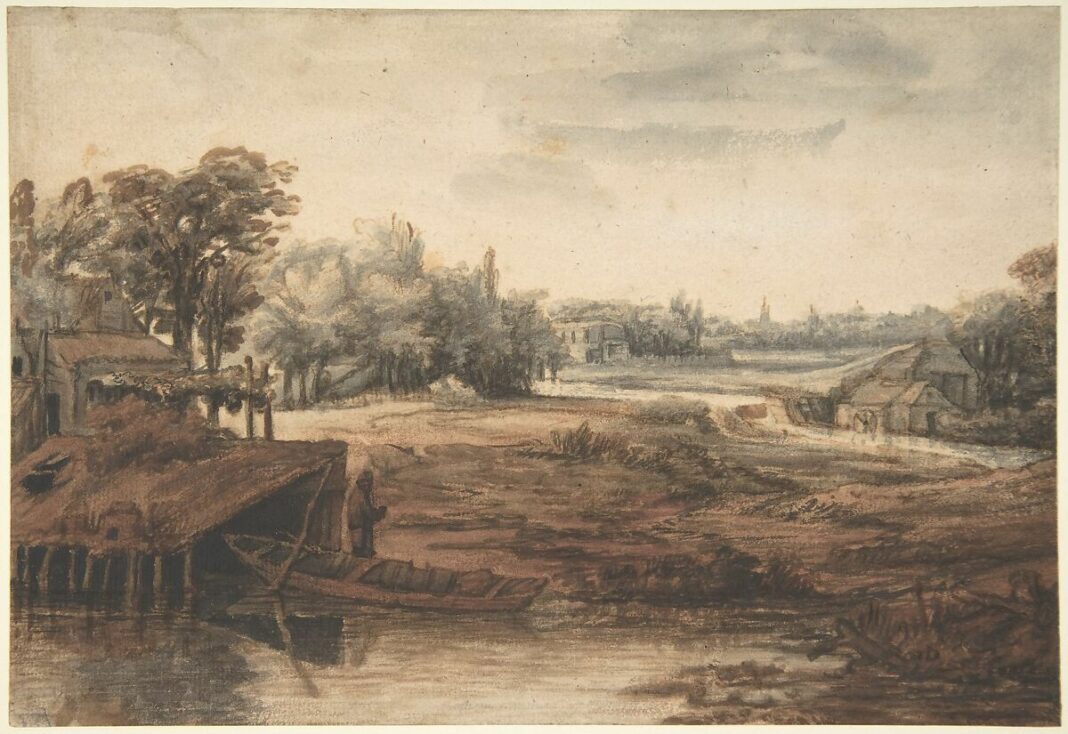 Milwaukee, WI. Georges Bernanos’ The Diary of a Country Priest follows the sufferings of a sickly curé until they climax in a humiliating death. The book is in essence an extended meditation on Paul’s Second Letter to the Corinthians: “We always carry around with us the dying of Jesus so that the rising of Jesus might be made manifest in our mortal flesh . . . So then death is at work at us but life and you.” Only the Christian’s union with “the likeness of His death,” and therefore also “the likeness of His resurrection,” makes the priest’s last words before collapse convincing: “Grace is everywhere,” he dares to proclaim in the strangest kind of happy ending. Here is no “leisure reading”—no fictional diversion, for, as Bernanos expounded to his friend Frédéric Lefèvre, great art is born of “the problem of Life,” which “is the problem of Suffering.” Great art “has a goal that lies beyond itself. Its constant striving for expression is the faint image, or perhaps the symbol, of its unending search for Being.” Among the many paradoxes of pain that erupt from Diary is an unflinching inquiry into a Gospel mystery too often tamed when touched from actual pulpits: the poor you have always with you.

The country priest’s intimidating mentor, the Curé de Torcy, appears on the page with all the soul-searing force of a firebrand. His keynote summons us to an uncompromising pitch: “The truth is meant to save you first, and the comfort comes afterwards,” he announces to the shy country curé. As the Word of God is “a red-hot iron,” men are inclined to pick it up with a pair of tongs, to hold it at a distance. Too many preachers end up “purring like a tabby cat” instead of “feeling the pain of it”—the wound of the Word that leaves us stripped of pretense, pulling groans for redemption from the bowels of our souls.

Having set the tone, the Curé de Torcy shoves a chair up against the nameless protagonist, takes the young man’s hands and, “without ever turning his eyes from my face,” he peers into his protégé, eyes full of tears but so magnificent that they “would make death simple, an easy matter.” His polite topic for casual conversation?: The poor you have always with you.

In the Gospel scene where this Word emerges, Judas has just scolded Mary for committing an act of uneconomical extravagance. The costly nard she poured over the feet of God could have “sold for three hundred denarii and the proceeds given to poor people,” he protests. Jesus, knowing that Judas “didn’t always keep his books very accurately,” tells the man with the purse to “Leave her alone, so that she may keep it for the day of My burial. For you always have the poor with you, but you do not always have Me” (John 12). That Christ’s price point was thirty pieces of silver proves that Judas would hardly have made a first rate broker, de Torcy says wryly. Still, “like any millionaire,” Judas was interested in “the pauper problem,” and he would “probably have endowed sanatoriums, hospitals, public libraries, or laboratories.” But Jesus reveals that he has “got hold of the wrong end of the stick,” for He loves poverty “with a deep, reasoned, lucid love—as equal loves equal.”

Christ’s bond with poverty is an unsolvable mystery, but both rich and the poor—or their agitating advocates—try to clothe God’s Word in a more respectable garb, one that will hide the awful nakedness of the Homeless Itinerant. The poor you have always with you. Hearing these sweet and soothing sounds as proof that any attempt to achieve justice on earth is a doomed overreach, a progressive-utopian project of “immanentizing the eschaton,” the rich “pretend to believe it justifies their selfishness.” Twisting the Lord’s language into a giddy celebration that God “gave capitalism a tiny niche in His scheme of things,” the rich squeeze a pleasing conclusion from a prophetic challenge, blissfully unaware that “the poor you will always have with you, just because there will always be rich, that is to say there will always be hard and grasping men out for power more than possession.” Like inverted doppelgangers of the uncomprehending rich, others interpret the impoverished to be privileged channels of divine grace who are immune—like noble savages—to concupiscence. The Curé de Torcy punctures the shadow puppet of The Poor that such a romantic theology pushes: “The scallywag vomiting up his drink in the gutter is perhaps drunk with the very same dreams as Caesar asleep under the purple canopy.”

If Jesus had so much as hinted that poverty is an enemy that could be driven out of the world like the Gerasene swine (Mark 5:1-10), this would have been a “death sentence for the weak,” whose foreheads He has forever marked, so that “now you can only confront them with cringing fury.” Those who see poverty as an absolute enemy are susceptible to what Simone Weil calls “The constant illusion of Revolution,” which “consists in believing that the victims of force, being innocent of the outrages that are committed, will use force justly if it is put into their hands.”

Later, listening to the lower frequencies reverberating from de Torcy’s sermon, the country priest strikes against the “insoluble problem: to give back his rights to the Poor Man without investing him with power.” Here he channels Weil’s sober insistence that “except for souls which are fairly near to saintliness,” victims of injustice are as defiled by it as are their tormentors. “The evil which is in the handle of the sword is transmitted to its point. So the victims thus put in power and intoxicated by the change do as much harm or more, and soon sink back again to where they were before.”

The Curé de Torcy brooks no compromise: for both rich and poor, “poverty is the image of your own fundamental illusion”; it is “the emptiness in your hearts and in your hands.” For this reason, in another of the novel’s sermonic sections, Doctor Delbende—a sincere man who eventually commits suicide—rages against the status quo of so-called “Christian civilization”: “After twenty centuries of Christianity—blast it all!—it should no longer be a shameful thing to be poor. Or, if it is, it’s because you’ve betrayed him, your Christ.” In his fury, he offers the priest a simple solution: force the rich to sit in the back of the church, and privilege the poor with the front-most pews: “everywhere else they come first; but . . . here, in the Lord’s house, they should come last.” The country priest is sympathetic to the Doctor’s accusations, but, circumspect, he stands within the circumference of Christ’s scandalous mystery: “How could [the Church] hand over to the poor man, God’s legitimate heir, a kingdom that is not of this world?”

As Hans Urs von Balthasar clarifies, Bernanos is careful to distinguish poverty from misery; the latter is a kind of degrading submission to injustice that leaves the soul in a hellish resignation. Peter Maurin and Dorothy Day made a similar distinction: all Christians ought to court “holy poverty,” even as they ought to eliminate that destitution which deforms the Image of God as if beyond recognition: Bernanos portrays the brutal sorrows of the destitute in his short novel Mouchette. Cut off from Christ, affliction becomes arbitrary. “I feel,” prays the priest, “that such distress, distress that has forgotten even its name, that has ceased to reason or to hope, that lays its tortured head at random, will awaken one day on the shoulder of Jesus Christ.”

Accompanying the poor or inhabiting their number, the honest among us recognize our own fundamental impoverishment. Bernanos, a father and husband who long depended on others for sustenance, inhabited the paradox of Christianity: “O marvel, that we should be able to make a gift of what we do not ourselves possess. O sweet miracle of our empty hands!” Balthasar assembles an abundance of instances where Bernanos worked out this blessed emptiness, as when he confided to his friend Amoroso Lima: “Since I am coming to you with empty hands, it may well be that he will put there what you desire to find in them. It may also well be that I will find in yours what I am not looking for in them and what you have not put there,” for—as he said in The Great Cemeteries Under the Moon­—“Whoever cannot give more than he receives begins to decompose.”

Please do not misunderstand me. The mystery of Christian poverty is never a portal to quietist passivity. Bernanos unveiled so many purported conservatives as “miserable and dry souls, bent on preserving what was least worth it, their privilege.” Underneath their anxious proprieties, he detected a single source for their “sticking to security”: “the un-Christian opposition to social justice.” But he frowned upon those campaigning to eliminate “the poor as a species.” All who seek such a categorical cleansing must reckon with the question of the Curé de Torcy: “Which of us would dare speak in this way of the poverty of Jesus Christ?”

The “One Salvation” of Ludwig von Mises