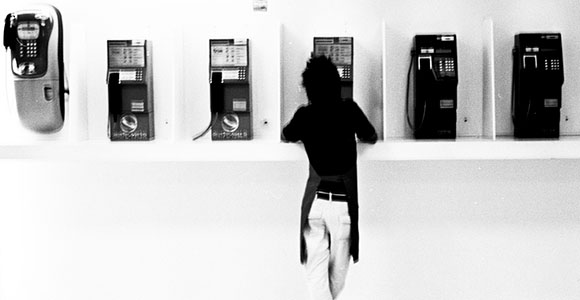 Via Derbyshire, this Terry Teachout column makes an important observation that relates back to Derbyshire’s criticism of the influence of talk radio and my post on community:

The information age offers something for anybody: Survivor for simpletons, The Sopranos for sophisticates. The problem is that it offers nothing for everybody. By maximizing and facilitating cultural choice, information-age capitalism fused with identity politics to bring about the disintegration of the common middlebrow culture of my youth.

Technology has provided a greater diversity of media and allows for communicating vast amounts of information, which necessarily disperses and scatters attention in myriad directions, and the elevation of choice as one of our chief cultural goods (endorsed by almost everyone regardless of conventional political affiliations) has helped make sure that eclecticism and eccentricity tend to prevail.  Online fora, including blogs, are obviously also a product of this.  One of the things that we constantly hear in praise of talk radio hosts is that they are effective communicators.  This is ironic, given the almost reflexive disdain for community, both as a word and as a reality, that so many of these hosts seem to have.  Little remarked on from Limbaugh’s speech was his passing shot at the idea of community: “Remember the root word there is “commune”.”  Taken together with his glorification of individualism, his hostility toward possessing and being defined by something held in common seems clear.

Since the word communication refers to providing listeners with a share in the discussion, it implies at least a common language, which suggests that there is also a common culture whose values are being conveyed through that language.  These would be common cultural values formed in communities.  Yet at every turn, we see radio hosts make an idol out of choice and stress, as Limbaugh repeated, that “we are all individuals.”  More harmful than the quality of discussion in these broadcasts, talk radio shows in practice nurture the very forces of cultural dispersion and disintegration that make a broad common culture that much harder to cultivate and sustain.

It is not merely that these programs distract from creating middlebrow conservatism, as Derbyshire argued, but that they feed into the forces that eat away at whatever remains of a common culture while also creating their own sub-cultural ghetto to which conservatives seem only too inclined to retreat.  Following Lukacs’ observation about real, personal communication that I mention in the other post, it seems to me that the more conservatives define themselves in relation to these radio communications from fervent individualists the less likely they are going to be to engage in the kind of hard cultural work of building up their own communities and laying the foundations of the common culture they wish to pass on to their children.