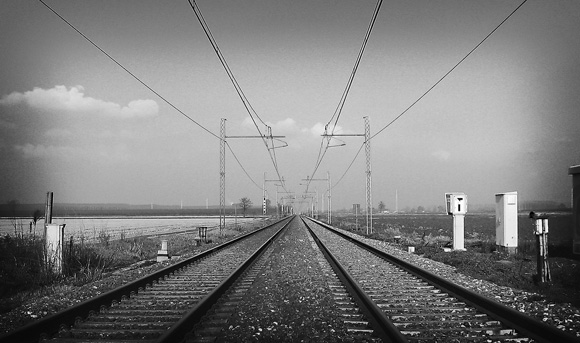 E.D. Kain had a fine quote from Wendell Berry that provides a good definition of community to start any discussion of place and limits:

This last part of the last sentence strikes as very important, because it seems to me that this not what many of us are conditioned to call to mind when we hear the word freedom.  This is a freedom among neighbors, and not a freedom over and against other individuals or apart from social relationships.  Something that has long perplexed me is how Americans have persuaded themselves that an important part of their freedom is to be measured by the degree of non-interference of their neighbors in their lives and the distance–psychological and social–they have achieved from other people.  Measured by the latter, life here in Hyde Park is very free.  However, knowledge of one another has seemed from my perspective extremely limited as people are constantly arriving and departing with the academic seasons, and so life is rather restricted.  Related to this measure of freedom is the desire for mobility and the hoped-for ‘escape’ from one’s own neighbors, perhaps the perfect expression of which is the automobile, which permits constant proximity to others who exist mainly as obstacles and causes of frustration rather than, as the shared road might suggest, as companions on a journey to a common destination.  It is remarkable how much modern Americans travel in and around the cities where they live, and how few pilgrimages we make.  This is a function of not understanding what freedom is, which is a freedom among and not a freedom apart from.

Another definition of a community might be people who return to and remain in a common place for shared festivals.  While I reside in Hyde Park, the real community to which I belong is my parish, which sits over forty miles away in the west suburbs.  Entering into the season of Orthodox Lent as we do today, my thoughts turn to the theme of exile.  In the Polyeleos sung during the Triodion and Lent, a passage from Psalm 136 (LXX) follows verses that evoke the memory of the Exile in Babylon:

By the waters of Babylon we sat down and wept, when we remembered Zion. Alleluia.

We hanged our harps upon the willows in the midst thereof. Alleluia.

How shall we sing the Lord’s song in a strange land? Alleluia.

If I do not remember thee, let my tongue cleave to the roof of my mouth;
if I prefer not Jerusalem as my chief joy. Alleluia.

Remember, O Lord, the children of Edom in the day of Jerusalem;
who said, Down with it, down with it, even to the foundation thereof. Alleluia.

O wretched daughter of Babylon, happy shall he be that shall reward thee as thou hast served us. Alleluia.

Happy shall he be, that shall take and dash thy little ones against the rock. Alleluia.

In the end, we are all exiles here below held captive by our fallen state and desires, and we are remembering that state of exile during this Lenten season and calling to mind our true home in the Heavenly City.  Yet in our earthly existence we have accomplished another very strange thing, which is to exile ourselves voluntarily from the places we have called home and to condition ourselves to think of this cycle of repeated exiling as normal and even desirable.  Not only do I suspect that most Americans would find this hymn strange, but for a great many of us there is no longer a Jerusalem for us to forget, for it has already been forgotten if it was ever there at all.  In this, we have not renounced our own wills, as monastics do, but have increasingly cut ourselves off from others for our own sakes in almost inverse proportion to our ability to communicate with them.  As John Lukacs wrote in At the End of an Age:

The fantastic development of communications at the end of the Modern Age makes it possible for almost everyone to see or speak to people across the world in an instant–at the same time that real communications, meaning the talking and listening of people to each other, including parents and children, husbands and wives, even lovers, has become rarer and rarer–in sum: when personal communications are breaking down.

The farther we are able to reach, the more removed we seem to be from where we are, because as we lose the definition and limits given to us by a place the less we can know others, and so the less free we become in a world that offers us the illusion of no limits made possible through technology.