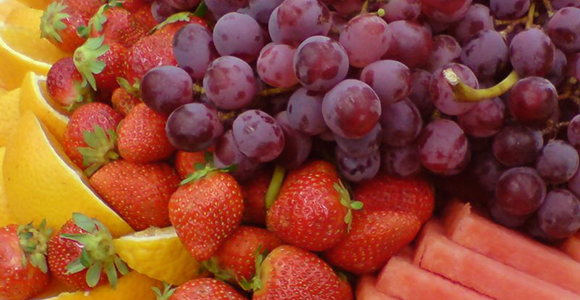 RINGOES, NJ. Isn’t it interesting how quickly speculation becomes conventional wisdom? Back in the fall, when we began to hear rumblings of economic catastrophe, things were a bit vague. Most agreed that something was wrong. Some argued that the problems would self-correct. Others insisted that massive government intrusion was necessary to stave off a world-wide disaster. While there were dissenters among us, the chorus of “experts” grew to a mighty din, and those in power did not hesitate to get involved. After all, they were the servants of the people, and the people must be saved. Now that we are in the process of being saved, I’d like to ask a few questions.

First, shouldn’t we be at least a little suspicious when the very people who helped create the economic meltdown are the ones clamoring for a massive government fix? If they are smart enough to know how to fix the mess, why were they not smart enough to see it coming and act more prudently? Try this for fun. Read a variety of economic “experts.” Does the fact that they disagree on both the causes and the solutions to our problems give you pause? Could it be that they are—God forbid—as clueless as the rest of us? Now, let’s throw our grandchildren’s money at the problem. After all, we have to do something.

Second, here’s a well known principle of power: times of crisis result in the consolidation, expansion, and centralization of power. When those with power employ the rhetoric of crisis, watch for ulterior motives. And even if the motives are pure, the movement of power will be toward the center. Should we be concerned? When the crisis is over, do we expect that the power will be yielded easily? The easy movement of power is a one-way street. Reversing the direction is far more difficult. Consider the long-term implications of this dynamic.

Third, is there really a crisis? Talking heads tell us so, but they simply revel in crisis-talk. It drives up ratings. Politicians tend to favor this rhetoric as well. Have you noticed how often political agendas are framed in terms of war? We have fought hot wars against fascism and cold wars against communism. We’ve also declared wars on poverty, drugs, illiteracy, climate change and terror. In other words, if you want to pass an agenda, you must create a sense of urgency, and one of the most effective ways of doing this is to speak in the language of war. The irony is that now the only undeclared wars are the ones fought by soldiers.

Fourth, would a crisis be the worst thing to happen? Please know I am not dismissing the suffering, the worry, the agony that unemployment and hardship would cause. Times could get very tough. But, in the back of my mind, I find myself asking whether difficult times somehow could bring out the best in us. Of course, this is not necessarily true, but there is opportunity. Could a difficult time help to reshape a culture that has become isolated in its individualism and distracted by the short-term pleasures of consumerism? If the choice is between fragmented communities, the frantic pursuit of wealth, and the indolence of easy consumption or a time of economic hardship that hones our character, strengthens community ties, and perhaps even sharpens our souls, is the latter to be avoided because it is difficult? Might our grandchildren admire us for the way we weathered the storm?

Finally, if an economic collapse is a distinct possibility, what will people do? A couple months ago, my wife and I went to New York City. As we strolled around the streets of Manhattan, we talked about living in a city (which we don’t) and the opportunities that are clearly available. But then the question: if serious economic troubles hit, what would all these people do? What would they eat? How could they survive? And here we see a significant difference between the Great Depression and the Great Depression II (if it occurs). Today, less than 1% of Americans live on farms. This single demographic shift makes all the difference. And it is not only the lack of land that is the issue. The skills necessary to cultivate a garden or to care for livestock have largely been forgotten. Or to put matters in a somewhat different light, who is better prepared: a) the urban-dweller who works for a wage and rents a flat on the 15th floor of a high-rise, or b) the person who owns a bit of land and has developed the skills to grow a significant portion of his own food? Jefferson’s yeoman farmer whispers from a forgotten time. Can you hear him?

Perhaps this crisis is overblown. Perhaps it is simply being used as cover for the consolidation of power. That much is obviously true. But if the sky really is falling, we need to be wise. We should not blindly trust the fixers to fix the problem. After all, they created the problems in the first place. They very well could make matters worse. What to do? In my worst moments, I’m tempted to move to a mountain with a stockpile of beans and bullets and ride it out. But with sober reflection, I think there are some simple steps that virtually anyone can take. The most pressing and obvious is to figure out ways to become more dependent on local food sources. Ideally, this means growing some of your own food. This will, obviously, involve plenty of hard work, a steep learning curve, and time. Even in cities, space can be found for cultivating gardens and small animal husbandry; although, we’re going to have to get over our aversion to manual labor, to dirt and blood, to dung and death.

Consider what could be produced if suburban families got rid of part (or all) of the chemically-induced swath of green around their homes and planted fruit trees and a garden. Q: “What? Plow up my front yard and plant potatoes?” A: “Potatoes are better for your kids than Chem-Lawn. And while you’re at it, how about some chickens in the back?” But (the obvious objection) what about the home-owner’s association? Here we can catch a glimpse of how our present culture runs counter to good sense. As long as serious efforts at food production are separated from the places we live, we are not taking the present crisis seriously. And if hard times do in fact arrive, our lack of preparation, our lack of any modicum of independence, will make our transformation into wards of the all-caring state a natural and necessary outcome. Could it be that a local food economy is a bulwark of freedom?