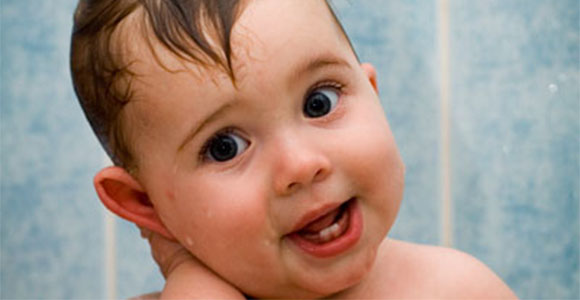 Claremont, CA. Here in southern California, local woman Nadya Suleman has been holding her own on the front pages, alongside arguably more pressing stories about the flailing economy.

It’s easy to dismiss the fascination with “Octo-Mom,” as the press has dubbed her, as the latest tabloid gossip. But gossip is often less frivolous than it seems. As some researchers have argued recently, gossip may in fact be a form of moral conversation, an exploration of “the moralities of everyday life.” With that in mind I would say: You can’t understand the public interest in – and fury at- this mother of eight new humans without reference to that flailing economy, particularly as we come to terms with the behavior that provoked the current crisis in home foreclosures.

Think about the general criticisms levied at Suleman, the questions hurled in her direction. How could she try to live so far beyond her means? What kind of person would have helped her to do something so irresponsible? Did she imagine that she, an ordinary person, was going to be able to live like a celebrity? Who does she expect to take care of her now? Where will the children live? And what on earth was she thinking?

When I hear those questions, raised on “Oprah” episodes and in New York Times articles in equal measure, I wonder why we’re berating Suleman so much. You could ask the same questions of the thousands of Americans who have treated their homes like cash machines, who signed onto mortgages they could never hope to repay, whose inflated expectations – at best naïve – seem in retrospect nothing short of self-destructive.

What is Nadya Suleman’s doctor compared to the legions of subprime mortgage lenders who enabled and even encouraged unsustainable excess on a national level? Compared to the bankers who packaged and resold those mortgages, lending their credibility to the whole dicey enterprise?

We have all tried to live beyond reasonable limits. In this first twenty-first century decade, immoderation has been a national pastime.

The questions that we have directed at Suleman, with so much sanctimony, are the questions we should be asking each other – and maybe even ourselves.

My mother, the psychoanalyst, reminds me that projection is a common defense mechanism. It is easy, and maybe even comforting, to censure other people for faults that are equally – if not more – your own. In doing so, you locate the messiness and the failure outside yourself.

This kind of psychological process works not only on the individual level, but also on the level of the community or nation.  Americans have often, in conditions of pervasive fear and uncertainty, taken this path. But what is a normal psychological process, at the political level, expresses itself in paranoid and damaging tones.  We project our fears about ourselves onto the most vulnerable – foreigners, immigrants, minorities, single mothers – rather than acknowledging the hard facts that we must face about ourselves. And the upshot is not just that we avoid wrestling with the hard questions.  It’s also that we further marginalize the most marginalized among us.

We have latched on to Suleman, I think, because it is easier and more comforting to criticize her for a feat of careless hubris than it is to deal directly with our own feats of the same.  She’s a single mother, a young single mother, without either money or a robust social network to cushion her. Admittedly, she has made a decision that boggles the mind.  But singling her out as the nutty protagonist of some moral drama allows us to ignore the real players in the grander tragedy now unfolding.

There are so many people calling this woman “mad.” You see the pictures of Suleman pregnant, inflated to a grotesque degree, and it looks like an untenable bubble.  But bubbles pop. Babies are born, and boards are nailed over the windows. We wonder how the children will live now.  We wonder how we will live now.

It seems that, in Suleman’s case, help is coming in the form of donations from nonprofit agencies and sympathetic individuals.  She has been able to purchase a new, larger house. But as Suleman’s story fades, as it inevitably will, we are left with our own muddle.  There are more people – and children – on the street each day. There are entire communities and cities in free fall. What will we do for them?