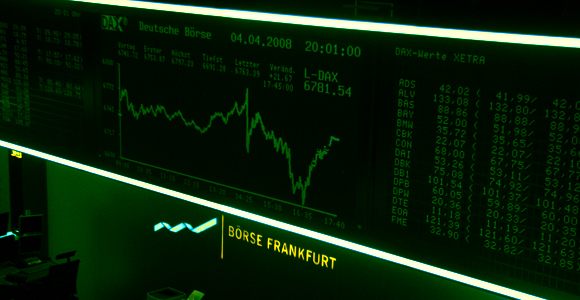 RINGOES, NJ. The numbers keep rolling in. The Dow is below 7000. Unemployment is above 8%. In the fourth quarter of 2008, the economy contracted at a rate of 3.8%. This was less than some economists predicted, but such “negative growth” indicates that the economy is sputtering and people are not spending as much. Or it might be better to say that the economy is sputtering because people are not spending as much. In order to address this economic downturn, a downturn that has spread across the globe, the Congress passed a “stimulus package.” The goal, of course, is to stimulate growth. In fact, steady growth is the benchmark by which our economy is deemed healthy. While it is heretical to do so, I think it is time to ask whether or not the idea of perpetual economic growth is, in fact, a realistic indicator of economic health.

Economic growth requires increased production. The economy cannot grow unless production grows. But production cannot increase unless consumption increases. Someone must purchase the goods that are produced. If this does not occur, economic growth is impossible. In the fourth quarter of 2008, Americans, feeling the economic squeeze, chose to hold on to their money. They purchased less goods, and the economy contracted. This restraint, if economic growth is the benchmark for economic health, was bad.

Consumption, then, must increase if the economy is to grow, and a healthy economy is a growing economy. Thus, a healthy economy requires a steady increase in consumption. One way to facilitate this expansion is to tap into foreign markets and thereby find new consumers of the goods we produce. This, of course, is ultimately limited by the size of the world and the capacities of foreign markets to absorb our products. Furthermore, expanding into foreign markets is made difficult when the economic downturn is global in scale. Everyone’s wallet is tighter.

A second way to expand consumption is to increase per capita consumption at home. The economy needs Americans to buy more products. When stated in this way, it becomes the patriotic duty of every American to consume. But if growth is to be perpetual, our consumption must not only continue but steadily increase. Forever. The long term prospects of such a program are dubious when we consider the finite natural resources at our disposal. When we factor in the contracting birthrates throughout the developed world, the idea of perpetual growth seems obviously ill-fated.

Now I realize that economic growth is not reducible to Happy Meal Toys and cheap toasters. Production includes non-tangible goods that are not the direct object of appetite. But, nevertheless, consider how this ideal of perpetual growth, in large part fueled by perpetually increasing consumption, stands in relation to traditional virtues like self-control and thrift. Imagine what would happen to our economy if Americans decided to practice self-control and thereby resist buying things they don’t need. Imagine what would happen if Americans resurrected the notion of thrift, a way of life practiced by our parents and grandparents who lived through the Great Depression. What if Americans once again began to practice, on a significant scale, the neighborly arts of barter and borrowing? The economy would contract dramatically. It seems clear that an economy based on perpetually increasing consumption is an economy whose health depends on the active denial of certain virtues.

John Maynard Keynes, that giant of 20th century economics, has made a comeback of late. He, of course, advocated the idea of deficit spending to stimulate economic growth. Keynes is the acknowledged authority whose economic theories are being used to justify current attempts to jump start the economy. As we buckle in for another Keynesian-inspired spending spree, it might be instructive to notice that he also had something to say about the relationship between economic growth and virtue. In a 1930 essay titled “Economic Possibilities for our Grandchildren,” Keynes imagined a future day when the economic problem of scarcity would be solved and humans could pursue more important things than their daily bread. But such a glorious future would require economic growth, and in order to achieve that, we must, for a time, set virtue aside. “For at least another hundred years we must pretend to ourselves and to every one that fair is foul and foul is fair; for foul is useful and fair is not. Avarice and usury and precaution must be our gods for a little longer still. For only they can lead us out of the tunnel of economic necessity into daylight.” In order to sustain economic growth, we must, according to Keynes, embrace vice and deny virtue. We must set aside worship of God and continue to bow to the god of avarice. We must, in short, take up idols if our economy, as currently structured, is to be healthy. The free market does not require this, but the ideal of perpetual economic growth does.

If the health of our economy is predicated on the denial of certain virtues, something is seriously amiss. If the ideal of perpetual economic growth requires a perpetually frenzied consumerism, it is time to consider a different indicator of economic health. President Obama’s stimulus package is clearly based on this false ideal of perpetual economic growth. This ideal is embraced by the leaders of both political parties, even as the Republicans reject the specific means to that end. As the slurry of dollars begins to wash over us, many Americans are looking for a new direction. A return to the virtues of self-control and thrift would signal something really radical. So would a return to the idea of sustainability, a return to the belief that conserving for future generations is our first duty, and a recognition that putting aside idols is the first step to wisdom.

The Economics of Distributism Part 1: Does Capitalism Work?